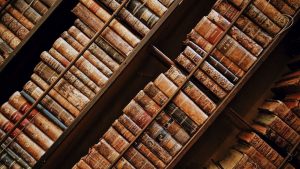 Both cause you to cope with life poorly, to have less and less freedom in life.

And interestingly, both came from the desire to have more freedom, and to give our offspring more freedom than we had ourselves.

The problem can be summed up in a word: choice.

We think that the more choice we have the freer we are. 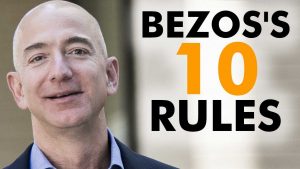 Whereas real freedom is recognizing your limitations and make the best of life within those limitations.

Freedom is NOT about having to do whatever you choose to do, whatever you fancy to do, like a puppy… chewing slippers when they feel like it.

What we call choice, in the common parlance, is not choice at all… in fact it is not our choice even. 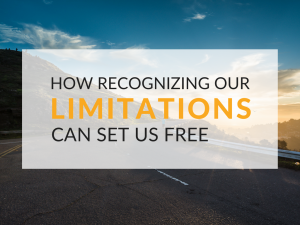 When you ask yourself or anyone, why they “chose” what they seemingly selected, there is always a reason… and the reason is always something that is Not-You…

All lead to disastrous health. Why? Because our DNA hasn’t evolved to deal with those choices.

My mother who grew up BEFORE this insistence on freedom of “choice” took over Life, she fed us the way her mother fed her four children.

But at some point she read somewhere, one of the biggest hoaxes perpetrated on humanity, that vegetable oil was superior to animal fat… and with that our whole family developed hypertension, and both her and my father suffered and then died from it. And my brothers and their families suffer from it too.

I was lucky, and changed back to animal fat 17 years ago… I have no more hypertension.

Both methods are irresponsible, because both go against Life.

I haven’t yet met an educated person in the United States… not one. Among my clients or students I am finding one who is close to being educated. She lives in Germany, and is autistic. The rest grew up in a culture that encouraged them to choose what subjects to study, resulting in no education to mention.

The more “freedom” they had the less they know.

Some even claimed their “freedom of choice” in high school, saying: ‘I am never going to need this, so why learn it?’

When you have no foundation on which to build, from which to be able to tell if something is true or false, useful or useless, it is impossible to become an expanding human being.

The reason I coach through a comprehensive program like the 67 steps, because it is the closest method I have found that can fill in the holes in your foundation.

Of course, if your attitude won’t change, and you’ll claim yourself the liberty to ignore what you don’t like, and only pay attention to what you think is useful to you, then you’ll neither get an education, nor will you grow through that program.

You’ll remain firmly embedded in the 99% of humanity that is miserable, and hapless.

Fine with me. I just wanted to let you know why you feel the way you feel.

PS: Here is the beginning of the article I mentioned…

BACK TO THE FUTURE
The most forward-thinking, future-proof college in America teaches every student the exact same stuff
Written by Peter Marber
June 21, 2017

College is supposed to help young people prepare for the future. But as headlines warn that automation and technology may change—or end—work as we know it, parents, students, and universities are grappling with a new question: How do you educate a new generation for a world we can’t even imagine?

A recent Pew Research Center survey of 1,408 technology and education professionals suggested that the most valuable skills in the future will be those that machines can’t yet easily replicate, like creativity, critical thinking, emotional intelligence, adaptability and collaboration. In short, people need to learn how to learn, because the only hedge against a fast-changing world is the ability to think, adapt and collaborate well.

But many American college students may not be learning them at all. In the 2011 book Academically Adrift: Limited Learning on College Campuses, Richard Arum and Jarip Roksa chronicled how few American students really improved cognitively–and learned to learn–during their undergraduate education. Few bachelor’s programs require sufficient amounts of the reading, writing, and discourse needed to develop critical thinking skills. In fact, forty percent of American undergraduates now major in business and management-related subjects, reading mainly textbooks and short articles, and rarely writing a paper longer than three pages. Further, the social bonds and skills formed in college today often center on extracurriculars that have little connection to cognitive development and collaborative problem-solving.

But perhaps instead of reinventing higher education, we can give students what they need for the future by returning to the roots of liberal arts. Consider St. John’s College, America’s third-oldest institution of higher education, founded in 1696. With fewer than 700 students between two campuses in Annapolis and Santa Fe, St. John’s is a bit under the radar. But it’s emerged as one of the most distinctive colleges in the country by maintaining a strict focus on the classics of the Western canon.

Many fine schools in the US organize classes and curriculum around Western classics, and St. John’s two campuses look much like hundreds of small colleges across America. So what makes St. John’s unique? First, as David Brooks of the New York Times recently wrote, the college has the “courage to be distinct” amid a marketplace of more than 5,000 colleges and universities in the US. A big part of that distinction is due to a strict adherence to its own curated curriculum and teaching methods, know simply as “the Program” implemented back in 1937.

In contrast to some liberal arts stalwarts like Brown or Wesleyan that allow students to choose from a vast array of classes with few restrictions, St. John’s offers only the Program; it’s prix fixe is a higher education world of a la carte. Four years of literature, language, philosophy, political science and economy, and math. Three years of laboratory science, and two of music. That’s it. No contemporary social studies. No accounting. No computer classes. No distinct majors or minors.