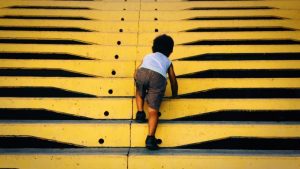 I have been awakened by the same “dream” again and again: you have an idea, you plant it, nurture it, and see what comes out of it: a bug or a plant? If it is a plant: is that plant worth watering more? Is it going to bear fruit?

And that process… idea, plant, nurture, evaluate… again and again…

So this morning I just had enough of it. I got up early just to shut the guidance up. Because I didn’t know what to do with it.

Since getting up, I have taken care of quite a few things… and now I am sitting in front of my computer, scared from the tropical downpour and the lightening that is hitting too close to home.

But suddenly I get an insight: I live as if there were two people in me: one who does what I say to do, and the other who doesn’t know that… and is utterly unhappy with me for not doing what I teach.

No voices that I can detect. It is more shoving and pulling and tugging and tossing me about. 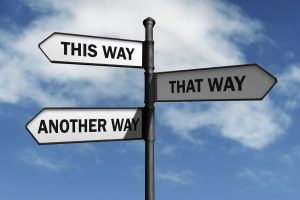 As a person who is in business for myself, I am in marketing and sales, no matter what I am “selling”… or what my service is.

After all “if I don’t do for me, who will do for me?” Even if I had friends, or a husband, or staff: they can only do for me what i see there is to do… And if I can’t see what there is to do… I am shit out of luck… no one will do it for me.

But how do you see what there is to do?

Obviously the one part, let’s call it IT, doesn’t see what is there to do. IT is also always in a panic, always in a hurry, always fretting that “we’ll fall by the wayside”, IT’s words, not mine.

So IT is always on a shopping spree. Always trying to survive, trying to win big. IT is always scheming. Video, shmideo. SEO. this gadget and that gadget. Black hat, white hat… IT buys, but leaves the doing to me. 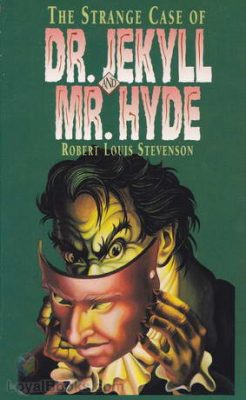 Sounds schizophrenic? It is. It is like I have times I can’t account for… while my Dr. Jekyll/Mr. Hyde… IT is Mr. Hyde, the bad guy, goes away and I am left with some software, some program, I never wanted, because I wasn’t even there when it was bought. 1

The purchases pile up, the bad feelings that I have about myself of spending money on something I never had time or intention to do…

Sidenote: In the Amish Horse Training Method this is one of the weird things one needs to track: this schizophrenic tendency of us humans… that keeps us always chasing our tales, and feel bad about ourselves.

I only recognized this as IT, this morning.

I guess consciousness was aware that I can’t see… that the phenomenon never shows up at the same time, and it was forcing me to see it… It’s taken consciousness a while to wake me up… But now I am awake, and it is hard to breathe…

How much more haven’t I seen?

But I am grateful for what I am seeing.

The job is… like with any voice, is to observe it and identify it as not me. Simple but will require me to stay aware even when Mr. Hyde knocks Dr. Jekyll unconscious…

The pilot light… activate the pilot light… the aspect of me that never goes to sleep. And ask consciousness to do the Amish Horse Training Method even when I am absent… until I can stay awake and do the Method myself.

Now, you wonder what Dr. Jekyll does that you could model after? The behavior I have been trying to teach, while struggling with my own behavior that don’t match what I teach.

Dr. Jekyll is an experimenter… in addition to being a good gardener, always taking care of everything… He takes care of the foundational issues very diligently, life, work, health, relationships.

And in addition to that, it makes tiny changes, adjustments, when it is clear that they may work.

Result: my health, in spite of a rough almost 70 years, is now evenly good, my strength is increasing, my stamina is increasing, my hair is now healthy, my digestion is working, and I am nearly always in a good mood. I sleep reasonably well, and my eyes are not worse than they were when I was 16…

My work: I am making a living. Work is not hectic: I have a lot of freedom what I do when… I am never in a hurry, never needing anything…

My fulfillment… obviously that is also an area of amazing results.

I now can claim, not hypothesize, that my methods work, and that I can take, anyone who is willing, to raise their consciousness and become all they can be… or at least move in that direction.

Obviously willingness is not something I can give to someone… but the exercises cause willingness. Obviously I am near powerless in fighting the environmental influences: family, friends, social media.

It is the student’s job, and it is part of willingness. Men are better at that than women… Women and “girly men” gain their self by possessing, controlling, power over others. Until and unless they are willing to let go of the “power trip”, their vibration will not rise… So you see, willingness is the big issue.

I feel connected to humanity: I now have friends who are neither clients nor students… a big step for me. 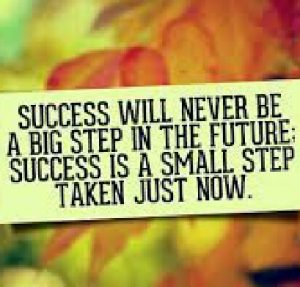 By attending to every area, but only to what is important. What has a big return on investment.

Dr. Jekyll does not sweat the small stuff. Dr. Jekyll has an idea and then tests it. It pays attention to it, it keeps that “plate” spinning, until the results show up and show themselves.

Some results are puny, insignificant, and the experiment gets terminated. But it was not a waste of time, because the results allow Dr. Jekyll to ask different questions, that weren’t possible to ask before.

And this repeats itself, with enough frequency, that my life today is not comparable to how it was 17 months ago, when I started the 67 steps…

Now, what does the 67 steps have to do with it?

My hunch is: everything…

Being taking on a trip, daily, to inspect my life is what the 67 steps has done for me.

Instead of remaining a one-track person, who doesn’t attend to anything other than work, I am now a well rounded person… with a well-rounded life. 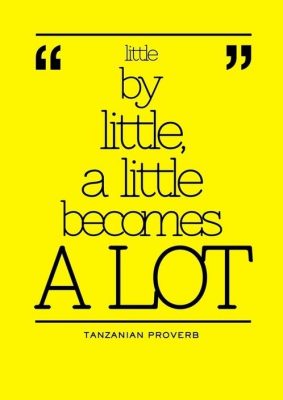 And even in my fight with Mr. Hyde, I am winning. I spend a lot less money on “campaigns” and big hopes, and pie in the sky schemes.

In fact, I spend hardly any time… The biggest cost that I see is that while Mr. Hyde wants quick results, big splash, flashy whatnot, I am blinded to what small results I can go for…

For example for years now one of the big flashy things Mr. Hyde wanted is to design a blog theme that works well on mobile devices and also on the desktop computers.

I spent money ($$$), time, self-torture, while nothing was happening.

Finally, in a lucid moment, I decided to NOT develop my own theme… just use something out of the box.

Yesterday i checked my stats and found out that the moment I surrendered Mr Hyde’s egotistic need for uniqueness, my site’s stats improved tremendously. 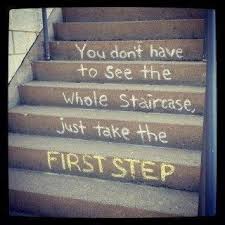 We are talking about 1200 visits a month that are now longer, and instead of annoying 1200 people, I now can educated 1200 people… And some of them, by the grace of god, will become a client, a student, a person who starts becoming all they can become.