I always had a direction in mind when I wrote those articles, when I had those webinars or calls.

One could say: I started out in New York, and I wanted to end up in Seattle. I didn’t know much about anything, but I knew one thing: If I always head West I’ll be near…

When you track your current path on the map you will notice that it has a trend. The exact way you can tell from a short section of rails the direction they are heading. If you told the truth where that path is heading, you would say that it is heading not where you want to go… So what is there to do to change your future?

Let’s use the map of the United States for the sake of the visuals among you. 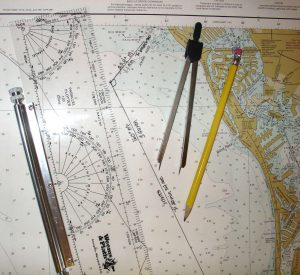 You want to build a railroad from where you are to Seattle. What are the important things you need to know?

In our railroad-building analogy you’ll find that the hardest to tell is where exactly you are. It should be the easiest, but it is the hardest.

Having worked with thousands of people, 99.99% of them are deluded as far as their current location is concerned.

On this level the biggest issue is your worldview. In your worldview you are an effect and the work is done by others or by things. Like energies. So you don’t even think of what I give you as tools. You don’t learn to use them… Because you don’t think of life as work, as a process, as something you create by using tools.

This is the part I have been neglecting, because I didn’t even realize that your mindset is not friendly to work. To using tools. To do what is yours to do.

And although level 1 and level 2 are very important, none of that can get done without using the tools. If you bring your current unproductive, victim-like worldview to this exercise, you’ll never get to Seattle. Guaranteed.

What will get you there are the tools used by you… The tools do nothing without you using them correctly. Bummer, eh?

In this series of articles I will give you tools that used skillfully, will change the ‘terrain’ and remove the inner obstacles. Tools that are ‘designed’ to unstuck you from the fixed path you are on, so you can change direction and change your future.

Some 13 years ago, as a class assignment, a class on designing and leading webinars I held two 45 minute long webinars. Webinars on the tools of getting yourself unstuck. I have the recording included in the freebies people who are in the [communication] group.

Of course the presentation was too darn dense… and even though it was my webinar, I found myself checking out from time to time when I was re-listening it.

I think I decided then and there, back in 2009, to only teach bite size information… or I cause people to be overwhelmed…

Detached… aka Getting Unstuck

Anyway, I subsequently created a course called ‘Detached’, which is actually the Get Unstuck course, but I only realized the essence of what I was teaching halfway through the long course.

You can buy it, and follow along… But… and this is a big but. Unless you USE it as a tool, learn to use it, good at using it, and use it when its use is warranted, your results will be between zero and none.

Get the tools of getting unstuck