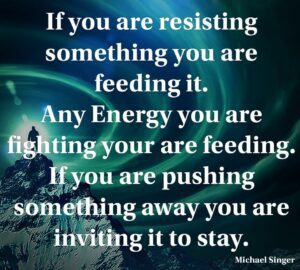 One gift my father gave me is he encouraged me to not resist. I went through several interpretations of what he meant… I thought resisting made me a person, but I was wrong. Resisting gave the power over to others, and kept me stuck… stuck, stuck stuck.

What he didn’t say that he meant: life, reality is built of patterns. and all patterns you don’t recognize, you don’t identify accurately lead you to inaccurate, unworkable, or misleading conclusions. Thinking resistance, fighting, pushing back is a good thing kept me miserable for decades.

Through that he had a huge career, and a long happy life… after very humble beginning.

But you have based, you have built your life on unrecognized patterns that lead you to inaccurate, unworkable, or misleading conclusions. That is the story of your life… but you may not even be able to track what I am saying, and I am not condescending, I am stating a fact. 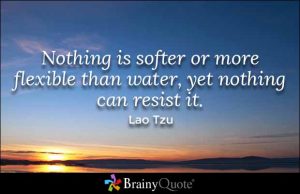 To recognize patterns you need to be able to see.

Seeing is one of the MetaSkills you need in the 21st Century.

In my coaching program, every time a student sees something they had never seen, that is a reason to celebrate. Example: one of the students discovered… yesterday, that he approaches every interaction with the desire to be approved of.

I cant believe it .. i can see how i bring that to all interactions with people, the need for approval.. in an unspoken way i am asking to be measured by others basically, i ask /look for it and then it bothers me when the ones that use that for their own power do so. So i have to just give that whole mess up . That’s it . My choice . Its surprising to me how i didn’t see it before .

To be able to see AND recognize what you see accurately, you need to have seen a lot.

Most people I know have seen very little.

I have read four thousand books. Not skimmed them: read them. This doesn’t include the textbooks I read for my almost three masters degrees. My MBA is one credit short 🙁 meaning I have the knowledge but no paper to prove it. But I never read for degree or grade, I read for knowledge, even when I had to.

I am not a good puzzler… dyslexia is not a good thing to have when you want to solve puzzles. Why? Because I can never be sure that the letter or the number I see is what is on the paper…

Anyway, I am only using myself for comparison. I am pretty good (in school grade A-B).

Most people I deal with have read less than 100 books. Traveled to no other countries… or if they did, they stayed in the hotel where the conference was, or at the resort with other people from a different country. 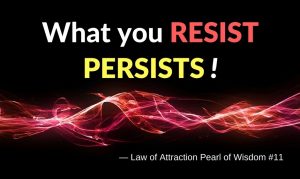 So when you look at a pattern, you have a ‘pattern-vocabulary’ that is insufficient to see a pattern that is revealing something about you, others, or life.

I have spoken about the Sequoia groves. The Seqoia is a huge tree that has shallow roots. So Seqoia grows in groves and the roots of the many Seqoia trees create a wide ‘disk’ of a bulk, preventing not one but all the trees from being uprooted.

The wind needs to ‘deal with’ the whole grove, not just the individual tree.

Now, as I explained to you in that article, for you to be able to integrate what you read, whether it’s an article or an book, or a lecture, you have to have the root system already.

What I didn’t see at the time is this: you plug the new learnings into a system of patterns that you can see… and if you don’t… it is as good as never happened.

If that system is non-existent, or has big holes in it, the new stuff falls through the cracks.

From my point of view they disappear. You forget them. They don’t come up when I speak the magic words to recall them.

It’s as if I were throwing darts… but there is no dart board… or whatever that bull’s eye thing is called.

I lost my dart. Wasted my breath. No existence.

It takes conscious effort to build a root system… A framework from which hang new knowledge. A framework that creates your world as a coherent whole. It takes a lot of work, consciously.

It is always and specifically not being able to recognize patterns, because you don’t have any stored, or not enough. 1

The patterns you accurately recognize are the root system you can connect new information, new insights, new learning, new patterns to.

Of course, in the course of a lifetime you add patterns to your database that are not accurate: they are made up. Religious, spiritual, political, psychological, behavioral…

When you learn new patterns, mostly principles of winners, proven, these can get over-written, but often you need to weed them out… look at them, recognize them, kill them.

Here is an example from my mail this morning:

i’m trying to understand here. if you were connected with source .. you would also know that I am source as well. if you were unable to find my facebook.. or if I didn’t have facebook could that make a difference and why? it leads me to think there is something else going on. if i’m wrong i’m wrong but it’s unclear for me. i’m not exactly sure why my facebook wasn’t found by you. perhaps it’s for the best.
you say you’re at a vibration of over 900 . I find that hard to believe if you just dismissed me like that.

The pattern not recognized here is this: she says: if I am made of Source (maybe) then I am Source…

But the part doesn’t equal the whole… that is the pattern.

So you can immediately see that this person has a hard time ‘doing’ life, because she is clueless of fundamental patterns.

Now, let me return to where I started: resistance.

A limited view is a few beliefs and patterns, that are either false, or are disconnected. Not a Seqoia grove… not a foundation on which you can learn new things, become an expanding human being, live in the vertical dimension of life.

Life, reality, existence, has rules… thank god. Life without rules would be unbearable.

You say it is already unbearable? That is because you don’t know the rules! The rules make it both beautiful and bearable.

In yesterday Talk To me call I shared that my visual for a life with rules is a ball room with columns, or even a small prison cell with tight walls. 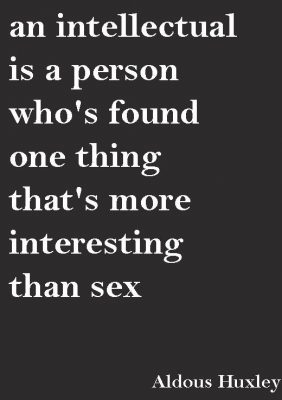 The question: can you dance in either?

When I asked the group, many said: no.

Those who thought ‘no’, whether they said it or not, are the people who don’t know that life has rules, and that rules are what make it great. They think that a rule-free world would be wonderful…

Where work didn’t earn you anything, where everything could be taken away from you, without rhyme and reason.

Do a thought experiment, and reconsider…

I live a life with extreme limitations… i.e. a ball room with lots of columns. 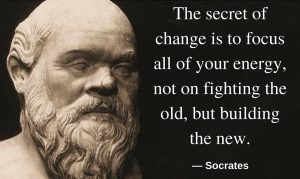 This may be one of the secrets of my high vibration: I need to be aware so I don’t smash up against those columns… And need to be creative, innovative, that I can carve out a life for myself.

The worst conditions for self-growth, individual evolution is circumstances that are not restrictive… not hard, not limiting.

Why? Because of one of the main patterns of life, ‘All happy families are alike; each unhappy family is unhappy in its own way.’, the Anna Karenina principle.

The path is strait as in straitjacket! and narrow, as in not wide. Not random. Not happenstance.

Unless you have a lot of principles, aka patterns under your belt, your chances of hitting on the strait and narrow are between zero and none.

I know, I am not a positive thinker… If I were I would have a vibration of 130, and would be miserable.

PS: As I was researching other that wrote about spiritual patterns, spiritual principles, I encountered Dr AR Bernard… so I am guided to give you the truth value of his preaching: 1% and his personal vibration: 110

Now, why am I doing this? Because just like the email writer sees patterns that are wrong, Dr. AR Bernard, senior pastor of a huge Christian congregation in Brooklyn, NY, is basing his entire teaching on untrue patterns, untrue principles… that sound…. oh so very nice.

If you want to get YOUR numbers… you can… here 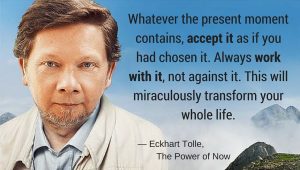 You Only Get More of What You Resist… not of what you want!

saying YES to whatever life presents is the opposite.

When you put up with something, tolerate something, you are resisting it.

Unless you can dance with what you have, you have said NO to it.

One of the ways you know you resist something is that you think it is wrong and it needs to be fixed.

Positive thinkers try to fix the negative thought… What ‘wrong’ are you trying to fix so it is now all you are about… and not about anything that you want.

If you are one of the many who don’t know what you want to achieve in life, what you really want, I am 100% sure you are a ‘fixer’, you judge life, things, people, yourself… and that is all resistance.

The more you can allow the more you’ll be able to climb out from under all that ‘wrong’ you resist… and you’ll start to see the path… sooner or later.