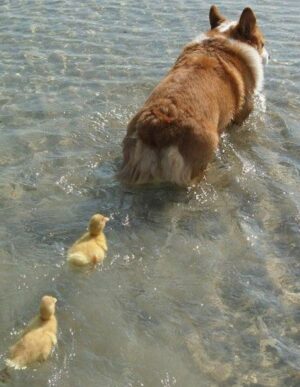 Your starting point measurements tell me the whole story that you are.

And the picture of putting all those starting point measurements together also tells me how humanity as a whole is doing.

Or they are that all smiles picture they post on social media, that everyone says: how pretty!

These are the actions you do day in and day out. Not on the holidays, not during the carefully orchestrated events. During the ordinary. The 93%.

This, that who you are is really the 93%, is true in every area of your life: In health, wealth, love and happiness.

How do you design your life for the 93%?

Here is an experiment I did or really am doing: I’ve bought a new ‘grain’. Teff. The world’s smallest seeds, they come from Ethiopia. Bob’s Teff flour I bought. I wanted Sorghum, but the store didn’t have it.

Then I made porridge from it, water, salt, and added some butter.

I ate a little bit… and then got sick.

I was standing over the toilet bowl poised to vomit… but in the end I didn’t.

My body finally calmed down.

Will I be able to eat teff porridge in the future? We don’t know yet. This is part of my 7% to test certain foods. Just the thought of it makes my stomach tighten up.

Your integrity is low, you lie to yourself.

One of the reasons your success score is so low is because your integrity is low, and for some of you: non-existent. Zero.

You think of getting somewhere on time and such trifles mean integrity.

But unless the 93% of your life is taking you to the best life possible, your integrity is going to be low. Integrity is between you and you… and if you don’t take care of yourself, you are cheating yourself.

Integrity also measures the power of your word… When you want to create yourself, your context, your beingness, your attitude. Without integrity nothing works.

Zombies chasing mirages cannot have integrity. Mirages are mirages, and the chasing takes you away from the best life possible.

If you start a business or course with no foundation, no guidance, no understanding… you are going to fail, guaranteed. There was no integrity in you buying that course, starting that business.

And one of the biggest issues I see is this: you don’t know yourself. You think that being smart, buying a book, buying a course will automatically take you to where the book/course promises to take people.

You think that coming to one of my workshop will do that… and it won’t. The workshop is part of your 7% pretend life. What you do in your life, in your 93% is the only thing that will matter.

You have no foundation to expect a course or a workshop or a book to alter your life. Why? Because your map of reality and reality don’t match. Because what you read, what you hear you misunderstand.  And you don’t even know it.

Unless you have a guide who can correct you, every step of the way, the astuteness level you have will determine your results…

You cannot, will not be astute under the level of 15%… That is measure #10 of the starting point measurements. (10. The size of your accurate vocabulary: the number of words you can use accurately.) We only count the ‘distinction words’ like freedom, generosity, reality, truth… the beingness words. That is where you need to be accurate.

Astute means that you can see things for what they are.

So given that your astuteness level suggested by the accuracy of your vocabulary is low, (I haven’t had anyone who hit 10% yet! Not even one person…) here is the biggest issue: Who is going to guide you in your actions? In your attitude? In your being?

Having someone to model after , especially if you can do it through a lot of clarifying one-on-one conversations. If you model their outside behavior their behavior that you most likely misunderstood,  nothing good will happen.

I am an empath. I had two models as a child, a mother and a father.

My mother was an internally conflicted person: she disliked me. That dislike fought inside her with the desire to be a good mother. The two extremes were jerking her hither and tither. (And if you have those extremes yourself: they jerk you too.)

Her unpredictable behavior was why I was a good fit for ACOA… alcoholics behave the way she did. She didn’t drink. No one drank in my family.

Psychiatrists call this phenomenon ‘double bind‘, where two extremes alternate in a person’a behavior. This can lead the target (me) to schizophrenia. Why? because the mind refuses to deal with confusion and escapes into a world of its own.

Because I am an empath, I narrowly escaped that predicament. I felt her internal struggle. But in some ways modeled myself after her: a person with internal conflicts, a person with an unbalanced mind.

In biology modeling is called imprinting…

…the baby animal imprints on a mother figure, and follows it around, learns how to be. I’ve seen a youtube video about an orphaned calf who imprinted on the dog that nursed her/him, and now behaves like a dog. 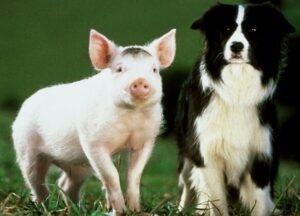 An animated movie I really liked about a pig that imprinted on a sheep dog, the movie: Babe. Watch it

Being like my mother has lead to the opposite of the good life.

It has taken me all my life to remove that imprinting, and I succeeded to the degree I have. 2% of my behavior is still my mother’s. 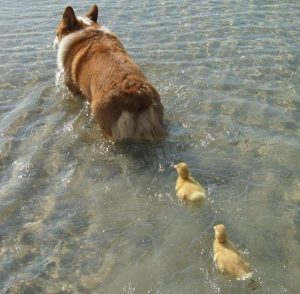 I also imprinted on my father. Seeing my father do what he did, he was successful, I recognize 50% of my behavior coming from my father.

I was also lucky that I had teachers who took a liking to me… and acted as mentors.

Also, I have been, mainly, learning ways of being from books. Many books. I am an avid reader. Nowadays that I have more time I read 1-2 whole books a week on Kindle. I underline and share the important ways I notice to a site called goodreads from my Kindle.

And I also learn a lot about the world, about other people, about the inclinations of people… I am getting more astute with nearly every book.

The conspiracy theorist, the post-truth morons of the world don’t read, or when they do, they read only what agrees with the fantasies they consider truth. 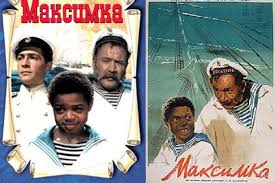 I remember most of the characters from books or movies that I have emulated.

I have read many thousands of books.

It seems all my heroes shared one thing in common with me: they were alone.

They did what they had to do to grow so they can fulfill their mission in life.

You can pick the person to imprint after.

According to Tai Lopez, who quotes from the Selfish Gene, a book. I never caught this bit, but it’s important, but I quote it from where I found it the human brain evolved to be a simulating machine, a learning machine.

Simulating is actually a very involved process… it is not mind-imagination. Simulation creates muscle memory. If your mental processes don’t, then you are just stirring the pot; what you are doing is daydreaming, not simulating.

In simulation your muscles move. Your emotions are tested. Just like sitting in the cockpit of an airplane you are flying. No daydreaming, no imagination. You are doing it.

One of the characters I learned from in Stanislaw Lem‘s novels is Pirx. A cadet. On a dangerous flight (simulation flight) a housefly gets into the cabin and creates a short circuit. In spite of that technical tragedy he manages to keep control of the machine and land it. When he gets out of the cockpit he sees that all his classmates wrecked their machines…

Unless you can wreck yourself in the simulation it isn’t for real.

Of you can live a life where you learn from other people’s failures… much better.

Yes, you can learn nearly anything at other people’s expense… skills, profession, behavior, beingness… whatever you need. I did that… and I still do that.

I get paid to learn, I get paid to experiment. The only area where I can’t do that is health… It’s not ethical.

The Nazis did that. All countries did that… probably still do. I believe that all these manufactures diseases are that: experimenting on people.

You have failures in the thought experiments but through what you learn there you get to the actions in life prepared.

I have many favorite movies.

So I learned love from movies. I learned bringing the divine to everything. Yes, I learned the sacredness of life. I make sure I ‘own’ those movies.

Tim Roth was played the title character… the same Tim Roth from the Lie To Me series on Netflix.

His character, both in that movie and in the TV series, is simulation galore… for me.

Not because I want his life, but I want his joy, I want his ‘I don’t care’ attitude. I want to be true to myself, like him.

Who you are is who you are 93% of the time. Who you seem to be, a cook in a kitchen of your life. In a kitchen that is incredibly well equipped, but has one, maybe two ingredients. No skills, no knowledge. So you order in.

If you’d like to watch MY favorite movies, you can.