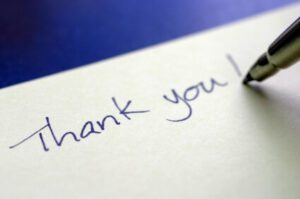 I got a thank you note today. I get quite a few of those, I must admit.

They are a great way for me to track how the methodologies and principles I use in my teaching work. I mean, how effective I am, how effective the methods are. They track my ability to make a difference in the world. (Someone please remind me to write about how I view my making a difference… OK?)

Today was a huge success. I did not even recognize myself.

I was attempting to have a conversation with my sister when she became extremely aggressive upon trying to control me and failing. She was in my face yelling and pacing around in circles.

I remained calm and did not attempt to defend myself as the lies flew at me. I was able to stick to the subject and not accuse.

At this point her husband jumped in and tried to intimidate me, pointing his finger in my face and yelling. They both looked like mad men ganging up on me.

I did not raise my voice or get emotional. This is the first time in my life I had no fear in a confrontational situation and it felt GREAT! To be honest I think it frightened my sister & her husband. They did not know what to think of me, I have had many weaknesses in the past but now I am strong.

This was the note.

What was the story?

This person, let’s call her Josephine (not her real name) was given up for adoption at an early age. A loving couple with two children aged over 10, adopted her as a baby.

The birth children never accepted her as a sibling.

In her mind, in her thinking, in her words, she was abandoned by her mother. She put together a strategy of being meek, never speaking up for herself, always seeking approval, taking care of everyone, etc. to prevent the ‘inevitable’, being put out, cast out, not wanted…

She is a bright and sprightly 50 year old today, with her own children who disapprove of her, with a nasty divorce behind her, where the ex never paid a dime child support, etc.

She could have continued living this movie, except the soul has been banging, nudging her, so she decided to become her own person.

We met in a course and she started to work with me.

We started with the automatic statements or what happened.

of ‘having been abandoned by the mother/not wanted‘ and invented a new one to compete with the original: ‘her mother loved her so much she wanted her a better life she herself could provide her‘.

This parallels the old story of each person has two wolves inside: a black one and a white one. Your life will depend on which one you feed. The new sentence and the new attitude, behavior, self-image is the white wolf…

We did not stop there (most methodologies do!) and started to build ‘legs’ under this (this is the way I express that instead of something being just an idea, like possibility in Landmark, etc.) Without legs this new person won’t walk… so we created actions and behaviors and attitudes consistent with that new being. This way it can become a sequel to one’s movie, unlike the original script.

We went, and imagined and created new ways of being, new attitudes and new behaviors in different, specific to her, situations. Ways of being, attitudes, and behaviors that are ‘informed by’ and based upon this new story, that she had a loving mother who wanted the best for her. And she was indeed lucky, her new parents loved her dearly.

We invented a new way to behave with her siblings, especially her sister.

Earlier this year their mother died and left a large inheritance equally distributed among the three children, natural or adopted. The natural daughter is refusing to release Josephine’s inheritance. She is feverishly trying to spend the money to not have to give any money to the adopted one.

The note said it better than I could ever say: Josephine stood up to her sister and brother in law, and will do whatever she needs to do to get the money her parents left for her.

Inconsistent with the early story? You betcha! That is the point! Create a new personality and have your future be by your choosing.

This methodology, building legs under a future self, a possible way of being is the part that is missing.

So it takes time. It is work, but it is the kind of work that pays you every day of every year of your life with a life you can love, where you are yourself and you love who you are.

Before I offer you the course I teach this, I need to know if you will be able to abandon your old identity.

I measure it as part of the new Starting Point Measurements…

Why wouldn’t you be able or willing to leave the old you if the new you is so much better?

Entitlement. You have, maybe, lived all your life entitled to get everything done for you because you were and still pretending to be small, weak, and someone who can’t.

Or you have been pretending that you are better than everyone…

Those advantages are hard to give up… so you may not want to.

And although the new you idea titillates you, puts a smile on your face, the price is too steep for you… so you won’t go for it.