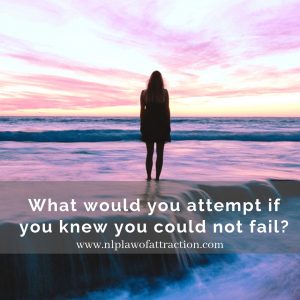 I wrote this article back in 2007, when I was in Pam Ragland’s course…

I want to address the phenomenon of the “Law of Attraction” vs. “victim mentality” in today’s post.

Most of us interpret the Law of Attraction as a kind of “Cosmic Soup Kitchen” where you sit at a table, a waitperson comes and takes your order, and then you wait for your order to come.

Some people’s order comes faster than yours, some others’ slower, or never.

It all seems random, and capricious. Like the Universe is playing a game with you.

Frustrating to most, happy and great for some. It seems like there are chosen people, or lucky, and something invisible marks YOU as the one who should never get ahead, never get what you want.

You follow the instructions in The Secret, and still nothing.

You can taste the sweet success as you are playing it in your mind’s eye, over and over again. Still, Nothing.

I will turn to MY major source of wisdom, the Kabbalah, or the Book of Splendor (The Zohar).

Why? Because it has an answer that I have seen working, all the time.

The answer to this above dilemma is explained in the scene where Moses is leading the Israelites out of Egypt, they reach the shores of the Red Sea, and the Pharaoh’s army is in close pursuit, breathing down their neck.

The Israelites drop on their knees, and cry out to The Creator. A voice comes out of nowhere and says:

Why are you praying? Go into the water!

Interesting story, but it is much more than a story. It is the key to activating the Law of Attraction: after you place your “order” in the “Cosmic Kitchen,” you need to get into action with certainty, that what you ordered is a done deal.

That act of certainty and courage to go almost all the way is what finally activates the Law. Waiting won’t.

I have been of the opinion, after coaching thousands, that the world suffers from courage deficiency.

The same is with Courage. What is taking up the space that Courage should occupy? I say: Fear. I say: mostly unidentified Fear. Because, at least some of us, idle, not acting courageously, don’t know we are afraid. We seem to be reasonable, justified by the economy, by lack of time, lack of knowledge, tiredness, feeling weak, we don’t know what to do, we don’t know how to do it, we don’t see we can win, it is hard… whatever.

If we knew we are afraid, we would at least have a choice about summoning courage…

In my absolutely favorite movie, “Defending Your Life” our hero, played by Albert Brooks, accidentally activates Courage, by seeing that he will spend of the rest of his lives without Julia, played by Merryl Streep, and that is so unbearable, that his courage kicks in, maybe the first time in his life. But it changes how things go from there… he gets what he always wished for, the girl of his dreams. By the way, he acts on the principle of the stick, from the carrot and stick… I do too. It is how to make me go to action, summon courage… yeah.

Now, we could all wait for a circumstance like that, or activate Courage by being a Powerful Manager ™ in your own life.

Let’s return to the imagery I set up with Moses and the Red Sea: I had a realization today, that my MO (modus operandi) is such that I need to be thrown into the water, and THEN I “invent” swimming. Planning first and acting second  is not my MO.

But unfortunately, for the most part, there is no one to throw you into the water. So you need to do it yourself… So that is my / your next step, to become brilliant at that…

Because going into the water is not an event: every day, when you wake up, you need to do it again… just like the rooster needs to crow every dawn.

I call this being a Powerful Manager(tm) in your life: put yourself into a situation where it is either swim or sink… and then start swimming. The style of swimming won’t matter much: only that you swim.

Your instinct will kick in, and you will swim and “take it home” whatever you were going after. The Universal Law of Attraction activates itself with that courageous act of throwing yourself into the water.

What seems to be YOUR biggest stumbling block to activating The Law Of Attraction? Use the comment form to share