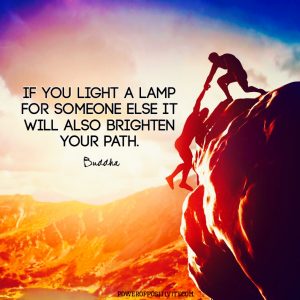 Often the only way you’ll notice your attitude when it goes away.

This is exactly what happened to me today. It started yesterday with a dull distaste in my belly, and today, as I was doing some research, it flipped… and I was left with seeing clearly that my arrogance and maybe condescension was an attitude.

It is hard to see oneself… but I got a glimpse of myself in this.

I am an experimenter, in spite or maybe because of the support I get from Source.

I get answers, but sometimes I ask wrong questions: questions that take me on a loop.

Health is the main area of loops… A loop is when you spend time battling windmills as if they were giants, like Don Quixote.

And then I find something and I get arrogant, and self-congratulatory. I forget that if it took me years to find it with the tools I have. I realize that I should have some compassion, cut some slack for people who can only get stuff from the visible. From the visible, from the the 1% of reality, from the what other people said.

Life, reality, the world of energies is a lot more complicated than the Tree of Knowledge’s linear approach suggests. The approach is 2-bit, compared to the billion-bit complexity of the Universe.

Morgellon’s, the biting mites, is one example where the two-bit explanations make it a mystical condition… It’s taken me eight years to stumble onto a solution that seems to clear it up… so far it more than decimated the mites that cause it.

I’ll wait with the announcement of the cure… I shouldn’t be so sure, even after 8 years.

I also expect no one to believe me… but facts speak for themselves.

Nothing ‘mysterious’ or alien about it, even if it feels like an apt explanation why it feels and behaves like it is from another planet. And that it is intelligent.

The advantage of having me, an empath who has honed her skills and knowledge for 70 years is that I don’t have to see. The invisible cannot be readily seen… obviously… duh.

But it can be felt. So, because I interface with reality with my feelings, I have an advantage. But it still took me eight years! And thousands of dollars spent on experimenting… ugh.

I had another indication of this distaste/condescension recently. It happened after a conversation with a client. The client has issues around going to bed on time, getting up on time, and altogether, having much to say about what she did. Especially she doesn’t have much to say in tha matter of activities that harm her integrity.

When being your word requires you to have willpower, you have already missed the boat.

The issue is in the invisible…

…and unless you have access to the invisible, your life will continue to be the way it is… or more likely on a downward spiral.

That is not fun. But this is not very accessible without some help.

About 40 years ago I read a short article in a women’s magazine about sleep deprivation therapy for bipolar disease.

70% of everyone, young, old, has some degree of instability and alternation between two harmful out of balance states of chemicals in the brain. At the time when I read the article, the number was 30%.

The growing number of people is caused by the internet and smart devices. And… and it’s not accidental, it is potentially causative… by Morgellons.

The main way to recognize Morgellon’s is the approximately 2-hour long itching at night. There is also a corresponding 2-hour period during the day, but you are too busy to notice. I am not…

Because the mites keep you up for two hours in the middle of the night, you start to go into manic state, or if you have a chance to sleep in, into depression…

So there is the connection… the sleep.

Also, if you search when this nightly broken sleep started to be heard of: my suspicion is that it also has a nutritional aspect… the ‘beta testers’ I’ll recruit will test if it is just my experience or if it is how it is.

In my reading on the Internet, I have found that most people cannot tell causes for symptoms. It seems that many people who have Morgellon’s (the mites) AND Lyme disease, which is, for most people, also several causes… more than just one parasite…

I learned in marketing that unless you only change one component, you need a very complex algorithm to analyze your results. This is exactly my testing/experimentation method: change one thing only.

I may still have synergy: that has to be tested in another step. This is why it’s taken eight years and so much money to get to something that seems to be working.

If you think you have the symptoms, I’ll speak with you before I accept you into the beta testing group. 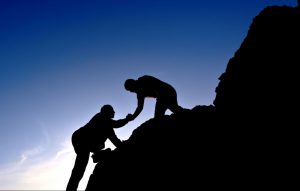 PS: I noticed that I forgot to finish my thought on compassion.

Compassion is one of the highest vibration states, because to have compassion, you need to allow another to see you as you are, meaning: you need to become vulnerable.

And because man is man’s wolf (homo homini lupus), becoming vulnerable is like inviting death… so it’s very rare that a human would even go near that.

What most people call compassion is pity. When you have pity, you place yourself above the person you pity, so your craving for power over others is satisfied. Desire to receive for the self alone. Very low vibration.

But what compassion really means is this: recognizing yourself in the other. Seeing that you have been at the same place and have gone through it successfully. And the willingness to lend a helping hand to help the other through the place where they are.

You see that if you search in your memory, you have no, or definitely not many examples or even instances of compassion… Am I right?