But they aren’t… And like with everything, on the current level of humanity we have a really hard time holding it together, and even hope for a life that is bearable.

But with knowledge can come power… and that is what I am offering in this article. 1

And the definition of good (according to Robert Hartman) is: that which fulfills completely its purpose.

One main area of life where we have been living in a dense fog is feelings. 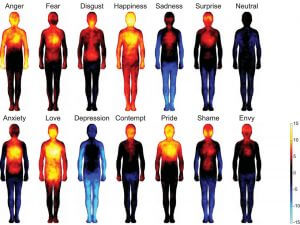 The establishment of the “science” of psychology hasn’t helped, in fact it just made the fog deeper.

Why? because on the root level (think Tree!) nothing was revealed until a couple of years ago when a Hungarian engineer decided that it is time to approach this fog with the engineers understanding of dynamics… and he did a bang up job… meaning, an amazing job.

On feelings, in a completely different way…
The fact that I can explain why Phineas P Gage used foul language may be interesting only to a few neurologists or psychologists at best.

“Okay, but then why should simple mortals read this book?” you may ask.

Because it can help you find your way in the world, one of the many individual worlds, but the only world that exists for you as well: the world of feelings – the world of your feelings.

And this Freud quote had a 50% truth value for everyone…

The life imposed on us is too hard for us to bear: it brings too much pain, too many disappointments, too many insoluble problems. If we are to endure it, we cannot do without palliative measures. … Of such measures there are perhaps three kinds: powerful distractions, which cause us to make light of our misery, substitutive satisfactions, which diminish it, and intoxicants, which anaesthetize us to it.

If you observed yourself (you probably don’t) you would see that this is true for you. 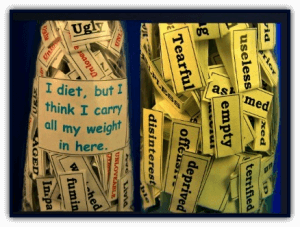 Everything biologists, geneticists, pharmacists, psychologists, medical doctors tell you has a maximum of 10% truth value, whether it is about what ails you, what you should eat, how you should live.

No clarity, no idea!

If the blind lead the blind, both will fall into a pit

and this has been our reality… we live collectively in a pit.

But the Hungarian engineer’s book has clarified a huge part of the fog. With regards to feelings and emotions the Feelings/Words book combo has the power to bring up the truth value of our knowledge of ourselves to 50%. Not very high, but like air… like the view… like the life experience, living on the fifth floor as opposed to the first floor gives you a wider and deeper, and therefore a more accurate view of what is going on. What is what and what it wants to say.

Regarding humanity’s well being, this may be more significant than Einstein’s discovery.

Now, why is this not felt in the world?

Many of my students have read the books, and yet they are not much more powerful with their inner world… but why?

What is missing that if it were there, they would have a lot more power?

I am going to point to the most controversial, the most argued measurement in my Starting Point Measurements: your clarity score. It indicates the rest of the measurements… a very predictive number.

You can’t match words with feelings and/or emotions accurately: this is why I said: you can’t tell your ass from your elbow.

You don’t have an accurate vocabulary of feelings, behaviors, attitudes, desires, of pretty much anything.

Once you learn to match life to your words, or your words to life: life can open up for you and become your oyster.

So how do you increase your vocabulary of feelings?

I don’t know. I can only tell you how I did it:

This was before I knew I was an empath.

I used the Bach Flower Remedies as my teachers. And when I became good at them, knowing how each of those feelings/emotions felt and where, and how they moved, I asked Source to duplicate them, so I didn’t need the drops any more… I could just call them down… and they came… The energy of the feeling I called.

I have forgotten, my mind has forgotten most of what I learned there… it has disconnected the name of the flower and the feeling… but I can still recognize a feeling quite reliably… And then there is muscletest to make sure.

I also know that without having gone through the study of the Bach Flower Remedies, I would NOT be a TRUE empaths… and between you and me, an empath is a dime a dozen, while a TRUE empath is rare.

Why? Because you are born with empathy, but only work makes you a TRUE empath, or a true anything, really.

Anyway, how did I study the Bach Flower Remedies?

Each is associated with a word or a few words. Also each plant has a story, a behavior pattern in its natural habitat. I have the book that describes it in detail. Edward Bach describes the behavior of plants as if they were people… you can learn a lot about yourself and the people you deal with… Fascinating. 2

Hundreds upon hundreds of pages of original writing, and thousands of second-hand writings…

I am not going to suggest that you try to duplicate my efforts. Especially because you have a natural inclination to avoid bad feelings…

But I am going to suggest that you pick a few of your frequent bad feelings, and try to approach them analytically, with the intention to identify them accurately, and when succeeding at naming them, take them through the idea that all emotions are marker feelings.

Marker feelings is a concept invented by Margoczi, the Hungarian engineer.

The concept is that certain words are reliably coupled with certain negative feelings. It’s individual, it comes from the culture of your family, schooling, society, religion, etc. We can say: words trigger emotions.

Your words, your trigger words are, in my humble opinion, are very consistent with your soul correction.

When you increase your accurate vocabulary, your power over your life, your emotional states increases exponentially.

Even just adding one word can double your well-being, if that word is a dominant negative emotion.

For me, the first such word was: “I am personally offended”… I recognized it from the turned down corners of my mouth… And I could see how ridiculous that was to take everything so personally.

I haven’t felt that way for a long time now…

This morning I felt resentful. I felt imposed upon. I resented the way LIFE is treating me.

Once I identified the emotion, I could say: my resentment secretly says that life, reality should be different than it is… But that very moment I snapped out of it, because life, reality, is always the way it is, and my power comes from interacting with reality the way reality is, not how I think it should be. Duh.

Later I felt reluctant… and did a look and see what I must have said about what I was not wanting to do… writing this article… lol… I probably said: a waste of time! ugh.

All emotions are marker feelings. Fear, anxiety, worry, trepidation, stinginess, holding back, hate, regret, guilt, shame… all of them. How many feelings are there? About as many as the energies in my “famed” Heaven on Earth, the bundle of Bach Flower Energies® 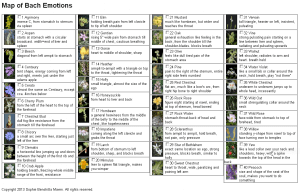 We have more words than 40, but only those 40 are a perfect match to the emotions.

Your job, if you want to move to a higher level of life, need to gain power, or better said: pull back your power from those pesky words that make you miserable.

This is not to say: replace them with a positive word. That theory doesn’t hold water. That theory is to turn you into sheep.

No, what you need to do is discredit the words. Like I discredited the two words creating the two feelings, resentment and offended.

With an intelligent conversation.

One of the programs I actively help you to do that is the Playground.

That is where I give you everything I have to cause you to be emotionally intelligent.

But even before you come to the Playground, I recommend that you start using the Heaven on Earth energy remedy in liquid format… and start learning the feelings each remedy flower represents.

Get your Heaven on Earth Remedy

2 thoughts on “Feelings, emotions… if you could just feel better! How to increase your emotional intelligence?”