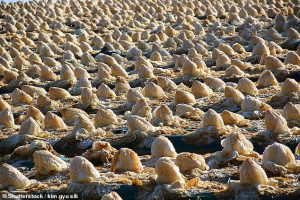 This is an important post… Either read it thoroughly, or just skip it… Please. OK?

Every Sunday morning, for the past 14 years, I have had a 90 minute conversation with a guy who I met at Pam Ragland’s Quantum Thought Shifting course back in 2007.

I have been recording those calls… I call them Sunday Rants… because that is, pretty much, my only chance to rant and rave about things, people, frustrations, disappointments, and return to sanity, week after week. 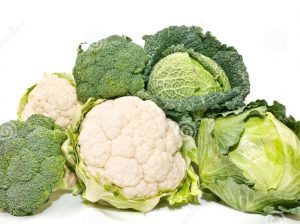 It used to be a lot more ranting, but I am growing too, and I catch myself going off on the rails a lot faster nowadays.

You could say that I do 50% of my creative work on these calls… I penetrate the “for me” invisible realm, and pull the rabbit out of the hat… using the language of magicians… 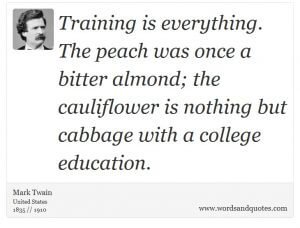 Obviously, by now I have hundreds of these 90-minute long recordings, even I don’t have time to re-listen to them.

I could say: if you could be a fly on the wall of Einstein, would you pay for the privilege? But, of course, Einstein was a genius…

But there is some comparison here that may not be as deluded… just like Einstein, I get to what I get to, I get to new knowledge by patient and persistent staring into the invisible or hard to see reality.

And that, my friend, is a rare behavior.

I am only sleep with one eye on any given night… In this regard I am like a dolphin… just maybe not as smart? lol

Landmark Education used to have a 10-week seminar, Inventing your Life… seductive title, but impenetrable content for most people. In the whole country there were three seminar leaders who could lead the seminar, and as far as I could tell, one participant, me (very humble, eh?) who could follow it. 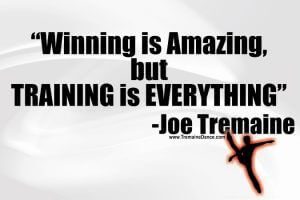 The problem was the language of the seminar… It didn’t give you the answers, it set them up for you to see… but alas, in order to see you have to look… and you have to look in reality… where it rains, or shines, or winds, or the wolves can come and howl… so no, looking is not humanity’s strong suit… humanity has gone “digital” long before the digital age… they (we?) have been looking at the reflection of reality in the safety of our minds… Plato’s Cave.

In order to see you have to look 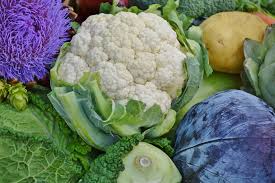 My hunch is that even organically, the human brain got retrained to look inside and not outside in the tens of thousands of years… or more.

If you read the Jungle Book, the ‘Monkey People’ are the same… look in their minds, and not in reality… So maybe we inherited that from our ancestors… and haven’t grow it out.

My hunch stands on the fact that atypical brained people, on the autistic spectrum, can’t and won’t retreat into the cave… they will look in reality, and be WEIRD that way. I am one of those people. WEIRD.

My father: his father abandoned them when he was still a baby, the mother died of starvation, then he was an orphan, going from one charitable family to the next.

He never got a college education, yet he became a PhD, and a member of the Hungarian Academy of Sciences… and his real strength was: he looked. Outside. Observed reality… accurately.

The hundreds of participants in that “Inventing Your Life” seminar were normal brained: they “naturally” looked at the shadow of reality inside their minds… It never even occurred to them to look outside.

It never occurred to me to look inside…

All magic in life comes from the looking! Outside.

Said more precisely, all magic, all power comes from the part of life you are not looking at… I call it invisible, even though the issue is not visibility, the issue is looking, or better said: not looking. 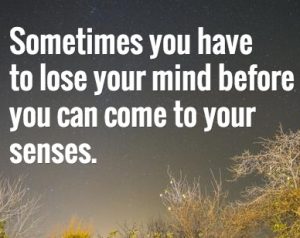 My favorite detectives look and see what others can’t or won’t see.

My hypothesis is that humans can be trained to see again… And that it is my job to experiment to find a reliable way to train them, so they start to look and see.

In my work, see how what they do is ugly, selfish, ‘desire to receive for the self alone’, and doesn’t even serve them. Happiness, real success is impossible on the level of evolution that humanity is at. 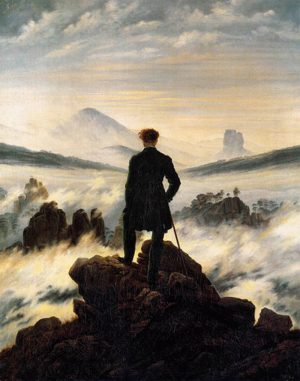 In that Landmark Seminar, there is a crucial session, somewhere in the middle of the 10-session seminar, where you are asked to look into what you can’t see, and keep standing and keep looking.

You are asked a question from a different vantage point: if someone observed you staring into nothing… and then weeks later they came back and see that you are still staring… what would they think? What would they say? 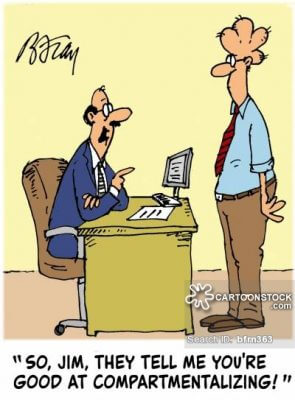 Of course the answer, in reality, is that they would see a crazy person ready to be committed… lol.

But the seminar taught, that the observers would get present to the possibility of possibility. B.S. I call on that… and yet, in reality that is the desirable answer… except it presupposes a world and a humanity that lives outside of the mind, in reality… which is not the case. 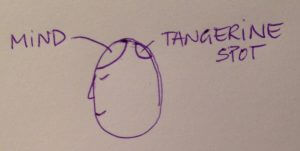 In the current humanity: committing the different ones, calling them names is standard behavior, standard reaction to someone who is staring into nothing as if there were something to see there. 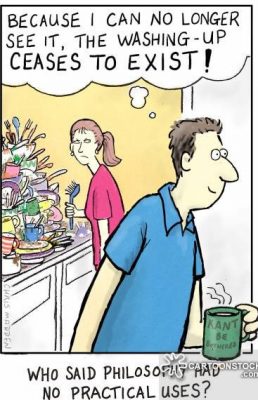 So even scientists shy away from looking… they make up sh*t and then write it up as books or papers… all mind stuff, nothing new.

When I look I see the Matrix… because that is what is happening in that “model” of reality… no looking, no reality…

Mouthfeel manipulated to eat crap and call it a steak… ugh.

So… in the current Playground I plan on doing brain training with people… re-train their brains to start looking in reality instead of the mind. 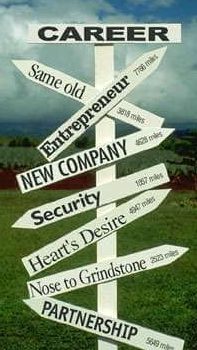 things that has clued me in that people look in their mind for answers to questions, instead of looking in reality using the thinking function of their brain. This is the way people behave on my webinars.

The standard format of my webinars is that we converse, and I take notes, on the screen, as we talk. I teach those notes… those are the “distinctions” or building blocks of reality we are attempting to look at.

Then I ask probing questions… The answer is on the board…

The behavior I expect is that the participants looks for the answer to the question where it is, on the outside, on the board… but no… they, predictably, go to the mind, their memory, where none of the new stuff I just taught is… it is not there. 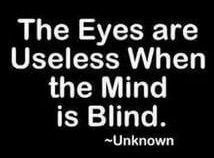 It is clear to me, that there is an automatic “switch” in the human brain that turns inward, where there is nothing useful, and completely ignore, suffers from, denies the relevance of reality that is ALWAYS outside of the mind.

It is the mind that says things should be in a certain way, and it is always the pesky reality that trips the well-imagined perfect scenario: things are always the way they are, and rarely there is any connection to how it “should be”…

This is the fundamental glitch of humanity. Considering reality an nuisance, and imagination, the mind as the reality it should be. 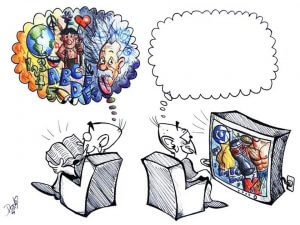 If you can get what I am saying, you also get why humanity is miserable, always frustrated, always slighted, always disappointed, always unhappy. 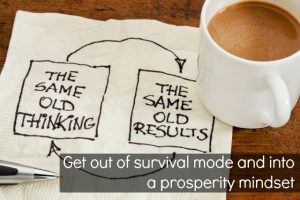 Instead of going back to where there is nothing useful, they haven’t found out that there is a place where everything is useful… Will they? I have no idea.

I watched a little talk by Jordan Peterson’s on IQ, race, and the Jewish Question.

What he doesn’t say, because he doesn’t see, is that the mischief, the main mischief is mistaking Plato’s Cave for reality… and, of course, if you try to handle, navigate, and solve the challenges of the shadows… that is utterly and completely ineffective in reality… the shadows are shadows, no similarity, no real connection to reality.

I can feel that this sentence is making you angry… The angrier you are, the less relationship you have to reality.

There is never anything wrong in reality. In reality things are the way they are… A is A…

Only in Plato’s Cave are things the way they should be or should not be… In reality things are never in any comparison with anything… because what you compare them with is not real. In reality there is no comparison.

I have one student who has been grappling with this issue, going back and forth between the cave and reality… He is 70% there. His effective intelligence, his ability to change, rearrange, navigate reality has gone from average (100) to 115.

My most favorite quote comes from Mark Twain. Training is everything. The peach was once a bitter almond; cauliflower is nothing but cabbage (a person with severely impaired mental and physical ability who is dependent on others for his or her subsistence, a person is so badly brain-damaged or ill that they cannot do anything.) with a college education.

What he is saying there, is that if you want to become more effective in reality, and enjoy all that can give you… a huge edge, then you need to get trained.

Your brain, untrained, is a cabbage… you want to make it a cauliflower…

Is it going to be intense? Painful? Humbling?

Is it worth it? Hell yeah.

Let me refer back to The Jewish Question, for a moment.

The difference between Jews and non-Jews, is the amount of training. Not every Jew gets trained, by the way… But most Jews are born into houses with a tradition of learning, a tradition of discussion at the dinner table, an attitude of not accepting anything as the truth until YOU can see it. Children are not told to shut up, they are treated as people. They read, they argue, they debate, and they grow a cauliflower brain.

Did you catch the “see” part?

That is the difference between Jews and non-Jews… Jews must see it for themselves, and it takes a lot of looking, looking into the seeming emptiness, before anything is willing to show from the invisible, from the 99% of reality.

We had our first What’s the Truth About You workshop.

In my courses I don’t leave it to your own devices to do whatever you normally do… In my courses I override, muscle test, tell you what to do, where to look, and force you to look.

A tad forceful. So far everyone is grateful… except maybe one person… who is certain that he is right and has always been right. Yeah… so why are you in my programs then?

Happy, fulfilled, accomplished people don’t come to my classes. They don’t need it.

But if you are here… you need to accept the guidance, or you are wasting your time, wasting my time. Unless you like to make me miserable… lol.

Your Starting Point Measurements reliably predict what you’ll do in my courses. All 34 measures are predictive in value.

Want to know yours? It’s a snapshot…