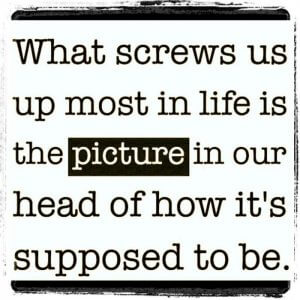 Do you spend time with yourself? Or are you trying to be busy all the time? What does that say about you?

Your soul, your spirit, knows right from wrong

If your soul only had an opportunity to talk to you. To be heard. You’d probably consider stopping doing the wrongs, the unproductive, the irrelevant things that you do. If only to have peace inside, to have less tension, to have more joy.

To have time and attention to build something. To work towards something that is worth working towards.

Not because it will be, at the end of the journey will be something, but because it is worth DOING every day or every week…

And it is either spent doing something worth doing, or it is spent pining after something that will leave you empty until the very end, when it won’t matter.

And they, the soul, the spirit make you miserable… to direct you away from the useless life you lead…

The two selves we all have are twins separated at birth…

…one grows according to the DNA. The other self grows dictated by outside influences, mostly reaction to the… It’s nature vs. nurture.

The further reacting to outside influences make the one self go, the worse the relationship becomes. The more the one hates the other self.

Which one is doing the hating, you ask?

Quite counter intuitive, but it’s the bad self that hates the good self.

Why? There is no hate in the DNA… there may be anger, but hate is an ‘over time’ phenomenon… not just a flare-up. You sustain it. Over time.

You hate your good self.

To you it feels that it is trying to keep you from all the fun you are supposed to have: 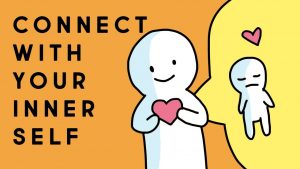 The further the two selves grow, the less they desire to talk to each other… the louder the mind gets, the more you crave outside distraction. Girlfriend, the dog, eating out, TV in the background, busy job, music, texting, youtube, playing games.

Anything to avoid facing the good one and see the pain and innocence in its eyes.

Integrity is being true to yourself… to the DNA twin… the good one.

The only escape from feeling bad about yourself is to increase your integrity. To start getting true to yourself… but that means starting on the path of the strait and narrow…

Letting go of the little pleasures of dominating. Of pontificating, lazing off, pushing others’ buttons. Letting go of justifying your shittiness, and wanting to win every argument. 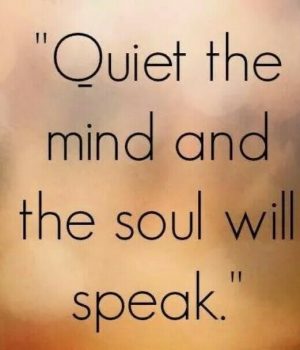 She talks a lot. She will explain to you all the things that are right. And she will sound like an angel… But all that talk is a smoke screen. What the one self does has no connection to what she says. She talks a good talk…

What does ultimately give it away?

Really good question. She has this little laugh that she peppers her talking with. That little laugh gives it away.

Even if I were not able to muscletest integrity, that little laugh would show me the inner tension between the selves.

Most low integrity people have a tell… A giggle. A too ready agreeing with me. Overeagerness… Something.

You know who else has that little laugh? Christie Marie Sheldon.

Not everybody has this little laugh… I have an embarrassed laugh… that is an integrity issue indicator, too.

Sometimes it is the tone of voice is the tell… you can hear the inauthenticity in that. Snake-smoothness.

Inauthenticity? What is that?

In-authenticity is another word for the distance between the two selves. Saying one thing, doing another. 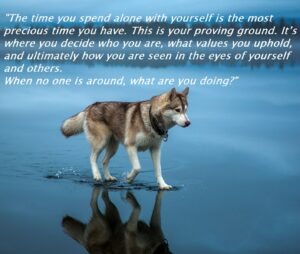 When you have this huge distance between the selves, you are afraid of being alone.

You want to fall asleep fast. You dread a moment when your mind isn’t filled with stuff… You fall asleep at the drop of the hat… Or ponder and fret over little things, big things… Never allowing the two selves to meet.

You may self-medicate… You may go to the doctor to escape yourself… And you do a botched job at everything, because even paying attention, full attention to what you are supposed to do, is fraught with the danger of the two selves, accidentally, meeting.

Your TLB is 1, you are cowardly… You crave companionship while you shun your own company…

Back in 1991 I signed up to a week long communication course in Georgia. They took a video of me answering basic questions about myself, my name, where I lived and with whom.

They showed our videos on day two of the course. I was appalled. I looked terrified, defiant, ready to kill on that video. ‘So that is how I am…’ From there it wasn’t long before I went deeper. I hit bottom. And after hitting bottom, a long long long way to go up and up and up… all the way to today.

I could have run when I saw myself on that video… and someone in my group did just that… ended up in the psych ward of some hospital. It occurred to me to do that. I had done it before. But this time…

I didn’t run. I didn’t hide. It was horrible, but I didn’t die, I didn’t hide, I didn’t get busy. Instead I stared… Hey, it seems that is what it takes… Staring. Stay present to the ugly… stare at it… allow it to work on you… Really.

Here is a really good article I didn’t write. It’s another way for you to hear what I am saying… the article deals largely with the visible, the part of the iceberg that is above the water line, while I teach the ‘under the water line’ dynamics, where you have some power…

But regardless, even though it gives you no access to effective action, it is good to know what is above the water line… so please read and enjoy. 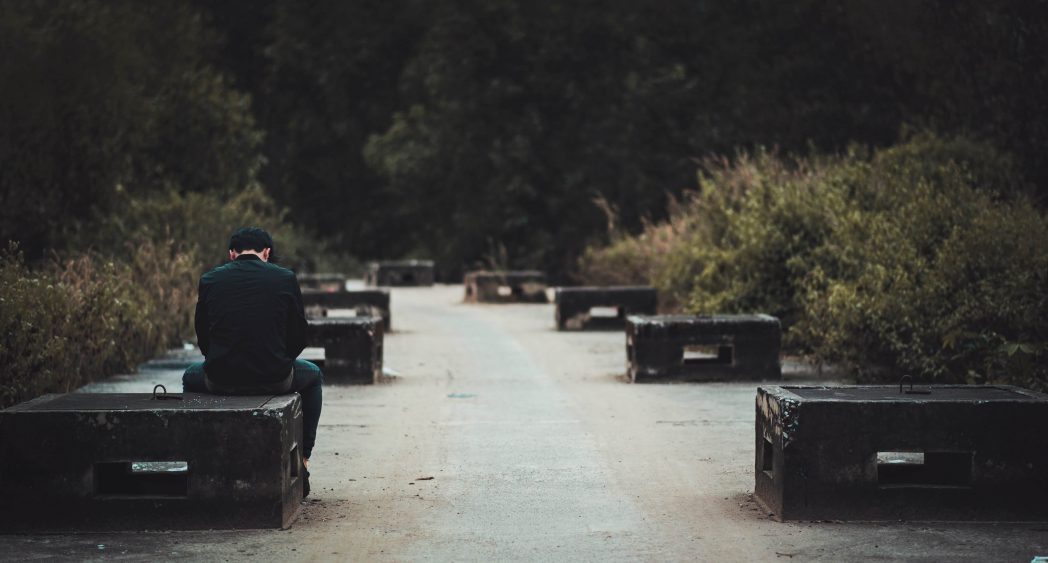 Before You Can Be With Others, First Learn to Be Alone

In 1840, Edgar Allan Poe described the ‘mad energy’ of an aging man who roved the streets of London from dusk till dawn. His excruciating despair could be temporarily relieved only by immersing himself in a tumultuous throng of city-dwellers. ‘He refuses to be alone,’ Poe wrote. He ‘is the type and the genius of deep crime … He is the man of the crowd.’

Like many poets and philosophers through the ages, Poe stressed the significance of solitude. It was ‘such a great misfortune’, he thought, to lose the capacity to be alone with oneself, to get caught up in the crowd, to surrender one’s singularity to mind-numbing conformity.

Two decades later, the idea of solitude captured Ralph Waldo Emerson’s imagination in a slightly different way: quoting Pythagoras, he wrote: ‘In the morning, – solitude; … that nature may speak to the imagination, as she does never in company.’ Emerson encouraged the wisest teachers to press upon their pupils the importance of ‘periods and habits of solitude’, habits that made ‘serious and abstracted thought’ possible.

In the 20th century, the idea of solitude formed the center of Hannah Arendt’s thought.

In 1961, The New Yorker commissioned Arendt to cover the trial of Adolf Eichmann, a Nazi SS officer who helped to orchestrate the Holocaust. How could anyone, she wanted to know, perpetrate such evil? Surely only a wicked sociopath could participate in the extermination of entire people. But Arendt was surprised by Eichmann’s lack of imagination…

She attributed his immorality – his capacity, even his eagerness, to commit crimes – to his ‘thoughtlessness’. It was his inability to stop and think that permitted Eichmann to participate in mass murder.

Just as Poe suspected that something sinister lurked deep within the man of the crowd, Arendt recognized that:

…and this means he will never be either able or willing to account for what he says or does; nor will he mind committing any crime, since he can count on its being forgotten the next moment.’

‘It is better to suffer wrong than to do wrong.’ Arendt wrote, ‘because you can remain the friend of the sufferer. But who would want to be the friend of and have to live together with a murderer? Not even another murderer.’

And, of course, Arendt is talking about the two selves…

And no, it will not be like my 1991 ‘meeting my real self’… We’ll instead look at the lofty ideals, the pipe-dreams you’ve been entertaining since you were a little kid, shunned, judged, beaten, hurt, ignored, unappreciated… and the pipe dream was your escape.

But it turned against you, and now you can’t do anything right, because of it.

It is the best thing that can ever happen to you, I promise. The. Best. Ever.

I’ll have the workshop on Saturday at 11 am my time.

That is Eastern Standard Time. 4 pm in the British Isles. 5 pm in most of Europe, 8 am in California.

Backdrop… what is keeping you hostage?
And I want you to have that freedom, that peace of mind so much, that I am willing to offer 100% money back guarantee, if you are disappointed. I’ll give you all I’ve got and more…

Because if you can get rid of that picture in your head of how it’s supposed to be, then you have gotten rid of the WRONG… and you can start living in reality. Where all the colors are. Where all the beauty is. Where it is worth living.

That picture of how it’s supposed to be keeps you in the mind… where it is already dead. No beauty. No colors. Only lots of words. NO LIFE.

2 thoughts on “Do you spend time with yourself? Or are you too busy?”