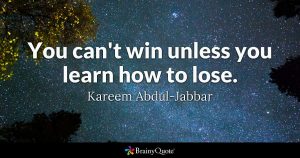 Unless you can be with being knocked out, you’ll never become a boxer

Talking, reading, listening to someone talking doesn’t cause transformation. In 99% of the cases you hear what you have always heard… and nothing shifts.

I keep my Hungarian (my mother tongue) fresh and alive by listening to Dr Popper, in Hungarian.

He died a few years ago, but there are hundreds of hours of live videos, and many books, I haven’t counted, but many videos.

His stuff is incredibly useful for ME to help me get more ways to look at people’s machines, the invisible machines… But if I asked the client or student whose life would completely alter if they could use the video to cause themselves a transformation, I would be really happy.

I have been working with a student for about six, maybe even seven years, and he got older but not happier. The foundation of his worldview hasn’t shifted, not even a little bit.

Every worldview’s foundation is the same, by the way. This foundation is “there is something wrong… things should be different than the way they are.”

This is the one thing that is in common between people… all people.

It doesn’t matter who you are looking at, if their vibration is not above 900, this foundation hasn’t shifted… no matter how they lie about it… it peeks about from under everything they say.

It’s even true for the Buddha. It is true for Jesus, the man… whether he existed or is a story. And, of course, true for lesser “gurus”… I live 70% of my time that there is nothing wrong: what is is what should be… the rest I am angry, frustrated, devastated, worried like everyone else.

The average vibration of all people on the Planet is 110, and that is being about 1% on the way to accepting reality the way it is… always. Someone with 200 vibration accepts 2% of reality as it is.

The vibrational measure is not linear… it is logarithmic. 1

In a short video Dr Popper says that we didn’t teach our children to stand up when they fall. OK… common knowledge.

And later, in the video he says something that I bet not even 10% of humanity shares: you don’t have to win every time, in everything. That is not how reality is: you win, you lose, it is all in a day’s work.

But if you watch people, their whole machine is fueled by the desire to win at every turn.

There is something very harmful in that world view: everything that you need to learn to win in starts with you being bad at it, ignorant, stupid, clumsy… and if you have this worldview, you’ll refuse to learn anything, because it will be hell for you.

The secret to everything you’ve ever really wanted is on the other side of “there is nothing wrong here”.

When you can be with reality the way reality is, the way YOU are, the way other people are, the way people in your life were, then suddenly what is available to you is the Garden of Eden. How Adam and Eve were before the Tree of Knowledge infected them…

What was true, in the Garden of Eden, not that there was a god to proved… no. What was true is that if was going to be, it was completely up to you.

The moment you get, fully, in your bones, that there is nothing wrong here, you suddenly have access to responsibility. Until then, you can only have guilt.

To the degree you cause yourself and your life, to the same degree your vibration is high. Exactly.

Being responsible is the cornerstone of high vibration, the linchpin of becoming a human being.

In the interesting marriage of the Playground and the Instant Coherence workshop, the work it takes to turn you on to responsibility, I say, can be done… but, of course, we shall see.