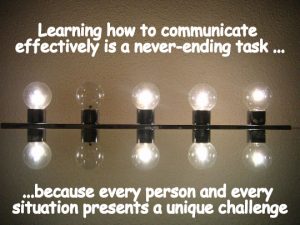 I don’t offer a communication course… I have done Landmark’s courses, over and over, and then more. I have learned some moves, but did I really learn the art of communication? No, THAT I haven’t…

But it is time for me to learn it. Now or never. lol.

How do I know? Well, I just said so… but other than that: I am noticing some envy that is always a sign of aspiration, the secret yearning of the soul. I noticed it, and now I am going to act on it. So it’s time. Now or never. Or as they say it at weddings, according to movies: speak now or forever hold your peace… I am speaking.

Here is a clip from one of my favorite movies, The Guru, where that part of the wedding ceremony saves a lot of people from unhappiness… And it is also funny as hell.

OK, back to the topic: communication: how to learn it, how I plan to learn it.

One of the most inspiring stories I have ever read was the story of how, Benjamin Franklin, unschooled printer, became a good writer…

I read it in his autobiography.

Reading doesn’t teach, only doing does.

In essence, he picked a writing style he liked, and learned to copy it until he made it his. He learned distinctions of writing, for example perspicuity, the word I had to look up. It means that it is like a map that shows how you got to a conclusion, so others can follow you. I think I lack in that area.

This is the way animal children learn life… what to eat, what to avoid, how to move, how to hide, how to interact. From adults through observation, from others through modeling.

The ability to model largely depends on some factors: your humility and… your observation, largely on your perspicuity… here I am using a word I just learned…

Why do you need humility to learn and model? Because without humility you can’t even see it. Without humility you only have yourself as a resource, because your whole cone of vision is covered with yourself… So you have fool for a teacher.

If you interpret what you see: you are left again with your good idea… and you are not modeling, you are just going to do what you have always done and have been ineffective.

If you wanted to reproduce something you look at, you would have to do it step by tiny step… and again: lack of humility will prevent you from that.

Yesterday I heard a student read the word “perpetration” several times as penetration. I didn’t know if I should cry or laugh. A woman with a college degree. I measured her about-me score: 100%.

A perfect score to not be able to learn anything, to live life by her own rules, and be bruised every step of the way. 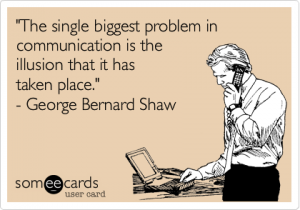 So getting back to learning to write:

Writing, on the internet, is scored by the number of the people who read your writing, and preferably comment.

I am attempting to learn from a course called Subconscious Selling. In chapter five he teaches how to sell with stories.

He uses Joel Osteen, the megachurch pastor, as an example.

I have listened to one of his sermons. I hated it, but his crowd loved it.

Just like Ben Franklin, I need to find a writer/speaker whose style I like, who I think is not in the selling business, whose readers are higher on the intelligence scale than Joel Osteen’s… and pick it apart and analyze, and duplicate HOW they write, just like Ben Franklin did hundreds of years ago. 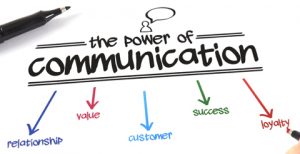 People, as far as I can see it, so far, endear the reader, the listener, with something, something I don’t think I am giving in MY writing. Something akin to hope.

I listened to Werner Erhard yesterday. An old audio, maybe 30 years old, on relationships. He was also selling hope, and another thing, I think, a sense, and illusion, that you are in the know of something that most people aren’t. That you are special, better than the masses. A feeling that everyone seems to want, ultimately a lie. But it sells.

You may ask why I am studying selling. After all I am famous for not selling.

But if you manage to think the thing through, every time you open your mouth, or put ink to paper, you are selling.

Selling yourself, your ideas, your services. 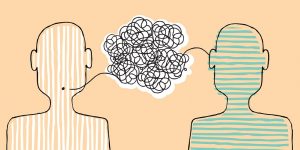 One thing is obvious: you don’t know how to sell… maybe because you are cowardly, or because you have some other preconceived notions about yourself, about selling, about others…

You may think selling is different from what you should be doing… and people should just buy your wares, listen to you, obey you, keep their promises to you, just because.

The question no one knows what it means…

There is a question I ask my students to look for every time they pick apart incidents in their lives with the intention to get to beautiful reality where nothing is wrong. 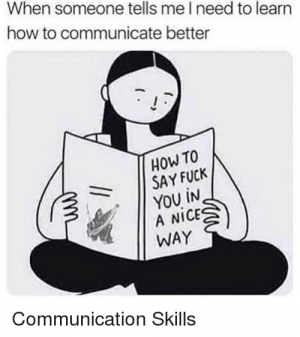 The question is: Is there/was there an undelivered communication in that incident?

Communication is an action. It works as surely as rearranging things with your hands. If it doesn’t, it isn’t communication.

If you look at my articles, I must be just like you: I write about what I want, and I am not connecting to the reader, unless they are already part of the small group who want what I want for them.

So I am not communicating either.

Some of the art or communication is to learn to write, to learn to speak, the language that tells them that I am speaking from their self-interest… the language of the reader/listener, so they can allow me to rearrange their molecules.

It should be obvious what it is, but it isn’t…

Because you miss the first part: that unless people WANT to do what you want them to do, either they won’t do it, or will do it begrudgingly. 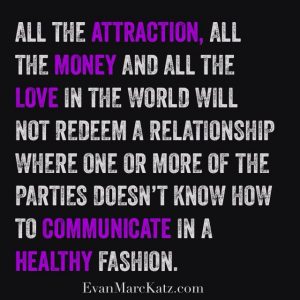 People want to do what they want to do, not what you tell them to do.

Your job, my job, is to learn to COMMUNICATE such a way that they will feel it is them who want to do what I want them to do.

I have some unconscious competence in that, but because it is unconscious, it is hit or miss… mostly miss.

Because I am an empath, I can feel your attitude when you are doing what I have asked you to do, what I suggested that you do. You do it mostly dutifully, or “OK, I’ll try, but I can’t see that it will work for me…” tentatively, giving it a weak try.

So what I really want to learn is how to make you WANT TO DO what I want you to do… so you can live a life you love and live it powerfully.

Isn’t this what you’d love to know how to do? To have the world be putty in your hands, so they can have what they want and you can have what you want…

This lack of communication is present also in conversations with yourself… not just with others.

The young man, still in school, who can’t make himself do what he needs to do to get at least passing grades and feel good about himself. Or to  go to bed at decent times, eat to have energy, etc. Complete failure to communicate to himself with authority and power.

So what should you do with this information?

For me it is a life or death issue. Why life or death? I like the New Hampshire state slogan: give me freedom or give me death! It is invented.

I respond best to a threat-like imagery, maybe exactly like you.

I’ll either learn this or will be forever without an echo, without people hearing and learning what I want them to know. A life without making a difference.

I checked if I really respond best to threat. I invented yesterday that my weekends will be my “domestic” days: I’ll do the dishes, I’ll clean, do the laundry, pick up stuff… on the weekends.

A beautiful organized home doesn’t resonate in my soul… while clutter does a “ehhhhh” there… So, just like you, I am more inspired by “fixing what’s wrong” than creating what’s right. I am intentionally using the Tree of Knowledge terms here… for your sake.

Duality. The either or…

The selling points of religious leaders, like Joel Osteen. Positive thinking is attractive to people because it is the opposite of avoiding negative things, people, ideas.

People can recognize negativity… so they think eliminating them will lead them to a life of happiness. Of course it doesn’t… but hope is powerful, and it can be harnessed to make the “sale”.

Same with the Law of Attraction: people are taught to do away with negative emotions… so their “vibrational frequency” can rise to the level of what they want.

Of course it doesn’t work at all…

Eliminating the seemingly opposite of something, the thing that is wrong, cements the worldview that there is something wrong with the world, with you, with the other.

But unless you put yourself squarely into the worldview of the other, they won’t hear you.

And I think this is what is in common disservice between Werner Erhard, Joel Osteen, and the countless new age “spiritual” teachers… Your worldview gets even more entrenched by listening to them, learning from them.

Your seed level from which you grow your life. Wretched.

As you can see, I have no idea how to sell the idea that will make you want to do what I want you to do… take apart your stories with the intention of getting to reality where nothing is wrong.

In my 20-day learning challenge, this is the challenge for me.

It will, probably, take more than 20 days to see what would work, what can work.

It will take as long as it will take. I have time.