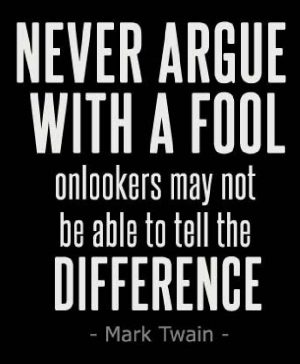 Intelligence is being able to tell that difference. It begins there.

If you can’t tell the difference, then you will make the same collapsing move everywhere, and you are the person about whom the saying goes: for you everything is the same as everything else… except that not always. Not a compliment. 1

No distinction? No intelligence.

What happens to a species or a specimen of a species that has no intelligence, in nature? They don’t get to procreate and pass on their hapless genes enough, so they have a large population in the gene pool. they won’t even live long to procreate.

But humans, goddammit, invented something that on the surface looks and sounds humane… but in the whole is stupid and is against the survival of the species.

I think they call it “right to life”. I think the Christian Church invented it, but I am not sure: I am not a historian, and my time is better spent doing the things only I can do, while doing research is something a lot of people can do. In fact they can do nothing else… bah.

Right, rights is a human invention.

The bird mother tosses the weakling chick out of the nest: nature is economical and won’t spend its resources on the weak. Life is tough and the weak won’t contribute to Life.

My mother had a strong sense of what Life wants: I was this preemie weak thing, ugly and stinky and noisy little thing. Didn’t look like I was going to amount to much, live long enough, be worth keeping, so she said: she is on her own. And I was. On my own. With my large will to live…

I can, sometimes, see this large will to live reflected in a student, here and there. But, for the most part, I see weaklings.

What is the difference between a weakling and a healthy specimen?

Weaklings are wannabes… they alternate between whining, winging, and forcing, dominating, and never contributing… how could they: they don’t have enough for themselves.

There is another characteristic of a healthy specimen: they look fearless. They aren’t… they are afraid, but that doesn’t stop them. 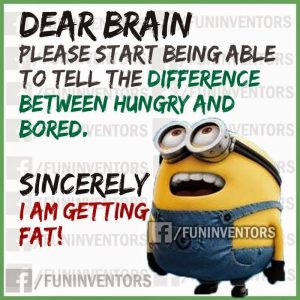 They use fear, dislike, disgust, distaste, dismay, disquiet to guide them. Away from the cause of the feelings… yes, those are guiding feelings, not emotions.

That is another distinction that requires intelligence…

The strait and narrow is not a human invention: in fact it is clear in nature: unless you avoid doing certain things, reacting in a certain way, you are dead, you are dinner, you won’t have an offspring. This is how nature guides Life.

Only humans protect the stupid in their midst… and when they are nearly all stupid, then they really need each other to save them from Life.

I have been alternately angry and disgusted and angry again.

The feelings are not new to me, but the cause is new. It is not easy to distinguish cause… because it is not really obvious what causes what.

I have started to see that unless you have the courage for the strait and narrow to guide you, you won’t grow, and you’ll continue to be stupid, weak, useless, and miserable.

As I said above, the strait and narrow, the guidance system of Life, is through feelings that don’t feel good. Guiding feelings… nudges from left, nudges from right, so you don’t go there.

Some communities make it a state religion to avoid looking at that guidance.

I don’t much care what other people teach you, but I have been clashing with those teachings that render my students feeble, and stupid. Misguided.

The last straw that drove this thing home for me was Joel Osteen’s sermon I heard as part of a sales course. In that sermon the celebrity pastor with the golden tongue is telling the enthusiastic audience that god can only work and fulfill on their deal if they avoid negative feelings. That their job is to give money and avoid negative feelings. i.e. avoid the guiding feelings that take you to the strait and narrow, where you are powerful, and effective, and productive, and reasonably happy and healthy and wise.

Avoid it or god cannot work… Great trick. Makes him very rich, and his audience very stupid and very weak.

It is the same as being taught by the Positive Thinking/avoid anything negative religion… no ability to distinguish between positive thinking and positive mental attitude 2, it became the mantra of the feeble-minded and the wishful thinker who isn’t willing to do the work, to kill so they can eat… so to say.

And, of course the Attraction, Manifestation bullshit people, just an extension of the Positive Thinking religion, with wussies like Esther Hicks who teaches how to think better feeling thoughts… to avoid thinking what you are thinking.

If you are not… you need all that crap… because you can’t or won’t kill to eat… and all you can do is use other people, or use the stupid system to keep you alive, clothed and have a roof over your head. The 90%.

It’s getting worse, by the way. With the technology becoming better than it has ever been, society is now carrying the 90%, just like Ayn Rand predicted in her 1957 tome, Atlas Shrugged.

The most interesting character in that book is Henry Rearden who is a steel manufacturer and an inventor. 3

He is interesting because in one area of life he listens to the guidance of “Life” and in another he doesn’t… instead he listens to some man-made morality as guidance, and he is both weak and miserable as a result.

Man made morality is “designed” to make you weak.

No exception. It is not only religion that does it… it is any morality, including the one I grew up in, Marx’s materialism… and economic system that is completely wrong about life and about people… and is at odds with Life.

In life, if you don’t kill, you don’t eat. The “collective” won’t tolerate freeloaders, not even inside a family.

In life you don’t have to keep your attention on looking good to others to hide that you are useless… you’ll know and they will know because you don’t eat.

And in life, if you carry the imbecile, the lazy, the parasitic, you are stupid and you won’t eat, won’t procreate, because Life needs you to use your energies in a useful way. That is the life Hank Rearden was living.

So, what am I really writing this article for?

One of the ways you get robbed of useful guidance is this: religion, the majority, parents, punishing you if you use words that are exact, and revealing. About you, about them, about anything.

I remember getting a huge part of my prison collapse back in the early 2000’s. I visited the Landmark Forum in Ithaca, NY. A good looking young man got up to share. He shared that he was not going to marry and have children because he didn’t want to pass on the abuser genes of his father.

I remember feeling his feeling… a huge pressure on the chest, expanding to the upper arms, and then moving up to the throat, clasping even his head. BIG feeling.

It was a feeling that made him put on protection, so he wouldn’t have children.

I saw myself in him. My father was a predator, had a history of preying on children. And in that moment I realized that I was just like this dude: I vowed not to pass on the predatory genes. My father abused me as a child. And abused every single female relative when he was a youngster. I spoke with one of them many decades later. The wounds never healed for her. I managed to see it as “nothing wrong in reality”, but was nevertheless disgusted by the behavior.

And don’t be mistaken, I love my father. I despise the behavior.

I have students who were regularly beaten, punished, oppressed as children, who never use words that would be accurate about the behavior of the parent.

Here is the issue: if you are too nice to tell the truth, if you protect your parent’s behavior, then you are suppressing, or you cannot see the difference between truth and lying.

And if you need to suppress, like Henry Rearden, then you can only dream of a good life, you cannot have it. You are denying reality, and that is that… you are one of the weaklings, by choice.

And I am sorry to break it to you: I cannot help you to get to “heaven on earth”, reality where there is nothing wrong. Where you can work with what you have and be guided by your feelings.

What keeps you saying nice-nice words about abuse is that the words mean “wrong” in your mind.

Like everything, life is co-creative. You do what you need to do to be in harmony, to be in step with Life… and, of course, Life does what Life does… goes on with you or without you.

What we call the Soul, is really Life speaking from the inside… to you. Personal guidance.

So contrary of popular belief, the Soul guides you with unpleasant, often painful feelings. yeah. not some beautiful pictures, of ideals, or promises. No… that is the Ego, the Dark Wolf that does that… the beautiful pictures, ideal, promises, dreams… not the Soul, not Life.

If you are ready to wake up, maybe this article will wake you up. Or make you really angry.

I really don’t give a flying fig. It is your life.