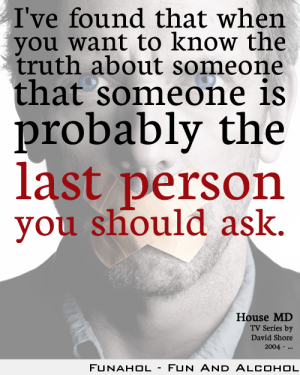 OK, I am getting emails asking if I am OK… this is what you get when people expect to hear from you every day… You skip a few days and they get worried… lol

But, of course, nothing is going on in reality… I am still doing work, I still read, eat, walk, talk to people… I just don’t have an article in me. So consider this a chat… not an article.

The Playground, the year long process of emptying your past of “wrong” is what happened. lol.

Leading a program authentically, makes you walk with your students. Not ahead them, not behind them, with them.

This is why I don’t attempt to run many courses and programs: I would not be able to do this… you cannot be at two places at the same time.

I observed that he had a difficult time calling a spade a spade… an emotion, a behavior, a reaction at its correct name.

That made me look to see what could be the invisible dynamic that fuels that tendency. And started to watch out for it in others: misnaming emotions, actions, behaviors. I found it all over… I always thought it was just not knowing the word… but now I see this is something symptomatic of something deep and very invisible.

This guy was describing an incident where his father first plays the drill sergeant by telling him how to walk, then telling him to smile while he walks that way. I was filled with fear, hate, violence as I was listening. It was, of course, his feelings… I am an empath.

And he said he was frustrated… hm. Not what I felt… But, then, in the same incident, he grabbed the TV and threw it on the floor, that made his father beat him bloody. Then he calmly went to the bathroom and washed the blood off himself while his mother and father argued about the incident.

Something was totally off… He didn’t take it like I would have… no crying. And even in the memory, he reports he felt frustration.

Why was he feeling consciously something different than he was feeling really? 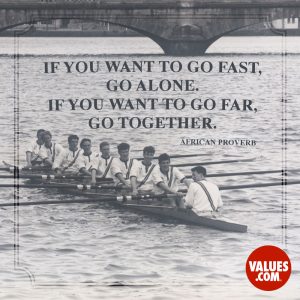 So I was digging deep, and found an article by Fanita English that seemed to talk about this phenomenon, this invisible dynamic as something everyone has, on some level.

I transcribed the pdf, I watched some videos about it, and started to look to recognize it in other students… I tell you, it is still invisible or foggy for me… but it is starting to make sense why people today behave the way they do… very script driven.

While I was attempting to locate this same thing in myself, I started to get more and more somber. Tight. Rigid. I have been going through emotions I have forgotten, grief, sadness, suppression, thoughts I remember having long time ago, that I have, I guess, buried and now want to come out.

Yesterday, on my webinar, I even started to sob, and had to take a break from talking for a minute or so…

Interesting, no content in the crying, no reason, no thoughts… just sobbing. The closest word I have for it: self-pity. Or I cried for myself. Whatever that means.

I am ready to go all the way, and empty this “well” of sadness… and see who I was supposed to be, and who I have been pretending to be.

You see, what I learned in my research, and have muscle-tested as true, is that each family has some feelings that they don’t consider appropriate for you, and they punish you some way, if you express them. 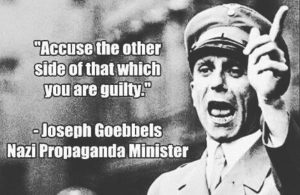 It can be any feeling… good, bad, it is up to the family.

But the feeling doesn’t go away. It goes underground, and you substitute it with a politically correct feeling.

You become nice, selfless, or helpful, or cheerful, or fearless, or smart, or independent, or chatty, or positive, optimistic… no rhyme, no reason why you chose a coverup feeling… though, my hunch thus far, is that your soul correction helped you to to pick an attitude or an emotional response that is typical to that soul correction, to your soul correction.

I, for example, have the appearance of being fearless, while I am really scared of most anything… bugs, noises, going out, people, traveling, being judged… But my soul correction is Forget Thyself, a haughty supreme superior attitude… so I picked, I think, maybe, fearless.

I am terrified of and uncomfortable with people… so I am funny, entertaining, very social… all a pretense to cover up that I am afraid.

I have students who appear nice, but the niceness covers up violence, forcefulness, some strong and not so nice emotional states.

Anyway, once the past is freed up in the Playground of all the wrong through the partner calls… a participant can feel their feelings, including the punishable feelings, and it is very difficult, fraught with a sense of danger of annihilation, at least that is what I am experiencing. A fear of annihilation.

It seems necessary to go through this phase to return to innocence.

In some other articles I talk about going back to the point where you made a wrong turn, and being back there, make a different turn now that you know better.

It could be as far back as in the womb…

I am weeping as I am writing this. Grief… Grief is about loss. A good cleansing feeling. When you are allowed to grieve, you can recapture what you have lost, for yourself.

This exercise is to recapturing your innocent, beautiful Self.

Worth a little bit of crying… and a few days without writing an article… for me at least.

PS: This is like digging for gold. It is impossible to do without someone holding the dirt.

Holding the dirt needs the recipient to be clear, and empty, or they will allow the dirt to fall back into the well…

Most coaches, therapists, teachers, are lousy listeners. They can’t or won’t hold the dirt you dig up while you are digging for gold.

You need to be able to be there for the other as an empty vessel… Or they are better off not talking to you.

It is near impossible to train someone to become that… a servant to hold the dirt for you while you dig… because the about-me score needs to be lowered to near-zero levels, which means: they need to have no concern for themselves… scary for most people.

To the degree you can remove the wrong from your past incidents, to the same degree you can become this empty vessel for others. This is the work we do in the Playground. It is a year long because your partner who listens while you do the work in the Partner calls, is at the same place where you are: haven’t emptied their past of wrongs.

If you had, for example, me as a partner, you would be done, in one third of the time… But a year is a lot better than never… isn’t it?

I once had an excellent coach who suggested that her answering machine was a good listener.

I tested it, and I left long messages on her answering machine (nowadays it is voice mail) and got a lot of stuff out of my system, and managed to dig myself out of a ditch…

I knew she was going to listen, but physically she didn’t have to be available when i needed to talk. It was an excellent arrangement.

What makes partner calls work even better than that is that on a partner call the other person is working on their own past can trigger some hidden stuff to surface for you. Stuff you would not think of as relevant.

In a way I am on these calls, and what you go through there triggers memories for me, even though I am there to hear you.

Anyway, partner calls is the best I could come up with for the Playground, where you don’t have to pay for MY time, and still get the work done. Takes a little longer, but a whole lot less expensive than hiring a personal coach or therapist.