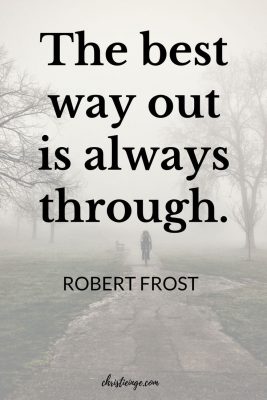 Almost all Source energies, almost all my energy products are co-creative 1.

What that means is that they only work as intended if you work with them. The exception is the Water Energizer… that works on your water. But even that process works better if you are conscious, if you bring your consciousness to the fact that the water is lubricating the insides of your cells so the cells can function properly, generate energy for you, take out the trash… stuff cells are supposed to do. Like dealing with discomfort… you know… that stuff that can make our life hellish.

Why would it work better? Because when you bring consciousness to what’s happening, it gets done better, and your whole being is more rooted in reality than without that.

Humans, with the introduction of mind, the disembodied, disconnected, separated way of using the brain has removed consciousness from reality, and has rendered humanity really like computer game participants, leaving the moving of them, doing life to something or someone other than themselves.

While you are busy in your mind, hoping that your body will do the right thing… that it make itself well, successful, attractive, and happy.

For years I was angry every time someone would try to teach me mindfulness 2. The people who claimed they practiced mindfulness were anything but… They lived 100% of their lives in their minds. Also, these same people would proselytize 3… I am sure they meant well and they brought to what they learned to the proselytizing attitude of Christianity: “this is the right thing, this is the only thing, and if you don’t join up you’ll go to hell” of proselytizing.

The mind cannot be present to anything. It is not something the mind can do. Only consciousness can be present.

OK, with that fact established, let me get to the “agenda” that made me start this article:

I have a student who teaches meditation. Or better said: he offers free guided meditation sessions.

He lives 70% of his time in the mind… meaning: not present. He plays with his thoughts inside Plato’s Cave.

He is in the Playground program… and he really tries. He learns things about himself he has never seen. We all do that, but he is earnest about it… meaning he intends to do it better than any of us. This is his MO… the way he approaches life. Doing things better than anyone else.

So I have been pondering how I can help him without giving him my time for no pay… which would violate my integrity.

So I started thinking how could my audios help him, and maybe his meditators, learn to get present to their feelings.

In the early 1900’s, a British physician, Edward Bach discovered, that certain flowers had certain effects, very precise effects on him when he had certain emotions. He could, with painstaking effort and patience, find the exact flower that corresponds with certain feelings.

He created a system of 38 flowers, called Bach Flowers. I have added three I discovered myself…

I have asked Source to give me the power to download them as energies… and we now have the Bach Energies: 41 distinct emotions.

I am able to transmit the energy of every Bach Flower individually. The energy comes through my voice. I have already recorded a video doing that. It is on Youtube.

The whole Bach system and consequently my Heaven on Earth is based on the principle of homeopathy 4… cure same with same.

While the opposite, the consolation type of energy will make you go deeper into the feeling.

Why? I don’t know. This is how energies seem to work.

So my idea is for my client/student to lead himself and his clients through a range of emotions that are supported with the energies I supply on an audio, maybe a whole minute per emotion.

My theory is that it works a whole lot better than most guided meditations do. Guided meditations are all mind-stuff… don’t do anything with your abilities, attitudes, in reality… instead they (mostly) feed your daydreaming about what you want, so they are maybe even harmful.

Maybe that is the intention? To harm? Whether it is or it isn’t… I am sure that learning to feel the whole range of emotions one can feel and become emotionally flexible, intelligent, and nimble is a better gift to give people than a short nice-nice experience, while their life isn’t, cannot change to the better.

The question is: can people feel a whole range of emotions?

About emotions that you don’t feel…

They are there, but the feeling, the consciousness is blocked from experiencing them.

I suppressed almost any feeling for about 50 years.

And so on, and so forth.

Why? In the culture of my family, most feelings were frowned upon, and expressions were punished.

I have been working diligently at releasing those blockages so I can have a better life.

When you are allowed to feel what you feel, the feeling doesn’t last long… as soon as it is noted by you, it has done its job, and it goes away.

When you have emotions that last long… you can be sure that they cover up, they are masking something, a feeling that you were not allowed to feel.

I have students who, as children, felt shunned, not cared for, not paid attention to, not validated.

They made up a substitute feeling to replace the sadness, the neediness, the feeling slighted, the envy, the jealousy, the anger, or whatever their natural response to the maltreatment was, with the emotion that is now very typical and very long-lasting.

Their original feeling is very typical of their soul correction. They now don’t feel it, but put themselves in situation where they should… hah… and they become stamp collectors.

They gather steam until they can’t hold it any longer, and it explodes… wreaking havoc.

When they learn to feel it, they won’t have to suppress it and they don’t have to become a time-bomb.

And, naturally, if you suppress, for example, anger, you cannot feel joy… You can only feel the handful of “allowed” feelings, the feelings you were allowed to feel.

I know these are not names of feelings, they don’t sound like feelings, but if you look, they do feel in some way.

And the result is:

You don’t feel a whole range of emotions, you don’t get to feel yourself, have a whole human experience… you are a limited expression robot… with fake feelings.

I am pondering if I can help you, really, with that.

I am starting this new experiment, because if, when I die, I leave you nothing else, I’d love to leave you this. The whole freaking human experience, with all the feelings. Exhilarating.

How? Using the Bach Energies, I will test each current participant for what is their fake feeling/substitute feeling/behavior… And see what they have been suppressing.

I can already measure what your dominant feelings are, and my hunch is: they are fake feelings.

Once I get clear that I can do this… lol… I will go “public” with it, and start to expand the circle…

How? I think I’ll do calls similar to what I use to do six-seven-eight years ago… We’ll cross that bridge when we get to it.

Maybe I’ll do a class…

I had a course not so long ago, called Feel Your Feelings… but it wasn’t effective. It become the “Instant Coherence” course later… and that was really good, but it still missed the foundation of teaching you to feel your feelings.

What do you think you would like me to do? Course? Webinars? Audios? Let me know… in the comments or in an email.

I’ll make the Feel your feelings webinars available for a dollar, if you use coupon code … FEELIT before November 10, 2019

2 thoughts on “Why feeling your feelings is a good thing? And how, finding your fake feelings is, maybe, even better…”