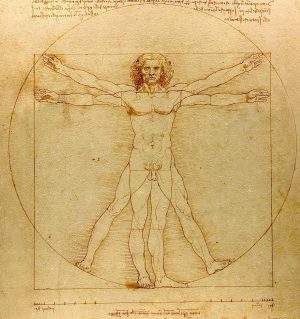 …Especially when it comes to people.

Of course people are sentient, and one could argue that it is not Life but the “spark” in people that is doing the sentient-seeming actions. I don’t know enough, I don’t see enough, I am puzzled… I am looking.

People seem to be taught, repeatedly, what they need to learn and haven’t learned.

One of the most difficult thing for people to learn that there are consequences.

We live in a cause and effect world, and where there is a cause there is an effect. Nothing can be done or taken or not done and not taken, without a consequence.

But it needs to be learned. And fully owned.

The strategies to avoid the consequence abound, but, seemingly the only result they produce is more suffering, or more illusions.

One thing people hide is their real nature…

Maybe you are aggressive, attacking, selfish, envious, someone who likes to take advantage of others.

You want to be seen as selfless, generous, kind, nice, caring, but you aren’t… So your life is busy, occupied by hiding what you consider your imperfections… and your whole life passes without any action that you could be proud of… you are too busy hiding.

Another thing people do is attempting to live life as if it is supposed to treat them special, and owe them a living, ease and grace, for nothing in return.

And these “special” people don’t want to do what the not so special others do: they want to do only what pleasures them.

Here is a quote from my presently favorite book, Leonardo and Gabriel. Leonardo Da Vinci, and Gabriel archangel. A novel, a philosophical novel by Tim Tigner.

Here is the quote: 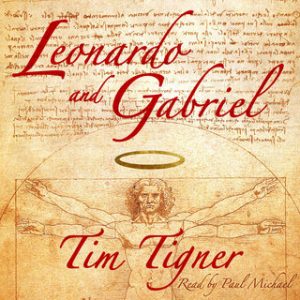 Gabriel says to Leonardo: “God has given you a guide.”

“It has? Why do I sense that this is another one of those things that’s obvious once you know it?”

“Because you are wise beyond your years,” Gabriel said, bringing his hands before his chest in a prayerful stance, before extending them forward as if giving a gift. “The guide God gave you is called happiness. You please God when you do today what will make you happy tomorrow. Happier over time.”

“Happier over time,” Leonardo repeated. “You mean doing things like eating sensibly and exercising both body and mind?”

Gabriel waved a finger. “Now, let me caution you. Do not make the mistake of confusing happiness with pleasure. Pleasure feels like happiness in the moment, but beware. While there’s nothing inherently wrong with pleasurable acts, their reward is fleeting. Without other balancing acts, they do not make you happier over time.”

Leonardo pictured the faces he’d seen during his visits to the ghetto, jubilant when the wine was flowing but distraught the morning after. “So the wise person finds pleasures that pay dividends. Those that lead to happiness?”

These special people show a lack of understanding of what makes someone happy. They go for the pleasure, but crave significance, crave fulfillment, crave happiness… tomorrow. They are like the ghetto people, jubilant in the moment, distraught the morning after.

One example that stands out is the person who thinks they can do whatever they want… but end up having diabetes. Or get fat. Or stupid, incoherent, poor, ripped of, cheated, etc.

The consequences come and keep on coming, as long as the person needs to learn the lesson, and aligns their steps with life.

If Life wants you to make the most out of your time, they that is what it means to fall in step with Life. Whether you look good or bad while you walk WITH life is none of your business… you shouldn’t care.

Whatever your reason to look for happiness NOT where LIFE wants you to look, is going to be your learning.

The fleeting, transient pleasures that keep that whole repeating huge machine going is a short list.

There are actions that have tomorrow’s happiness in mind, and then the payoffs that only concern themselves of the now moment… and ultimately lead to wretchedness.

And whenever you feel wretched, you can always find one of those payoffs… the transient pleasures that kept you from doing what would make you happy tomorrow.

In the Playground we attempt to do one thing and one thing only: pull the plug on this time-wasting behavior.

I am finding that learning the lesson is the hardest thing anyone ever done… Or to be more precise: most of the people I encounter are unable to learn the lesson. What is missing?

There is a Bach Flower, a Bach Energy, called Chestnut Bud. In my experience it is not strong enough…

My hunch is that it is a single capacity called seeing reason. Coupled with the effort to see reason, it may unstuck people who have been hopelessly stuck in an never ending cycle of unhappiness.

Here is a brilliant definition of what is co-creation… what is needed to keep a capacity I turn on stay on… to make any of my energy products work for the user, also from Leonardo and Gabriel:

Gabriel patted the short staff against his open palm. “Another intricate issue, but one worth addressing. According to some religions, God answers prayers. According to others, God does not. In any case, it’s clear that the vast majority of prayers are not answered. If they were, nobody would be sick and everybody would be king.”

“No, you can’t. But as it happens, time does answer prayers, and more often than you think. Furthermore, when It does, It does so justly.”

“How is that?” Leonardo asked.

“When we pray for something, we think about it. The more we pray, the more we think.”

Yet again, Leonardo found himself surprised by the simplicity inherent in the archangel’s fresh perspective.

Gabriel continued, “What could be more just than answering the prayers of those who work with God to achieve them. Those who devote time to their attainment? Are they not the most deserving?”

Seeing Reason is a spiritual capacity, one of the 160 I say humans can activate, but almost never do.

The ones that do are the heroes and giants among us because of it. Because they see the nature of the Universe, the cause and effect nature, and adjust their actions to that knowledge, instead of trying to avoid it, escape it, or cheat it.

That is seeing reason.

I can turn on the capacity for you. This time I am going to do something I haven’t done before… because this is the hardest capacity to keep open.

I am going to turn it on three times… approximately 48 hours apart… and make you pay only for one of those.

If you are too busy to work with the energy, don’t buy it… you’ll be wasting your money and your hopes.