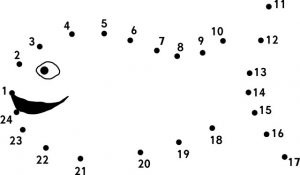 Seeing what-causes-what is missing. Yesterday I said 99.99% of humanity lacks it… I wasn’t exaggerating. It’s really 99.999%… ten times more that lack it.

In essence one in 100,000 people, or ten in a million have it even partially, in one area of life.

It’s an intellectual capacity, fundamentally essential to success in the world

This is why Mathematics, Physics, and Geometry is so hard for people. 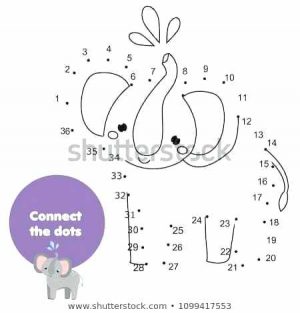 Learning rules that others discovered, laws, etc. doesn’t mean you can use your brain to make healthy decisions, sound moves in life… and you don’t.

This capacity needs constant inquiry to stay sharp and alive. Inquiry with curiosity.

A few months ago one of my long time student, Memories soulcorrection… meaning he isn’t naturally curious, started an email coaching with me, where first he was working on one of my cheapo products, I think it was $9.98.

But of course the price did not reflect the value someone with work could glean from it, only the value most people put into any product: watch the video once. Or more often, just listen while they are doing other things.

The first few weeks, maybe the first eight weeks, each week he saw something in the video, that he reported back on to me, and I gave him feedback, and different ways to see what he saw.

Then he started a side-gig, a support group for recovering addicts, and then he reported on how that went, and we had a back and forth on his ideas, on his progress…

I just measured a minute ago: the capacity opened up for him…. THIS, the rarest of capacities, Seeing Reason. Seeing what causes what…

What it took for him  is going deep and testing the results with me… his assumption, his logic, his thinking. And taking feedback and looking again, deep, and testing.

Other students ask questions, but not because of work they have done, not to check for another view… they ask because they don’t want to do the thinking. 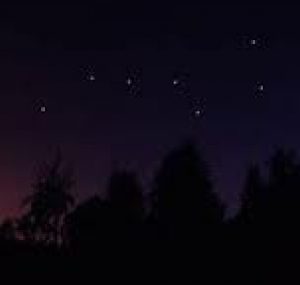 Seeing reason is an intellectual capacity. It only opens if you need it, if you relentlessly need it. For life.

This is the only reason, because you CAN open it up even without my activating it, that I am offering it to you.

But, of course, if you have no habit of doing any thinking, you won’t…

Even after I open it up, you still need to keep it open.

Your brain, your body, is a very frugal device. It takes a lot of energy to keep a capacity open, especially if you don’t need it. You tell the body what you need by what you use.

Interestingly, you can have a capacity somewhat open… half mast, quarter mast… depending the intensity and the frequency with which you need it.

The other student, ditto. Half mast. Meaning in some areas, mostly the areas that are connected to the work we do here, those areas he sees reason (causality). Not in his work, not in his family life either. His health: yes. His thinking/worldview: yes. But other areas? He hasn’t even thought of applying the capacity there.

The rest of my students have NEVER used this capacity, never even tried, never even attempted to use it.

So when I turn a capacity on for them, they are clueless as to how to keep it open…

Luckily, if they are in my Playground program, they have two, built-into the Playground ways to exercise this capacity.

Generators need to respond for the world to allow them to do what they want to do.

Cause: you are responding or initiating. Effect: acceptance or rejection.

At this point you have no idea what it means to respond… to what? Is this an urge, is this my good idea, is this a reaction or am I responding?

I am going through the same process… in the social activities I participate in, for example.

I am an ebullient, like sparkling water, type of person, quick moving, cheerful, maybe even loudly cheerful, very annoying to some people.

I have been evaluating it from the effect it makes on others… and how they “unintentionally” block me in life, forget their promises to me, ignore me, etc. like the driver who forgets me at the grocery store with no way for me to get home.

So I have been experimenting. I have only managed thus far go the other extreme… behave like dead wood… like most people in my circles, not fun for me.

And I also experiment with this same question when it comes to my diet… very interesting process.

You can do the same thing… start experimenting with your eating type or your human design strategy.

A Manifestor’s main challenge is that they are supposed to act ONLY on their own ideas, and merely inform others that that is what they are doing.

But, of course, society prefers generators, little workers who are willing to do what they are told.

So for a Manifestor to puzzle out what is her idea and what is borrowed, what is slavishly accepted, tolerated, is the biggest issue. And then, of course, they need to follow this thinking down the rabbit hole so they can SEE that in fact they can get more and better things done if they behave according to their human design strategy.

And the effect (from cause and effect) is a miserable life full of complaints, and excuses, and bad feeling emotions. Every minute of every day.

You may have the capacity somewhat working in your work, like a third and a fourth of my students… but not enough, even there, to make you a winner.

And not enough to make it a “portable” or transferable skill…

You really cannot be a winner in any endeavor requiring you to think, unless you have this capacity open enough to make you a winner.

Unfortunately, this includes all of life, every area, health, wealth, love and fulfillment.

Don’t kill the messenger. Instead wing $25 and at least try your hand on this capacity… The worst that can happen is that you get smarter by knowing what is missing for you to succeed.

Here is to get the “Seeing Reason” activated for you.