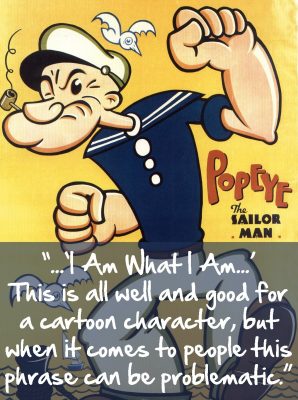 The smarter you fancy yourself, the stupider your behavior. The big picture of your life…

This article is slightly philosophical, I cycle through many ideas to get to a conclusion that makes a difference. You can jump to the end, to the conclusion, and we’ll know what you are… This article is about you.

Life’s way is to handle one thing at a time… make it work and keep it working. Then, when it’s working reliably, Life will start on the next thing.

Most of Life is continuing… not starting. Or modifying and continuing. Or adding and removing. But continuing… Getting better and better. Growing.

Life, Finishers (from starters and finishers) are not about the titillation of something new, something great, they are the people who actually create something.

An idea is a dime a dozen: the starters’ dominion. It is mostly puffery… hot air.

Manifestors need generators to flash out their ideas and breathe life into them.

I have been looking at the five rule driven people in my course. All puffery or mostly puffery. Mostly words. The purpose of the words is to create a smokescreen. A smokescreen behind they can hide and do nothing. Or nothing much. Or nothing worth doing.

If you look what I am doing right now, you may notice that I am trying to find the commonality, the thread that all my unwilling to leave the second-handers’ world, the moochers, the looters’ world and start becoming a person, a producer.

I am measuring crucial measurements, the number of predatory genes, looking at their soul correction, their Zodiac sign, their type, their authority.

What is the aspect of the original family that they are clinging onto, as if it were a lifeline, as if it could save them?

Does it really have everything to do with their behavior now? Yes and no. I am really looking.

It has more to do with their mindset.

Looking through the filter of fixed mindset/growth mindset, Angela Duckworth, what he calls “grit”.

Are you willing to be uncomfortable and stick with something that may be boring, tedious, lacking excitement, lacking newness, lacking pizzazz… titillation… no immediate gratification, no chance for public accolades, only you know you did it… and to what degree you are willing to stick with it. 1

I am finding that the five underachievers have only this number in common: no grit.

If I measure their level of grit, a number from 1 to 10, with 10 being the highest, they all have a number 1… the ability to do, follow through, stick with it…, the rest of my students have 3-9…

The interesting question that arises from this little exercise of trying to find the commonality in the not accomplishing, not achieving half of my students is this: what is the connection between going back to the family (or staying with the family), even if you go back, by placing blame only in your stories.

I moved out of my family home around age 23. I was still in architecture school, I was in my diploma year, so I still needed money from my parents to live. I didn’t have a job, didn’t want a job. I lived walking distance from the University, and I could buy cafeteria tickets from students that lived with their parents, so I had one guaranteed meal a day.

My school results tumbled in that last year: I went from top 10% of the class to ordinary…

Then I continued to be ordinary for a lot of years. I desperately needed a family where I was ignored or abused: I used that energy to excel for many years. Left to my own devices, I was a slacker.

I was also a beggar. I didn’t know that at the time, but it repelled people. It also repelled the results I desperately wanted. Beggars can’t be choosers, as the saying goes.

I had holes in my education, and I fully expected that others would fill in those gaps for me.

I was an arrogant victim. And secretly I saw myself as a failure, a disappointment, a slacker… desperately trying to cover it up. With illness, with talking, with being an eager beaver, a busybody.

I also lied. Lied to make myself look better.

I gossiped to make myself look better.

I didn’t. It didn’t make me look better.

I was still a disappointment. Not what they wanted. They? Oh, my mother… of course. 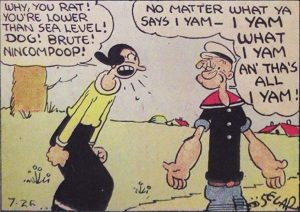 That is a great starting point for a “new life”, or to growth, unless you stop there. I didn’t.

If you don’t hate it enough, you’ll put up with it… and there you are: unchanged.

When I look at my slacker students, that is what I see: they don’t hate being a slacker enough to do anything about it. Not, even though they are paying for it through the nose: with their health, with their results, with their whole life.

And at the same time that they are not hating being a slacker enough, they get enough payoff… rewarding them for remaining the same.

Now, for a fuller picture, two of the five are not quite compensated enough for their misery…

What do I mean? Being a moocher and a looter is not a happiness producer. It is actually miserable.

Self-sufficient, self-reliant people are not given to mooching and looting.

Mooching, whether it is for strokes, or other unearned stuff, like acknowledgment, appreciation, respect, is a form of begging.

Obviously this is too much to ask of people… given that a full 99% of humanity are second-handers, moochers and looters. They simply replace parents with spouses, with employers, with friends on whom they can mooch and loot and depend on.

For me break-away, this awakening happened in 2002. I don’t know… I just saw myself. For a moment. I laughed and I cried, but I became this new person… in a moment.

It happened in a Landmark seminar. I raised my hand and I reported to the seminar leader, that “no matter what I did, people didn’t want to be my guest to an introduction”

And as I was saying that, the Witness part of me (everyone has a witness part!) told me that I was lying.

The truth was that I made weak attempts, weak effort, meaning I didn’t really invite anyone. I was lying. I was making puffery… I was making airs.

And that is who I was. And my life reflected that.

I had a vision of a future of freedom… and in that moment I got that what robbed me of that freedom is me, myself, my insistence to be seen different than I was.

The payoff was puny, and the cost was tremendous.

I had been cashing in on that payoff all my life… and no change bought me any happiness, ease, grace, joy… because you either have the payoff or what you really want. 2

I wanted freedom from slavery. Slavery to anything… And I went for that.

It is simple: if the payoff is satisfying enough, you’ll stay your moocher self. Your looter self.

You may call yourself a seeker… but you are, really, a liar. Seeking is a pretense.

PS: are you a starter? are you a finisher? are you neither? Only 1% of humanity is a starter or a finisher. The rest: not an idea in their heads, not for starting not for finishing. They are the non-producers. Having “good” ideas, unresearched, ideas that cannot be finished are not ideas, they are fancies. Puffery.

The first three stages are mostly Starter “jobs”… the Finisher has nothing to do in them. Then at stage 4 the finisher joins in, and takes the project, if it is viable, to completion.

The neither starter nor finisher is useless at every phase: they don’t intend to take anything anywhere: it is just talk. They already fail in stage one, at the latest in stage two. They don’t have the intention, the knowledge, the means, the skills to take things anywhere. They lose it at the latest in second stage… they drop the ball… or if you prefer: they stop spinning the plate, it falls and crashes on the floor.

My older brother, who is a neither… started a consulting service… and promptly closed it and became an employee. My father was a finisher. My mother was a neither.

If you need employment, you are likely neither a starter nor a finisher. You are a dependent… dependent on the company to provide you with an opportunity to make a living. A reason to get up in the morning.

Just like your family provided you with everything you needed to survive, including a context.

Most of what I teach isn’t very useful for a “neither” person. Maybe a little bit, but not really.

I am not saying you are doomed if you have a job. Being an employee is an attitude, a mindset, not all that you are.

You may be a second hander, and you may be a person, a producer, even though you have a job.

But if you are a true “neither”, you need to look and examine if it works for you, like I did: I was a sellout… sold out to payoffs… to puffery… Became a beggar for strokes, positive or negative.

And I had had my own company for decades… so you can even be a neither if you own a company, and be employed by that company.

I don’t quite have the words yet to say how one becomes a not-neither… lol. A person. Self-reliant, self-supporting, a Self. You’ll know when I’ll have the words… you’ll read them right here… on my blog.