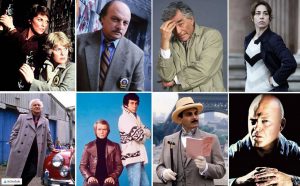 I love to read. My newest favorite writer is Blake Banner, a mystery writer. His books are perfect for one day reading… around 150 pages each.

What I like most about these books, apart from their language which is often delightful, is that the author pits against each other two kinds of detectives, the one who looks at the evidence, and immediately weaves a likely story and then defends it with all their might. And the other who doesn’t make a decision but researches more until he can actually prove it… which is often a lot later.

We see the two archetypes everywhere in the non-detective world: the jumping jack… instant meaning, instant conclusion, instant anger, instant like or dislike… 99% of all humans.

The other has something, that has nothing to do with innate intelligence, or smarts: both detectives are equally smart. 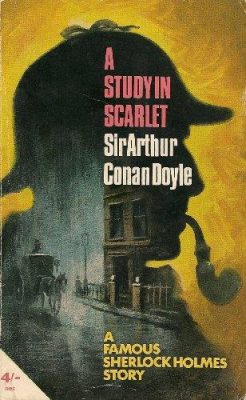 The difference between them is one capacity, the capacity to hold your horses and look wider. The “leader of the free world” doesn’t have it…

You probably don’t even know anyone who fully has it…

Sherlock Holmes definitely had it.

When you look at things through a narrow cone of vision, when you don’t have the DNA capacity “Responsive” open, you make decisions from the factors, the facts that are readily visible inside that narrow cone… but rarely sufficient to make an intelligent, an astute decision.

You don’t ask questions that are fact-finding. That would give you information you would need to have to make an astute decision… no, you massage the little you have and you massage it to an answer that is not astute… that is inane… stupid, moronic.

And even if you ask questions, you are only asking questions to go deeper and narrower, to justify that you already know everything.

I have students who don’t read my daily articles, even though every article I write is to widen the scope of things my students can look at, my students can consider, so they can see the bigger picture.

I could call it “emotional maturity”… and I would be really close.

Which, kind of suggest to me, that responding is not natural behavior for most of us, while 80% of the population, according to the Human Design System, the Generators and the Manifesting Generators, make a mistake unless they respond…

So it is really important to us to talk about his… because if you want to be living a life that is harmonious, that takes you where you live it with harmony, then you need to learn what the heck it means to respond… even if you are not a Generator.

I, thank heavens, have that capacity open for myself… but I remember, vividly, when I didn’t… And I was, clearly, a bumbling idiot and felt like I was jerked around like puppet on a string. 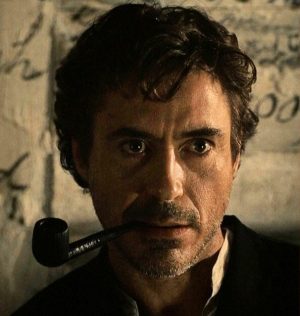 OK, admittedly, “being responsive” is a DNA capacity. When it is turned on, then it is a natural behavior: you see that reacting is harmful. That reacting takes you out of the present moment, and locks you into the story, and the meanings, and the past, and the drama.

My course, more like a workshop, The Playground started almost a year ago… and it is not done yet.

It cannot be done until the participants will naturally and most of the time respond… instead of jump, react, and suffer.

I am thinking of renaming the course to “Brilliance at Will”

What it suggests that you can be brilliant any time anywhere you wish, at a moment’s notice.

Of course Brilliance at will is a great selling point. What it doesn’t say, what it doesn’t tell you how much work goes into it before you can be brilliant at will.

Around 50 weeks worth of work so far, and the capacity to respond is almost open, largely open, for everyone except one student who made the stupid mistake to go “home” where she is merely tolerated, and not celebrated. 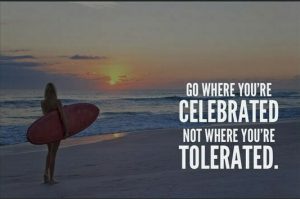 Remember that “meme”, that advice, Go where you are celebrated, not where you are tolerated. Where you are merely tolerated, “they” make a sport of tearing you down, chewing you out, and then spitting you out… or spitting on you. How dare you climbing out of the crab bucket?

They say family is important… but to whom? And what price do you pay for getting what you want from your family?

You likely pay with all you’ve got.

The Playground is called a playground because there you can practice life-skills in an unthreatening environment, where you can screw up, screw around, and still learn… Like a child.

Just like on the real playground, you don’t even know what you are learning. But those of you that spent enough time on a playground, whether it was your backyard, or the street, you found out later that in fact you learned a lot.

I, as a kid, climbed trees, climbed fences, traveled on the handlebar of bicycles, hung upside down on branches, and distance peed with the boys… raced, played ping pong, tennis, swam, blah blah blah…

All are skills, all develop mobility, dexterity, the ability to notice, to be tough, to take pain, to hold, to dare, to balance… whatever.

I even learned to hide and not move, for hours at a time… hold my breath under water… walk softly… cook on open fire…

On this playground the learning is so gradual and so subtle that people are surprised, including myself, that any results were produced.

We are not done…

The question arises: would it have gone faster, had I activated the “Seeing Reason” and the “Responsive” capacities earlier? Of course.

It would have gone a lot faster. Then why didn’t I?

Want the truth? I didn’t know.

You can only create a curriculum for things that are Tree of Knowledge… not for discovery, experimentation, finding the path.

Will I activate those capacities for new Playground participants? You bet your sweet a** I will.

They will still have to do all the practices, so they keep those capacities open… but the course won’t take a year long I can guarantee that…

And we don’t even know how many new things will be discovered… because truth and the best you can be is not limited to what we already know… it is limitless.