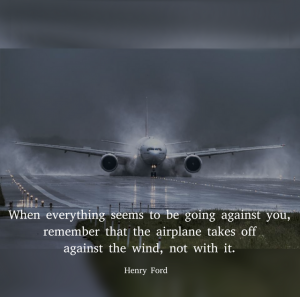 I just had an interesting interaction with my buddy, Source.

I have been under the weather, my heart is ailing, and I have been giving a lot of thought to dying… and the things a responsible person does to make their dying easier on the people they leave behind.

I am doing what Source suggested I do to get well, and it is not happening fast enough… lol.

So this morning, in fact a few minutes ago I asked Source if I should do something differently. And the answer was a firm yes.

And when I get a yes… of course, comes the hard part… finding what the heck is that I should do.

Talking to Source is like the game intelligent people like to play, where they ask question to find out what/who the other person is thinking of… and all the questions are to get a yes or a no answer. Not a stupid person’s game…

And yet… all of life is a game like that: you ask good questions, you ask enough questions, you’ll go far in life. Most don’t. Most keep guessing… inside the narrow cone of vision they live with. 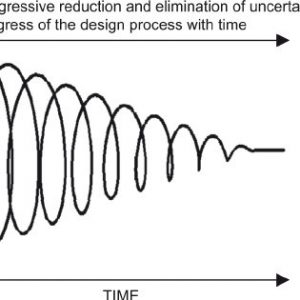 The process of progressive elimination

The process of elimination, aka The Anna Karenina Principle, the Anna Karenina Method, the strait and narrow, the Michelangelo Method… a rose is a rose by any name! is what I have to do. When you eliminate all the possible, what you are left with the one thing…

Good detectives don’t know this, only great detectives: detecting is a process of elimination. Asking questions, taking actions that lead to a “no” answer.

So I did that, because I am a great detective… lol. And after I got a whole lot of no’s, trying to find out what I do wrong, what is it I am doing that I should do differently, we settled on sleeping.

Turns out that sleeping on my right side is the thing to eliminate. My sleeping position.

What does sleeping on my right side do to my heart… Nothing.

The final thing is this: sleeping on my right side does something to my hip that only someone who wants to live, who will live through this crisis cares about. Hm. So I asked the crucial question: So I should plan for living? Yes. 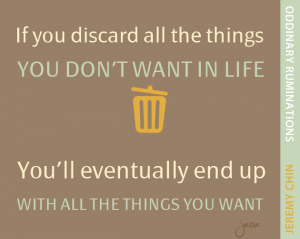 I say the sentence a lot that “how you do anything is how you do everything.” It is a diagnostic statement. It doesn’t say: and you will… always. Just like having a failing heart is not for always… it is still reversible… says Source. 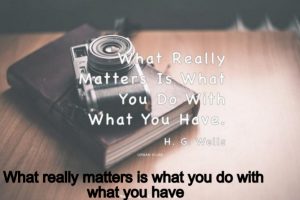 The closest I have ever come to having an experience of someone taking it on was with a private coaching client, who took on being complete and thorough in everything.

This student has done this start, pursue, stop move many times so far. He drops the ball on the second stage of the seven stages of any project, task, anything: he forgets. Remembering is his challenge.

Most people stop before they start… or stop in “listen/express” which is the first stage. They are stopped because they don’t want to fully express, fully own what they say they wanted to do. Very few reaches all the way to the third stage, Strengthen & Build Support / Fail. Everyone says they fear failure, but few fails, because in order to fail you actually have to get to the third stage. Most people are failures by default, by not doing anything. 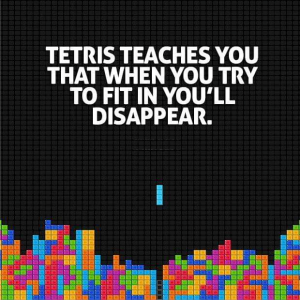 In the workshop I like to lead occasionally, the What’s missing workshop, the goal of the workshop is for the participants to invent a new way of being for themselves and for their lives.

And people invent a new way on the webinar… … … and nothing. Nothing happens. They didn’t even get to the first stage of a project: talking, trying to express what they are trying to accomplish. Nothing.

They leave the webinar and go back to being exactly the way they have always been. And their lives are heading the direction they have been heading. And they don’t understand why.

I have been unable to overcome the complacency, the cynicism and the resignation…

…but most importantly the sense that what they are doing, who they are being is inconsequential. That they are not driving this vehicle, called their life, that they are just passive passengers.

One of the abilities that is included in the Seeing Reason capacity is seeing that who you are, what you do is the most important reason your life is the way it is, but more importantly:

if you change who you are with what you do is the most important factor in the quality of your life.

Society, the culture, family make you look outward. Make you look at what you have, and what you could have. Money. Love. A thinner body.

What no one talks about is the who. The who you are.

Because if you remain the same, all the money in the world won’t make a difference.

If you are reactive, meek, a smart Alec, a talker, a procrastinator, a pleasure seeker, a drama queen, a cowardly waffler, a hurt little boy complaining that they won’t get what they want, etc… you’ll continue that, no amount of money, no amount of success, no amount of love changes that… 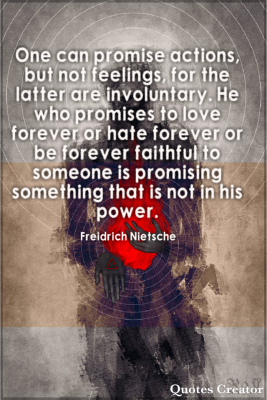 As you can see, even opening up a DNA capacity won’t change where you look, what you see, how you interpret what you see.

The 20-30 day challenge I require my students to continually do is a framework inside which you can turn yourself around. You can change who you are… little by little, to someone who can live a successful, happy, fulfilled life.

The girl who said she took on learning to juggle… had she been doing this challenge consciously and with the independence it gives her, with the power it gives her in mind, with the intention to change herself, so she is not scattered, that her attention is not hijacked by anything she doesn’t like, but would be able to keep it on the freaking balls she is juggling… would have had a nice vacation with her family regardless of how critical her family was. But, of course, she never considered anything other than juggling looks like fun… 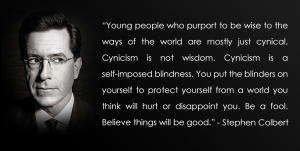 The DNA capacity, Seeing Reason, allows you to see the larger context… But you need to look.

Arrogance is cynicism. Cynicism is arrogance.

Both the arrogant and the cynic behaves as if they know… as if they could know… while they have the limited perspective of the human mind.

Now, if you got, if you can see, that unless you change, unless you become a different person, the common denominator in all your actions, a different “who”, your life is heading where it has been heading.

When I ask people, in the “What’s missing” workshop, what would happen, down the line, maybe five years from now, if they continued doing what they are doing, and being who they are being, what is predictable is that their lives would end up in an ugly place.

I remind myself of this every day, every single day. The place where my life is heading, and that direction needs to be adjusted many times a day, is homeless, alone, and dead.

So I keep on molding myself into this person who can, who will do what they need to do: sell stuff, do what needs to be done, to go in the direction of growing, not coasting, not hoping that even without actions I will get it better.

The changed you is not dramatically different. The changes are minuscule. Seem insignificant but in their effect they are major, especially if you consider many tiny changes.

I haven’t needed to apologize for a long time now. It’s not that I should apologize and I don’t… No. no one is needing me to apologize, while years ago apology was needed a whole lot.

Change is made in tiny tiny tiny, seemingly irrelevant moves… Mostly through eliminating activities that are harmful.

In a world where no one does anything, no one ever changes to the better, even a tiny change to the better makes you stand out. Your job is to keep the momentum alive, and keep on changing… instead of going back into resignation and cynicism.

Especially if you have your Seeing Reason capacity open. If you track where the tiny changes lead, you can see huge changes in your life… If you look.

If you don’t look, like the “good detective”… you’ll remain the same… and that, my friend, is a pity. 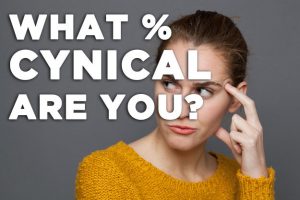 PS: What does it mean to be cynical?

You are a cynic, you are cynical if you are distrusting or disparaging the motives of others; show contempt for accepted standards of honesty or morality by your ACTIONS, especially by actions that exploit the scruples of others. Maybe even bitterly or sneeringly distrustful, contemptuous, or pessimistic… even no one sees you.

Real cynicism is not in your words, not in your facial expression, it is in your actions or non-actions.

Words mean nothing, if the actions that follow don’t speak the same language.

A cynic has no or low integrity… and alas… that is every person on this planet.