In the how you do anything is how you do everything article, I tell you that the how changes only if the who changes first.

But the who’s change is very gradual. Slow, subtle, and takes a lot of gentle work.

In today’s day and age everyone has a good idea how to do things, and those ideas are 99.99% of the times wrong.

I just found this brilliant story on Quora, thank you, that illustrate the methodology that works. 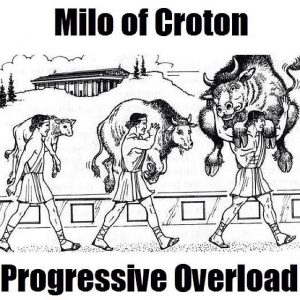 There is an old story about two Greek islanders vying to become the strongest man on the island.

In the meantime the unwise trainee had tried every day to lift a bull.

He had failed every time. 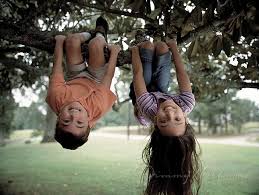 On the playground kids have all the equipment to play on, lift themselves, climb in, climb on, always doing the next task, as they grow.

In our Playground program we endeavor to do it the same way: you do the exercises, you promise to practice a skill, you are supervised so you don’t kill yourself, and in the end, if you did everything, you’ll be another, a new person.

If you do all the things there is to do in the Playground. Including the 20/30 day skill building challenges.

Now, let’s look at change, especially behavior change, character change, who-change a little bit, because, whether you know it or not, this is a mystery for most people, for most coaches, for most everybody.

I have learned, at least the words 🙁 from two people/organizations.

He says something similar to what Landmark teaches, but makes it more “humane”, more believable.

This is what he says: I say it from memory, because it’s shorter:

You inch alternating between moving and gathering strength until you get to the desired outcome.

The fear of change is real. You can also includes the clamoring for “strokes” the old way earns you… as deadly as fear, unless managed.

The secret of this methodology, of the inching like an inchworm

I will add a third way that is a combination plus a twist.

The method of the strait and narrow…

How do you do it?

In the What’s Missing workshop, also called “What’s the Truth About You” workshop. In the workshop you can use my empath capabilities to identify some things that I can feel/see and you can’t.

For me it has always been “being a winner in life”. My habitual question to Source is still: “Am I still winning?”

There is no formula.

In the What’s missing workshop, the last but one step is to invent something you can see now, and can see that if you were that person, that kind of person, life, in every aspect of it, would be a whole lot better. 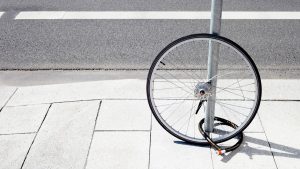 In the video above you see that once the inchworm gets to a new place, it strains and looks to choose a new direction. And once it does, it proceeds inching again. 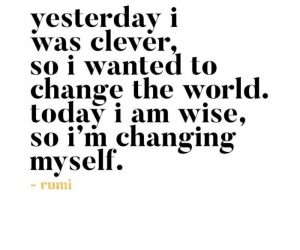 I, for a period of maybe ten years, used the regularly scheduled “What’s Missing” workshops I could attend so that I could regularly choose a direction for the next “leg” of my journey.

I have students who seemingly start from the basement… and it is daunting: it seems they need to change everything to even get to the first floor of their being.

He is a Manifesting Generator, and his good ideas kill him, kill everything he ever wanted, before he ever gets anywhere.

How long will it take for him to do the first leg? It depends on his ability and willingness to restrain his jumpy/arrogant nature.

What I didn’t say, haven’t said, that change is like spinning plates… you add one at a time, and then keep spinning. All the plates, all the time.

If and when you drop a plate, you need to go back to your starting point: for this dude: it is in the basement.

The second time around it’s faster… but dropping plates is still expensive.

She has been pretending to be a Beggar… Look at me! Pay attention to me!

She shares a home with her husband, who, of course, doesn’t pay attention to her.

She is in the first floor (street level) of her being…

Her first leg, instead of what she thought would be: moving out, renting an apartment… a physical change, instead of changing the circumstances, her growth will come from having someone to beg from, and instead learn to leave them alone, and keep all their wits about them. Give themselves attention, and resist their proclivity to ask for anything. Stop being a beggar.

As a Manifestor, she knows what to do so the she gets no resistance if… and this may be her second stage, has the courage and the presence of mind to announce, notify her husband that she is doing it. Not ask permission, not hide it, not be mum about it… saying it like a public announcement.

The principle of this kind of growth is what T. Harv Eker emphasized in his many public talks: I became a multi millionaire. It is not about the millions… it is WHO I NEEDED TO BECOME… that matters. 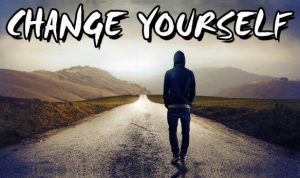 Most people think that what they do makes them who they dream about being. But it is the other way around.

To most wannabes’ chagrin.

Not easy. It is not part of the active part of your DNA… Homo Sapiens isn’t on the level where they can, at will, create their being, their beingness.

That is the level of homo sapiens.

My work is to test, and if possible work out a method that a staunch, established homo sapiens can be taken to the next evolutionary stage: Human Being.

Where the member of the species can call the shot in the question of “who am I going to be?” and then be THAT.

Obviously not an easy feat… it may not even be possible.

But me and the handful of students I work with are trying. Me? with all I have got. Them? with all they are willing to give.

And I think therein lies the mischief… What they are willing to give.

There is no free lunch. I have given and still give all I’ve got.

What are you giving for what you say is important to you?