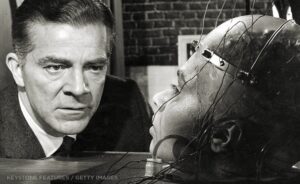 An experiment is not an experiment unless there is diligent and detailed feedback. And to make it very different from all the human experiments: this one is reversible.

You like yourself and your life better before the adjustment of the number of Predatory Genes, I’ll ask Source to reverse it to what it was before. After all: you have free will.

I have asked Source to adjust the Predatory Genes for each person who asked for it, and in addition to a handful of people who I feel will do better with it… And people I can observe, directly or remotely.

Some students can already tell the difference.

I don’t know what exactly you activated, but thank you!!! Yesterday evening I noticed that I was much more relaxed and content than usual. It even affected the people around me. I cooked a delicious vegetable dish which Dexter and his friend wolfed down and I cleaned up afterwards with a spring in my step.

I even cleaned my bread maker – not because the crumbs bothered me, but I thought that if I donate it when I move some day it should be nice and clean for the next person. Not that I never do anything for others, but it was a new attitude and came automatically.

This morning it’s working too. I don’t feel anxious about not getting much office work in (which means less money), but appreciate the chance to finish some projects. When my husband listed the weekends where he plans to go kayaking I didn’t feel the twinge of jealousy I often get. There’s no “something is missing” emotion.

I’m curious: what was it that you activated? How can I keep it active?

She went from having seven predatory genes active to three.

My numbers, meaning the number of Predatory Genes was adjusted upwards, from zero to three.

My experience feels and sounds different from Sandra’s.

I feel tighter. Less la-di-da, Less laid-back. Less “I don’t matter” you could even say: I feel, I behave as if I had more on the line. More at stake. In health, especially. I feel and behave as if it is important, somehow, that I continue to live. That I make a difference. I have never felt that before. That, suddenly, this is not just my private deal with Source, and I better deliver.

Wow. I have never felt that either.

According to muscle test, having three Predatory Genes active is ideal.

Judging from Sandra’s email, what turned off is impatience. Not caring. Dutifulness. And as Sandra says, the “something is missing” emotion.

I didn’t do the adjustment. I didn’t have any input either…

I asked Source to choose what and how many to turn off or turn on. The limited perspective of the human mind is not a good advisor…

When I look at my students with high number of Predatory Genes, their drive is for the temporary, for the momentary, for the unimportant. It glues their sight on the tiny agenda of the moment, and diverts it from the big picture.

In a different environment drive is misdirected. A gene that gives drive is useful… really useful, except when it is in a high Predatory Gene environment, where it is harmful.

Two students whom I let go had 8 predatory genes open, and a third had 7.

Whatever makes them miserable, and not willing to do the work is in the predatory genes making them focus only on winning and if possible, making the other lose. Greedy, avaricious, stingy, calculated.

There are a lot more people with eight Predatory Genes that one would expect. But just like any person: without skills, without some “business” to ply, some goal to go for, these people are forceful AND unsuccessful.

It seems to me, that given that it seems three predatory genes gives a person the most chance to

There seem to be only a few inviolable ethical(?) rules that Source won’t violate:

These are the ones I can see so far:

Am I allowed to activate, deactivate, etc. without you asking me to?

In some contexts, I assume that you have a blanket request for me to do what I need to, what I can, so that I can deliver on my promise. This context is if you are in a course or program with me. Or you are a coaching client.

But I feel better getting your agreement… In that you confirm that you are, in fact, in a contractual relationship with me, that you want what you’d said you wanted.

I just noticed something I have never felt before: I just felt that I need to pee…

It seems that people with too few predatory genes don’t get enough bodily signals. I am also noticing feeling momentary anxiety when I do something that may not turn out well. I’ve never had that before.

So, it seems, living with three predatory genes after having lived 72 years with none… is quite a game changer. I’ll have to learn, maybe, to adjust… and not make a big deal of it.

I wonder what it is like for someone who started out with too many… One dude has gone into veritable despair… I am not worried. He needed it. Let’s hope that he will be able to hit bottom.

My own “rising”, if you want to call what I’ve done in the past 30 years rising… started with hitting bottom.

Of course there is no REAL bottom…

Truth be told, I had lived on that bottom, or thereabout for most of my life, hovering just above the level where suicide was a good solution.

One day, on a coaching call, I was attempting to get a client to declare hitting bottom. 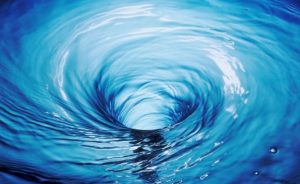 My experience with hitting bottom was a result of a kayaking accident.

I was in the middle of the Danube, attempting to get to a small island North of Budapest, to escape a huge approaching storm. I was a minute or so away from getting to the island, when a lightening hit the water next to my kayak, and the resulting “vortex”, a whirlpool in the water pulled my kayak and me into this vortex.

The water was, I am guessing, about six meters deep at that point.

Every fiber of my being wanted to get out of the vortex… but my training took over… just a week before I took a course that taught how to behave when such a thing happened. Talk about serendipity… 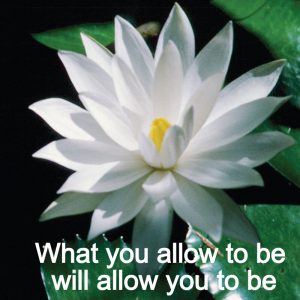 So I allowed the vortex to take me all the way down, stiffening my body just enough so it was not floppy, so the descent was smooth.

When my feet hit the sandy bottom, I allowed my knees to bend, and go all the way to squatting position. Then I gathered my wits about me, and looked for a direction away from the still whirling vortex… And kicked off.

I escaped this accident without scrapes and bruises… and with a big learning.

So I am teaching this client… and I realized that I was teaching something I knew how to do but wasn’t doing myself: declare hitting bottom.

The significance of bottom is important: there is only one way to go from there: up. But you have to kick off. You have to want to go up.

After that coaching call I did just that: I declared hitting bottom, and I kicked off.

The rest is history… My vibration, at the time, was 35. I have only met one other person with that low vibration. My tolerance for misery was very high… lol. I was a veritable sheep.

Anyway, that dude with the low vibration… He will get in touch soon enough, and then I’ll guide him to declare hitting bottom, now for real (he has “declared” hitting bottom, but it was a con at the time, to dupe me) and kick off… 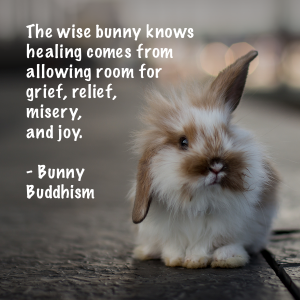 One of my students shared with me that his wife realized that her mother didn’t love her. And felt sadness over it. She shared it with my student, the husband, who started to argue with her that she did love her, or whatever the heck he thought would fix that she was sad.

And she, really intelligent woman, and not surprisingly one with the ideal combination and number of predatory genes, told him that all she needed is being heard, being able to express her pain and sadness.

I was contacted by a man the other day who is like a sap… crying, moping, doting on parents, his parents. I measured his vibration, even though I refunded his money… because I was curious. His vibration is 100, and he has only one predatory gene open. He is a big marshmallow, limp d*ck… You NEED predatory genes!

If you don’t know what predatory means, please google it. It is not bad. But too many distorts your view of life, distorts what is important, and renders you not intelligent.

The highest intelligence is when you can be in a perfect dance with Life. Graceful, fluid, and beautiful.

Sandra, a day after her “adjustment” went from 20 overall intelligence to 50. That is what I am talking about.

PPS: Here is another feedback:

I just read your article, and I’m willing to be a part of the experiment, if you’d have me.

Unless I already am – because since today morning I’ve noticed a change… I feel a little calmer, perhaps, and more willing to start getting things done. But I’ve been also catching glimpses of things I haven’t seen before, about how I’ve been resisting and not responding, and what the cost of that has been.

I run some of the recent incidents through the script, and did a little soul-searching. I’ll have a (pastner) call with Matt on Friday.

I realized some changes happening while I was at work talking to a client Like the monotone voice I had is almost gone..which was funny, and I spoke with more assertiveness. After a while I felt restless.

Than two hours ago or something, I saw strongly, when I went through my childhood stories again that me being wrong and a FAILURE is just a LIE. I am not a failure, just something I have been making up and like you said been leaning into. That felt like emptiness and than came confusion. The question that came up was “OK, now what”?

I really don’t know what feeling turmoil is.

I am doing this for free… even though I could charge for it. And as soon as I have enough proof that it works and what it does… I’ll charge for it. I can’t believe, I feel excited… Now, that is new too… lol… I am weeping. Wow.