If you are reading my articles, you know that about a month ago I adjusted my predatory genes.

This happened after I read a thriller on human predatory genes… wrote about it, put it aside, let it simmer, and then returned to it a few months later when the idea came up again. Re-read the book, and decided to have a heart-to-heart with Source, and decide what to do about the issue.

Conversations with Source are like a 20 questions exercise: Source doesn’t quite speak like a person… although it does speak. It has, so far, four distinct and recognizable “words”: yes, no, somewhat, and maybe.

I probably should write a whole article about that, the ways Source talks… but this article is not about that…

This article is about what’s been happening, and the kinds of insights that would not have happened without what I did back then, about a month ago.

It is the invisible reality, stupid!

OK, I asked Source if I can ask, if I am allowed to ask to adjust the predatory genes: mine or others’.

The answer was yes.

So I adjusted mines. I already knew that I had none active.

A gene can be active or muted in the gene tree. A gene tree is, printed on printing paper is about 400 pages… but I don’t have to know anything about it… even scientists are only scratching the surface. Moreover, because it is pharmaceutical companies that finance the research, they are only looking at what a pharmaceutical company can make money with… So we will not see anything useful from the research any time soon… because if it doesn’t make money, the research companies will have to be mum about it.

Predatory genes is one of these topics… but science fiction writer Douglas E. Richards By the way, I choose the authors I read by their vibration, and then I also ask Source if I should read them…

At this moment I have nothing to read… 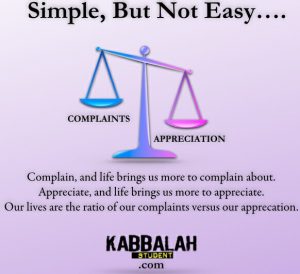 Back to predatory genes…

I don’t even know what they do. I can muscle test how many a person has… And I can ask Source to ADJUST them. I am the delivery person… not the “chef”…

About the same time I had a rude awakening: I found out that my lifestyle had rendered me to be on death row.

I had my blood vessel nearly unpassable for fresh blood, and in addition to having aches in my calves, I suddenly had lighheadedness, and severe pain in my chest.

Someone with no or too few, less than three, predatory genes, has their Life Force on low… that was me. But as soon as Source adjusted my predatory genes, it seems, it, Source, also deemed me worthy of showing me that how I live, what I do, is killing me.

Not long before this whole ordeal, there was a third crucial element to this story: learning about the way I innately make decisions that are right for me… And also how I have been making WRONG for me decisions almost all my life… thinking that making fast decisions is the sign of high intelligence. The Human Design is what I am talking about.

I had known about Human Design for 12 years… I even had my chart done, but it wasn’t useful to me until just this year.

This year, by the way, has proven to be a perfect match in the series of years that end in 9… for me.

The solution to my life and its problems have been popping up. Really.

And the weirdest thing is: I had already met all these problems and didn’t know what to do about them.

OK… confession time: As I am writing it, the headphones on my ears are playing the Big Bundle… It is an energy audio. I hear myself sighing in it. I could only keep it up for 29 seconds… so the audio has to play on loop, or I also made a 90 minute version… repeating the short recording as long as it took. I have been playing this audio, on large headphones, for 10-15 hours a day, and it’s fabulous, but it is futzing with my memory and my focus. source says I still have so much plaque, that I will need to continue these treatments for about five more weeks.

I know what triggered me to write this article, but it is mighty hard to even recall what about that, that I wanted to share.

Why? because the energy in the audio is cleansing my brain as I am trying to write an article. I know, stupid… lol. But how else am I going to put in 14 hours a day, right?

Funny or ridiculous? It is what it is… nothing is wrong, I don’t have a deadline.

While I am waiting for the brain to recover from the onslaught of cleansing energy, lol, I want to share something weird: I am on the 28th day of this intense cleansing regimen I am undertaking.

I started it because I wanted to avoid imminent death… But I didn’t stop like most people do when they have a death threat… I have been doing it, diligently, monitoring my results, and putting up with unpleasant side effects.

As I child I used to have hives. Huge, itchy hives. I was intolerant to some sources of protein: eggs, milk, and beef.

Then, by my teenage years the symptoms disappeared. I was happy about that, but I should not have been. The body didn’t allow me to get these proteins to touch it… it covered every surface of my innards with plaque to protect me.

I, of course, had no idea what was going on in my body.

So now, that I am cleansing my body of plaque with the Big Bundle, I have been getting the hives. After 60 years of not having them.

Do I want them? Hell yeah… Why? Because I want to have a plaque free body, and no hives. Now I know what those foods give me…

And another little tidbit: Only type A1 milk products do that. Not goat milk, and not Type A2 milk butter (President butter from France).

I had eggs for the second time in the past 28 days… but I got new hives almost every day of those 28 days.

So what was the offending substance on the no-eggs days, 26 out of 28? Turns out that those offending proteins were stored in the plaque… wowzie… ugh. That turns my stomach.

OK, my brain is starting to return to normal…

Starting, but it’s not there yet. Let me get a cup of decaf coffee with hemp butter, I made myself. I come back when I remember what I wanted to write about in this article… don’t go anywhere, please…

OK, I think I remember now…

I started to learn Kabbalah back in 2003. It made lots of massive changes possible in my life. And with a video I watched now twice, it is starting to work again.

Kabbalah is a body of ancient and esoteric knowledge.

People who learn Kabbalah read and study things that Kabbalists said, centuries ago.

Kabbalah is said to be an esoteric discipline, esoteric means that it is secret, and intended for or likely to be understood by only a small number of people with a specialized knowledge or interest.

We could also simply say: it is not mainstream. It is not something people at large would be interested in, or understand. They would want the result, but neither the knowledge, nor the price you have to pay for what you want.

But, of course, nothing is free in the Universe.

Jesus, according to his style of speaking, was a Kabbalist. Kabbalist is a person who is versed, trained, and conversant in Kabbalah.

Kabbalah is esoteric knowledge, very disruptive to the normal thinking, to the culture, to the Tree of Knowledge, to authority, to the way of life, so to the powers that be, it is dangerous knowledge.

Anyway, I started to study Kabbalah back in 2003.

One of the things I learned… book learning then, is that…

in reality there is a delay between cause and effect…

…that the simple mind considers no connection between their actions today and their results years or maybe even decades later.

But the connection is there, because energy does not disappear.

So unless you can see behind the curtain, you’ll do things that will bite you in the a** years down the line.

But if you understand that that is the nature of reality, you’ll start doing things differently, and you are going to do different things.

In every area of life. In health… Stop eating whatever you can put your hands on. Stop trying to fix problems by adding more stuff on your plate.

Please turn on The Sight capacity for me
The function of time, according to Kabbalah, is to separate cause and effect. And it does.

The world, humanity, is getting further and further away from this knowledge… especially in eating.

And, of course in all areas of life…

When I look at my students, they do things that start the avalanche that will reach them and their lives maybe only in the years to come.

The principle of the strait and narrow, also called the Anna Karenina principle, of reducing, shaving off, abandoning what causes harm, or what causes no improvement, and ending up with a handful of things that are useful,

Every area… including your emotional life.

And yeah, this is what I wanted to talk about.

Yesterday I watched this video and I re-watched it today.

It is pure Kabbalah… even though the dude in the video may not even know it.

I am going to make this the main topic of the upcoming Playground session… instead of what I have been planning. And the original “invisible” the secondary topic.

If you are in the Playground, you better adjust your suspender… This is going to be a wild ride.

PS: I just realized that the knowledge T. Harv Eker gained that turned his life around was directly from the Kabbalah. He doesn’t know it: it came through a third person… But what he teaches is pure Kabbalah… Isn’t it interesting that cause and effect is really separated by years and decades. The cause: hearing and learning lots of amazing things from Harv… effect: I now suddenly know how to use it, and why it’s true.

Here is the video that reminded me of what I have known but never taught: