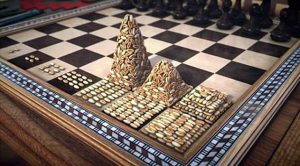 The famous story that teaches geometric vs. linear growth creates insights that disappear about as fast as your dreams after you wake up. 1

Homo Sapiens, even the ones who understood mathematics in school, are famous for near-sightedness.

What are you talking about Sophie… what is this b.s. again? You ask… because you think I am putting you and all of humanity down.

But what I am doing is bringing some distinctions, shades of gray, into your black and white world that has been leaving you miserable… utterly miserable.

Even the “famous” Dan Millman book, ‘The Life you were meant to live’ doesn’t mention it as a law… although it is one of the most important laws of reality. 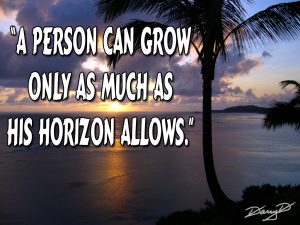 The sense of “wrong” comes from the gaps…

These are just a few of the gaps.

Some others, just as difficult to bridge are straight from your Starting Point Measurements

When you look for what’s missing, you find stuff… and you do spot-cleaning… too little too late.

Some students, mainly because of their relationship with me for which I don’t have a word… some students do more consistent work than others.

I have a few students whose significance, to me, is that they show me the different ways humans avoid growing, humans avoid becoming all they can become.

I remember back in the Advanced Communication Course, back in 1986, I intuited that the most important and most missing capacity anyone can have is consistency…

To tell you the truth, I used to be like that. I used to call it: hovering just above the water level, so close that when there is a breeze, some waves lick my butt… threatening me with drowning.

Depending on your behavior…

But your behavior can only change, really, when what you see changes. The horizon.

But the horizon can only get wider if your behavior changes.

What bridges that huge gap is faith.

Faith is not belief.

From Quora: What comes first faith or belief?
Beliefs comes before faith. All abstract knowledge is based on belief. Faith is related to belief because it supplies the conviction that the a belief is true. Knowledge is a belief that possesses adequate evidence.

I think that the real difference between belief and faith is where the two come from. 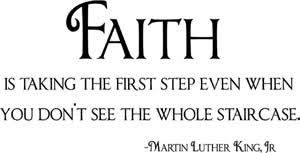 Belief is a mind thing… while faith is a consciousness thing.

Question 31 in the Starting Point Measurements looks at that connection: 31. How lucid are you? i.e. how present, how conscious are you? How much of your intelligence is used in life?

The average accurate vocabulary (question 10 in my Starting Point Measurements) of my readers is 300 words. They have 300 words that they use correctly, that they understand correctly. You may know 5000 words, but use 4700 of them incorrectly or approximately… NOT correctly. 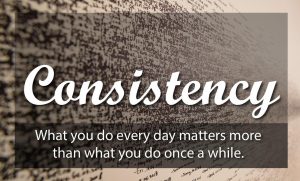 After I adjust your predatory genes, it is actually easier to be consistent, because the pull of wants, and likes, and desires, and needing to and should will have less power over you and over your behavior. Less, I said. It won’t go away.

In the story at the top of this article, the secret sauce is consistency.

If you don’t have consistency, you can’t grow.

Sorry to be the one to break it to you.