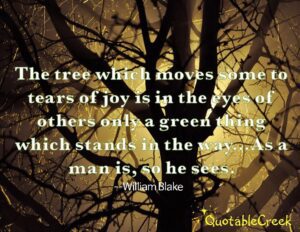 The idea that you can get smarter needs to get clarified.

Why? Because people cannot see smart, cannot see how smart shows up, cannot see… anything other than filtered through themselves, how THEY are.

I talk to a few people every week. And I can tell that the way they see me is in comparison to themselves. Not as a person on my own right… no, they see me in the same picture as themselves… and they measure… hell, they measure. Relentlessly, and guess what? I always come up less… or at best the same as them.

And we are talking about all kinds of aspects, levels of education, smarts, good/bad, etc… and yet in every aspect that is the case. This is how the homo sapiens machine works.

‘Einstein? maybe he was lucky, but surely he was not smarter than me!‘ They say in their heads.

…and that phenomenon, that as you are, so you see, is what I want to talk about in this article.

What does this phenomenon mean? What does it mean ‘as you are, so you see?‘

It means that you put yourself front and center in any and all pictures you see… whenever you look, or not look… It is all about you, and you are always the main character… Everywhere, all the time, no exceptions past maybe a millisecond where you see the other…

And worst of all: you don’t put the real you, the reality of you there, you put the ‘in Plato’s Cave’ version of you… the shadows. The opinions, the narrative, the interpretation… not the truth.

You guessed something right on a TV show… you are a genius… in the Cave… of course. Even if you competed in front of millions and guessed everything right you wouldn’t be a genius, you would just know a lot of useless stuff.

Reality is independent of you or your looking.

Really?! I can hear the collective gasp… dismay… protestations.

You matter when you matter, and don’t when you don’t.

If this is offensive, or not clear to you: you need to get smarter.

But you don’t want to get smarter… you are already smart enough… or as smart as you can get… right? Wrong.

Why? Because as long as you think you are smart enough, you are stuck…

Humanity is stuck and… that’s why. And because my job is to wake you up, the people who were lead to my articles. Wake YOU up.

I think that people, YOU think you are as smart as you need to be. You can do your job, you can read, watch TV, operate your vehicle, find your a*s in the dark… lol.

So why would you want to get smarter? Right?

One of the ways I see, on my participants, getting smarter is seeing deeper, wider, and more accurately. They are also less fully in the picture they see.

You think: I see everything the way it is… but you could not be more wrong.

You don’t see what you think you see. and you only see a tiny fragment of what is visible, what is there… Barely, not clearly, not specifically, not usefully. You don’t see that the seeing of which would make a difference.

If you could see

If you could see that you are not willing to own that reality is what reality is. And you are pissed at reality. But it won’t change anything, instead it will make everything worse…

If you could really see that 90% of what you do doesn’t give you anything. instead it takes away your ambition. It takes away your power to be all you can be. Takes away peace of mind. Instead you are on a hamster wheel going nowhere.

Do you think you MAY need to get a little smarter to see all that?

The current state of humanity is homo sapiens… the word ‘sapiens’ means wise, but homo sapiens is anything but wise. Homo sapiens is pretty stupid, DUMB relative to the size of their brain…

they cannot see that there is more available to them… genetically…

YOU cannot see that there is more would be available to you… if you got smarter.

I find that really disturbing.

What is the reason people, YOU, think that getting smarter is not in your best interest?

Or if we look through the racket dynamic: the payoffs,

This, the racket dynamic, is entirely invisible for humans, even though on average about 30% of your waking hours are engaged in  racket.

The time you spend going for the payoff, can be as much as 100% of your waking hours, maybe even your dreams.

The more weight the payoffs have (they are the booby prize!) the less results you have in life.

Not surprisingly, your actions, even if you are in the Playground, will be more about getting validation that about clearing your brain of faulty assumptions, of the racket, of the self-imposed limitations in hopes of the payoffs.

Let’s just look first at the people who are not moving up on the evolutionary ‘ladder‘ inside the Playground.

What is the essence of the racket dynamic?

A racket has four parts:

The complaint can be about life, about another/others including society, and about oneself.

It is the easiest to catch… and the hardest to remove. Why?

Because if you are a complainer, you automatically set yourself on a pedestal, which is one of the nasty payoffs: you are good and they are bad. And you are the victim and they are the perpetrators.

Consider that looking at the world through this filter won’t allow you to take full responsibility for anything in life. including learning anything. doing anything well. or how you spend your energies.

And more important from this article’s vantage point:

if you don’t take responsibility for yourself… you cannot, you are not allowed to get better… in any way

Any improvement actually lives, for you, like a threat against your identity. Against who you consider yourself being.

Smart, stupid, helpless, magnificent, victim, superior… whatever your self-image is. They are there as an identity, and protect you from ever being found out.

Until you own your self-image as a construct. A construct you created to punish others, or prove that you can’t…

…your vibration will steadily get lower, in sync with the rest of humanity, and your life will be less, a lot less it could be.

The secret sauce is responsibility: seeing yourself cause in the matter…

When you see yourself as cause… you can change what you can be responsible for, everything that belongs to you: your attitude, your actions, your methods, your whole existence…

One of the things that can clue you in is how you do things. how you do life, that is recognizable to you. It is like a fingerprint: individual. Not two people do life the exact same way.

And consider that your life is a result of the ‘how’… How you do anything is how you do everything. Because even when you change the ‘what’ i.e. what you are doing, you’ll do it the same way as you have always done everything.

You can find the same ‘how’ in everything you do.

It is easy for me to see this from everything: the emails you send me, the way you fill out the form on the payment page, the way you receive the feedback, the way you use or not use the products you spend good money on, the comments you place…

I listened to two partner calls today. I answered about 10 emails today. I have seen, in all those interactions, one person seeing deeper than last time… being able to see wider and deeper and find what THEY are repeating, so their life looks the way it does.

Seeing is the first step.

I am not saying it’s easy… but it is mandatory.

I have changed the way I give feedback in the partner calls. I now rarely if ever tell them what they need to see themselves.

The emperor cutting the butterfly’s cocoon open comes to mind. It is in the struggle that the worm becomes a butterfly…

Cutting the cocoon open comes from my soulcorrection… ‘Forget Thyself’ look how generous and helpful I am… and robs a participant of the struggle that later would allow them to fly.

You see, it is co-creation… I need to grow, so I can allow you to grow.

By the way, I am going to rename the Big Bundle to ‘MY Secret Weapon’ because it is a sexier name… and because I want people to want to have my secret weapon… because that is how I make a living, by selling stuff.