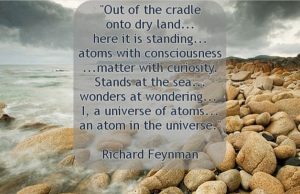 Our access, humans’ access to reality, nowadays, is our emotions… instead of our feelings (sensory perceptions and observation) and our reasoning capacity.

Instead of getting a first hand view of reality, we, humans, inside the cave of our minds, we interact with the shadows reality casts… and we are jerked through upheavals by things that aren’t even real.

Real things can feel dangerous too… like being face to face with a lion, a growling dog, a robber, a speeding car, a lightening… but those are quite rare… at least if my life is any indication.

The shadows of real things… when it concerns humans, are words. Words. Words are the real difference between animals and humans… But also it is words that actually make humans less able to live life fully… given that words are replacing the direct exposure to reality. Words are a stand-in for reality, and largely replace it… this this whole idea of the shadows…

You can, maybe, see that the cost to you, to humans, to humanity, is tremendous.

Note: I have a longer video at the end of this article… If you are in the Playground… you’ll appreciate it. Not in the playground? Don’t bother.

It would be an intelligent question to ask: what part, what aspect of a human is sitting in the cave, watching the shadows on the wall of the cave? Because, obviously, physically, none of us.

That is: if you know that humans have parts… (brain, consciousness, intellect, memory, mind, ego, history, will, soul correction, identity, etc.)

You know to say: my mind… but you have no idea what you mean.
You know to say: my perceptions… but who are you, and what are you perceiving… reality or the shadows? You even say: MY reality… but it has collapsed your interpretation and your meaning with what actually happened… maybe even replaced it.

I am reading a very valuable book that, in my humble opinion, creates more shadow work, more arrogance, and less clarity, more righteous indignation, judgement… etc… than even ignorance, except, maybe, for my Playground participants.

The book is “The art of hunting humans”

It is not that the book is not talking accurately about things, the book’s truth value is 50%, the highest of any book I know of.

And yet, the style…

I am called to go, chapter by chapter, and dig out the distinctions… and add them to my Playground.

I am on my third listening (the book is unreadable to me) and I can see that several distinctions the book highlights are missing from my Playground. So now I can add them…

And yet, surprisingly, my students, especially the ones that are using the Big Bundle, are getting to these distinctions, toe to toe…

So the answer to the question: who is not being informed about reality in the cave… it must be consciousness, because

the Big Bundle does one thing, and one thing only: alerts Consciousness to come out of its cave and look at the mess it hasn’t even known about.

Your consciousness was never notified, never informed about your health issues, or about anything really.

So in the ship/crew/messenger example of the book, Hunting humans… the captain is consciousness. The crew is your sensory organs. But what is the messenger?

The goddam’ (lol, I am laughing) messenger (ego) is the one who makes all the decisions the captain (consciousness) should be making… but the messenger is depriving consciousness from accurate and up to date information.

My hunch that this messenger is the Ego… or looking at it differently, your identity.

The result, looking at yourself, is the life you live.

But if we look historically, what we see is that humanity is growing backwards.

In every possible way.

Now that I have muscle tested the health measures of a bunch of people, I am dumbfounded.

This cannot be the most evolved species on the planet! I haven’t found even one person who had ANY of their health measures above 10%, unless they were the users of the Water Energizer, and therefore their cell hydration was above 10%. 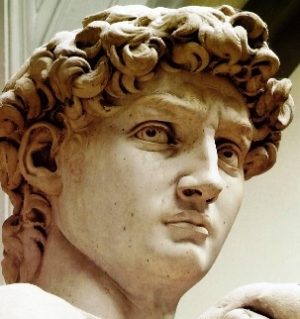 So if I were to diagnose David, I would say that he has an issue with toxins in his diet and they have already destroyed his heart to a high degree. The toxins… this is just a hunch, are due to his eating not according to his eating style encoded in his DNA… separator. 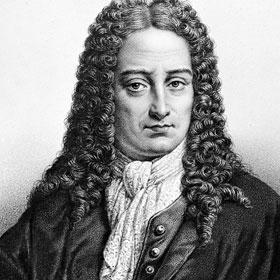 Let’s see another historical figure: Leibniz, the inventor of calculus and many other things.

You can see the deterioration… And that deterioration has accelerated in our day and age. We are weaker and less perceptive, less accurate in our actions than those who lived before us.

The question is why… and I have already answered that question.

Humanity moved its consciousness into Plato’s cave, the cave of the mind, where it only gets to see the shadow of reality.

It probably has a lot to do with what Margoczi’s Feelings and the Words book reveal: humanity uses its brain to create shortcuts, to make the business of life easier, but the shortcuts are not reality and therefore humans are always mistaken. ALWAYS.

And we’ve been using emotions to get information about reality, instead of the opposite: see reality and then see if we have any emotions about that. Shortcut.

You are looking in the mirror… and thinking that the person you are is in that mirror. Or using other people’s reaction as a mirror… or looking everywhere but on reality, and being aggrieved, offended, angered, disappointed, puzzled, anxious about what you get back from other people… and from results from your actions already interpreted by the ego.

So there you have it: we live in the Valley of The Shadow of Death… and unless something happens, we’ll annihilate ourselves and the planet… for sure.

Do I have an answer for you?

Not an answer, but an experiment.

The Big Bundle energy wakes Consciousness up to the fact that it hasn’t been awake. 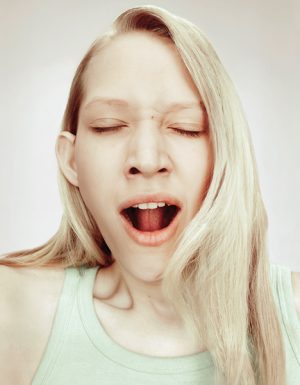 You can call that awakening, if you like nice words.

You can call that enlightenment, if you like to impress people.

But when Consciousness is awake, an alert, and goes out and gets first hand impression of what is going on, it starts to instruct all parts of you to do repairs, restoration, as much as it can, as fast as it’s safe.

It is not instant… I have done, so far about 300 hours with the Big Bundle on my ears… the audio that transmits the energy… and my health has gone from nearly dying to me getting smarter, because my brain is nearly completely cleared of plaque.

The energy/consciousness hasn’t gotten to my muscles yet… Maybe so that I don’t start to behave as business as usual and start running around? I wonder.

I notice on my students the difference that consciousness is present in the Playground partner calls, while before they started the energy, they were wholly and fully in mind and ego.

Except for one person, everyone has moved to a higher level of consciousness in the course.

I haven’t heard results in the area of health yet, but I am sure I will…

If you want to be part of this “revolution” of awakening your consciousness, and becoming more in tune with what’s going on, allowing consciousness to instruct the body to self-repair… I recommend that you buy the Big Bundle…

I am raising the price on Sunday.

And if you want to be able to track the numbers of your improvement… then also get your health measures reading from me.

Here are the links to buy.

Get your HEALTH Measurements. Discounted price expires on Sunday
and for the priceless Big Bundle:

Get the Big Bundle at the original low price before Sunday
Once you buy the Big Bundle, you have to promise that you won’t share it… And you can ask for suggestions on equipment to use it with… It needs to be played directly into your ears, not in the background.

I am ordering inexpensive equipment, but any headset, even ear buds will work…

OK, Playground participants… here is the video I think you’ll benefit from watching.