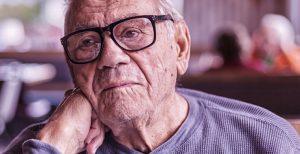 I am noticing that longevity is attracting a lot of “clicks” on Youtube.

As I was looking for pictures, I found another dude, British, long beard… Aubrey de Grey… who approaches aging more the way we do here… so I’ll show his TED talk he gave in my favorite city, Budapest, Hungary, where I was born.

He looks at aging as a side effect of living, and his approach to longevity is to work with the side effects, and one by one beat them.

It’s going to take a lot of medication, and hoopla… before this can even be working on humans… but the idea is sound, so here is his TED talk. (Truth value: 20%)

You’ll see, that there is this other approach… focusing on extending. This one has one sound idea: stressing the system so it needs Consciousness to wake up.

Here is the link to his TED talk

There is this dude, Australian, who has been experimenting with finding the causes of aging, and has managed to reverse aging in mice, and looking how he looks at 50, even in himself.

It’s interesting that his book came out at the same time when I stumbled on another “solution” to the aging problem, this one is wholly unscientific, no profit from any pharmaceutical company, and no starving required.

His solution is putting the body under some stress every day, like skipping a meal, and the body respond by becoming more energized, more willing to repair itself, and younger.

These solutions feel like a full time job… I don’t see that any of my clients would be willing, myself included. Or have time to wait until these are approved methods… Definitely not me.

This second, Australian dude (with interestingly a Hungarian grandmother) shared his theories, his experiments and his interpretation of what caused what.

So I was eager to muscle-test the truth value. I was surprised that it was exactly in the range of other scientific theories: 10%.

Some of it must be true though… some of it feels true.

The crew, the messenger and the captain

If we use the “model” that Mazzi set up in his The Art of Hunting Humans, simpler than my other models… a human is like an ancient ship. It has lookouts, and staff who are in touch and gather information and work on different parts of the ship… all reporting to the “messenger”. And the messenger reports to the captain who stays in his room.

The trouble is the chain of command, where Consciousness is not a present, active observer of the operation of the ship.

What our Australian scientist suggests,

In theory this all sounds good, but in real life, I dare to differ.

If you want to make this work, you need to steadily increase the intensity of the emergencies, or Consciousness won’t be alerted… and the whole thing becomes a routine.

Obviously I am not an accredited scientist… not even a non-accredited one. I just come up with things that seem to be working, in spite of me.

My solution is energetic.

My audio contains the energy that wakes up Consciousness that there is work that needs to get done, on the body, in reality, on the brain.

I asked for this energy… I call it the Big Bundle… or occasionally I call it my secret weapon.

I can activate it by calling it down… and I do it occasionally. But to use my life for living, not for working on my health, I recorded myself downloading the energy. I breath loudly, and the energy, about 50% of it, is contained and is working in the audio, through the audio.

The same is true with my other energy audios. For example, it takes me about five minutes to make a large bottle of water coherent at 653 vibrational level. The audio does that in about 48-72 hours…

But it works, and I can attend to my life, work, sleep, eat, walk, talk… and the work of the energy can do its job while I am busy doing other things.

But more importantly, I can give the audio to people and they can do the same… live, and heal, get younger, without having to involve me.

I am measuring several people’s health numbers to track how the healing process is performed… it is not a straight line. People are not machines, and a huge upset, or an upset stomach, or overwork can change the numbers dramatically… but the changes are temporary.

The other day I came off a strenuous weekend with my numbers barely half of what they were two days earlier.

I felt I was dying again.

After two days of less strenuous workdays, my number didn’t only go back where they were before the “incident”, but my overall health went up 1% during the ordeal…

Weird, but if you look, I did exactly what our scientist said may work: put my body in danger situation… in my case: overwork.

One of the areas scientist aren’t interested in, but I think everyone else is: your brain function.

Due to “aging”… due to wrong living, due to oxidative stress, due to disuse, the brain is becoming less and less functionally available… (as are the arteries, by the way. These two processes go hand in hand.) The brain is covered in plaque that prevents electronic signals to pass or it distorts them

The Big Bundle energy that alerts Consciousness of the troubles in the vehicle (body) starts the body in removing the plaque, and coupled with the right type of living, eating, and foods, the person can reclaim their full brain…and brain function. People are noticeably getting smarter as a result of using the energy audio.

Of course if someone doesn’t change their diet to match their body, the plaque may grow faster than the body can remove it.

Another issue is the time it takes to heal.

I have been using the energy audio for three months, on average 14-16 hours a day.

If I were rich, I would have the audio  implanted to play directly to my cochlea…

Aside: Having Consciousness be separated from the individual, in my humble opinion, is a design flaw in humans: if there were really a Creator, this would not have happened. The truth value of this statement is 70%. The 30% that is “missing” is because ancient humans that lived hundreds of years, somehow had this connection… but, I guess, it atrophied? Yes, says Source. Somewhat.

It seems that I cannot penetrate the truth deeper than 70%… But compared to medical science’s 10%, I am OK with that.

Now, a little rant is coming:

What puzzles me, what boggles the mind, is that 99% of humanity lives a meaningless life, with no meaning and not much fun either.

I had a long conversation with a student of mine who is part of that 99%.

I measure the capacity and the actuality of inspiration in an individual in my Starting Point Measurements.

The dictionary says: Inspire means to excite, encourage, or breathe life into. Inspire comes from the Latin word that means to inflame or to blow in to. When you inspire something, it is as if you are blowing air over a low flame to make it grow.

What I say is that what is excited is the spirit within… spirit, says the dictionary, is the nonphysical part of a person which is the seat of emotions and character; the soul.

Lots of things can excite a person, money, sex, their football team winning, but most of those things don’t excite the spirit…

The student with whom I had the conversation yesterday, has an overall capacity to have the spirit to fly: 10%, and the state at this moment when I am measuring: 1%.

Can he breathe life into the spirit if the capacity is only 10%. Source says: strong maybe.

In the Playground we endeavor to remove the world view that kills the spirit. The world view where there is wrong… In reality there is never anything wrong. Often the world view is use to justify not doing anything, or doing thug-like things…

The question is: can you take out the ghetto out of a person when you take them out of the ghetto?

Sometimes yes. Then they make a movie about it… Like the movie “Knights of the South Bronx“. There are quite a few… but it’s a meager number compared to people who consider themselves oppressed and having no choice.

Another student… born in the “hoods” as well, has successfully extricated himself and his world view from the “hoods”.

It makes sense with the internal setup of people, that they only have concerns about their health and longevity when it seems to be gone…

When younger, people tend to be arrogant and not willing to listen to their elders… they know everything better… Just like when they didn’t allow an older person to teach them to tie their shoelaces…

What should you do now that you have gotten to the end of this article?

In my humble opinion, find out where you are at.

Get your combined health and spiritual measurements