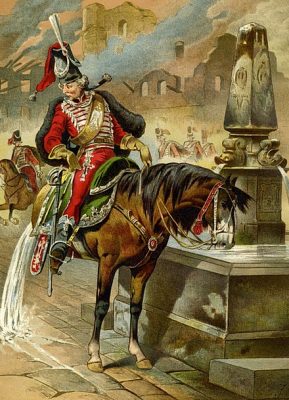 I have to admit: I am going to muscle test my way through everything I say… so I become the first person on the planet who doesn’t disseminate bull crap about this topic so many people ask about. Almost 100% of the new visitors to the site come with a strong pull towards money, feeling good, really acting like puppets on a string…

Of course my site disappoints 90% of them, right away, 99% of them over the next week or so…

If you tell the truth, your filter when looking at things, at people, at yourself, hovers around abundance or scarcity… is all about having.

Be prepared to say thank you… even if you won’t like what I find out.

I have a student who says she was a mistake, like myself. She was born a girl… And she was treated, according to her, with disdain by her parents. She started to compensate for acceptance, for love, for attention by eating. She relates to food as scarce, or potentially scarce, and the underlying thought is “eat today, because tomorrow may not be any”.

I thought that is scarcity thinking, and therefore I should have it too, but I don’t, and never have.

Then I discovered an even deeper and evil thought underneath her thinking: she wants to eat the other’s food too… eat them out of everything, so they will have, like herself had: nothing.

Her experience of herself, from the beginning, was lack. Lack of love. Lack of attention. Lack of what she felt she needed.

She became a gaping hole, and no matter how much food, or sex, or anything shoves in there, she is still a gaping hole, like the legendary half-horse in the story of the Baron Münchhausen. (“The Lithuanian horse” features in another much illustrated episode: it survives being chopped in two by a falling heavy building part, and its front half drinks thirstily at a spring in the marketplace, with the water immediately pouring on to the ground behind it.)

But, as The Art of Hunting Humans book astutely says, she turned a want into a need… and now the need runs her life.

In the Playground program, until the wrongness of that first “incident” goes away, it drives the person’s life. “It is wrong that I wasn’t loved, it is wrong that I didn’t get attention.” is what drives her life, her relationships, her work, her mood, her actions, her eating.

This is where the the 42nd Bach Energy comes from, the “no matter what I do, I can’t get what I need” attitude. Because when a want is turned into a need, it changes a life from “all is well” to “something is missing”, something is wrong. (Pay attention: this is profound!)

When a want is turned into a need, it changes your life from “all is well” to “something is missing”, something is wrong that needs to be fixed.

Here is another example, this time the story of a male child. One day his mother asked the father to participate in the child’s care, namely changing the diaper. The child had a poopy diaper, and the father made a disgusted face…

Anything the father ever did, ever said thereafter meant to the child that he was not accepted, that he is not allowed to be who he is, how he is…

He wanted to please his father… and then turned that want into a need. Today he needs to be liked by everyone, even strangers… and he lives a life that can be hardly called a life, it’s so wretched.

This turning into a want into a need is the cause of most of the wretchedness, most of our insatiable appetite to get more, be more, feel more, that want turned into a need.

Abundance, the experience, has nothing to do with having.

And so is scarcity. A beingness. And no amount of doing or having changes it… because beingness doesn’t respond to having or doing.

The first thing to do is to start looking, with sober eyes, at yourself.

Interestingly, this turning a want into a need is the main move of about half of the soul corrections. So it is not personal, but you either act like a puppet with it, or you become a person. Becoming a person is what is called: performing your soul correction.

Roughly 70% of my students have turned a want into a need. Some are on the cusp, turning it around, like the dude I talk to on Sundays at noon, who is now starting to look at his “needing” respect, and seeing that it is actually not that essential… i.e. it is not a need.

You can tell his sense of freedom now, that he had seen that. He laughs heartily, or as some say: he has an easy laughter.

How much you laugh, how easily, pretty much tells everybody whether you live in abundance or in scarcity.

The Playground student above, with the eating thing, has moved to “half” state by now… Yaay.

Right underneath the gaping hole-like “need” is the next state of being, the next “boulder” just waiting to sink its claws into you.

It can be hate. It can be jealousy. A desire to receive for the self alone.

One of my teachers taught me the methodology of looking at the path as the path of conquering seven boulders. A boulder is big… you cannot see past it, it is that big. And unless you conquer, you can only see that… neither your horizon, nor the next boulder…

You are stuck behind the darn boulder. This is why learning the art of getting unstuck is mandatory…  and so few possess.

Anyone who thinks that from where you are at now you can get to abundance, and to the Land of Milk and Honey, The Promised Land, is delusional. I am not blaming you, I blame your teachers!

There is no such thing. There is no jumping in reality. There is no straight line in reality. Reality is a process phenomenon… not a jump. So if you have gotten past the “no matter what I do” boulder, impatience, the boulder is your next step to conquer.

I have a habit of watching people. I have said before, I am my father’s daughter, and he was a people watcher, that is why he rose from being an orphan, to a high position not customarily occupied by a born-to-be-nobody, like him.

My father wasn’t an empath, but if you are intelligent enough, you can SEE people deeply.

I watch people from all walks of life, but my favorite is to watch people who became rich. And now they are hooked on rich, want more, need more, puppets on a string.

The couple I have written about before, the Bilyeu’s of Quest Nutrition (Quest bars… I never tasted them, I have to admit). Tom is hooked on riches and notoriety. She is not. His soul correction is “Finish What You Start”… he is naturally given to turning a want into a need. And my experience with him is that he hasn’t even recognized that boulder… while his wife, don’t know her soul correction, never had scarcity as a boulder, but probably had some other misery-maker… I haven’t found out what… yet. I am watching… lol.

In my not-so-humble opinion, the whole scrambling, vying, thirsting, and buying billions of tools for abundance is ALL about having turned a simple momentary want into a nagging, 24/7 need.

According to Buddha, the three roots of evil, also known as the “three poisons” are greed, ill will, and delusion.

What does Source have to say about that? The first two, greed and ill-will are evil, according to Source, because they are “desire to receive for the self alone”… but delusion is an inability to see… so it is not evil. It is poisonous, but not evil.

Interestingly, neither wanting more, or wishing someone ill, necessarily constitute evil… evil is always in the context, or said in the language of the ancients, on the seed level.

The visible looks the same… to you. but those with eyes to see

I am not Christian, but neither was Jesus, if he ever lived.

Your Bach Profile shows you what is blocking you from abundance, what is your next boulder that blocks your view of what is your “horizon”… what your life could be about. Not knowing your horizon leaves you floundering like a boat without a rudder.

Once you disengage this want-to-need huge boulder, once you remove it from your life, you’ll get a huge step closer to living a meaningful life without all that compulsion to get what you want…

You’ll be a whole lot freer

Here is the link to buy

So if you are one of those, really wanting more emotional intelligence, start with your Bach Profile… find out what prevents you from being intelligent, and start tackling them one after the other.

Without that your chances of becoming emotionally intelligent are none… no matter how many seminars you take, how many articles or books you read. You need emotional self-surgery… there is no other way.