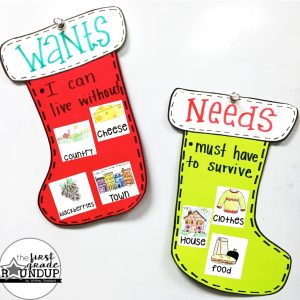 Once you conquer a “boulder”, a challenging character flaw, a new one takes its place. But what is in common in all the flaws is the seed level.

So far I have found two that every person has:

1. As far as I can see it, it is a mindset nearly all humans share: that life, things should be different. That what they think should be is what should be.

They place themselves above reality, above nature, above physics, above maybe even above their gods.

That because you want it, it should be so.

I should know it more intimately than most: my soul correction: “Forget Thyself” is pure, unadulterated putting myself above it all.

I can tell you, it didn’t work, and I didn’t know why I was so miserable all those years.

2. And nearly the opposite: I am not captain of my ship, captain of my soul, master of my fate. The second mentality, that prevents one from owning themselves, and doing what they need to do to have what they want.

There was some saving grace in my situation, though, I was born with several spiritual capacities open in my DNA: my father, an extraordinary man, in spite of all his flaws, went through life challenging himself every step, growing bigger and more substantial every step… while opening up, unlocking 30 spiritual DNA capacities.

There are three kinds of people:

My father was the third category, and I am my father’s daughter.

In the work we attempt to do here is to tame those seed level issues, the invisible movers and shakers of your life, instead of fixing the ones we see.

It’s more of a habit than a capacity: I can’t turn it on for you.

Unless you can change your habitual way of looking, you will be left behind.

The second group is your home… simply survival.

It’s a willingness issue. Being willing to take responsibility for your mindset, your world view, the vantage point you look from, and change it.

And just like any and every truth, it is a beast to face, because it makes you wrong for all of your life… And what can get you past is looking into the future, and knowing that facing that beast is the price you pay for a life, the rest of your life, worth living.

Some are strong enough, others are not.

Interestingly, of my active students, only women fall into this survival category. Men that either dropped out or were removed from the course, can also be in this category. 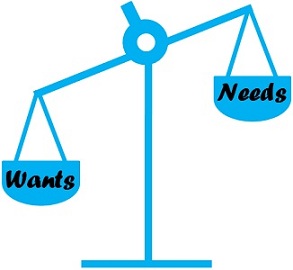 According to muscle testing, 99% of all of humanity is unwilling to let go of their world view of

Now, because most people are trying to fix the visible, you can see a lot of people, part of the 99%, who seem to make feverish attempts to take control, to fix their lives, but it is futile, because the mindset is the foundation, and unless that changes, they will get back to “business as usual”… superior victim I call them.

So what is the mindset that allows you to be happy, joyful, enjoy life, AND captain your ship, around and through storms, boulders, difficulties, adversities, challenges, without complaining, suffering, getting angry or depressed?

The first change there needs to happen is to recognize your wants. And recognize that it is YOU who wants…

A want is not a need. A want is a fancy. You are not entitled to have it fulfilled. You are a guest in life, and those already in it have established an order that will not change any time soon to accommodate your wants.

So you want that… OK… keep on wanting it, and be miserable, or get FLEXIBLE… and start realizing that if you want something it will be up to you to make it happen.

My mother was born in 1920. She was a good student. She could also afford,financially, to go to university. But the Jewish Laws prevented her. She remained bitter for the rest of her life. She deserved to go and study. She was worthy of it… but it didn’t matter.

Don’t be like my mother. She eventually got to study, got herself two masters degrees, but never let go of being personally offended, and feeling slighted.

She also married this man he didn’t like. Married him because she got pregnant. But she was miserable for it… and that was that.

Her soul correction was “Long Range Vision”… someone who gives up a future for a small but immediate benefit in the present, and then feels resentful for it… never recognizing that it is all her doing.

You are only authority where it concerns you and your behavior. Your standards don’t become universal laws.

It’s supreme arrogance to consider yourself above it all… the commander of it all. and then, of course, suffer, because people, the weather, society won’t obey.

Hillel the elder said it right 2400 years ago:

Until you master all three lines of this little “poem”, you still belong to groups one and two: someone who doesn’t manage to create a life suitable for a human being.

Don’t think it easy. Think it worth-it. Or not… it is entirely up to you.

Joel Salatin said (according to Tai Lopez) I don’t mind carrying a man but I don’t want him dragging his feet.

Once I decide that you want me to carry you and you can’t or won’t do anything to succeed, I’ll drop you. I have no problem with that…

Some people whom I dropped over the years turned out to be able to do the work, once they saw I wasn’t going to carry them. We still talk, almost daily, and I am very proud of them.

One of the students I create incredibly valuable audio recordings with, used to be one of those… I teach him on the calls, and see how it lands.

So he tweaked until his stuff landed. Without Werner and his methodology I would not be where I am. He taught me to look in the invisible, to look where others don’t look, where all the magic and all the misery comes from.

This article goes where even Werner didn’t go.

The student surpassed the master… how is that for humility? But you see, if I don’t own it, if I don’t give it to myself, who will?

If I leave Werner out and take all the credit, who am I?

And if not now, when am I going to get the acknowledgment? Hell yeah, now is fine. Thank you.

Another teacher of mine was Dr Edward Bach… he astutely distinguished 38 mindsets, distortions, aberrations from what a person would have, who lives a life they love, and live it powerfully.

Wholly middle level… not surface, not root. Yet invisible…

I took his work miles further, but I would not have been able to do it without him doing what he did. Thank you Dr Bach.

And there are other teachers, more like energy masters, I won’t mention here, but I took what they created, and ran with it… The girl who ran with scissors… and took them where they didn’t dream it could be taken.

OK. I just demonstrated above how to be the one giving yourself the acknowledgment you crave. The acceptance, the attention, the whatever you crave and want.

I have, consciously, moved into the driving seat of my life back in 2006… and have been learning to drive it well…

Driving over some bumps, driving into some potholes on the road. I have even spent some time idling on the side of the road.

Just keep your head about you… and keep on driving your life.

If you have one from before this month, consider it null and void… most likely it has changed.

Oh, you expected it to stay the same? Really? Now I know for sure that you belong to the first group of people, who won’t succeed in spite of the odds on your side… Because you really expect life to remain the same while you attempt to change.

Hey, have your way… or get smarter and order your new Bach Profile. Face the tiger, face the unpleasant reality, so you can do something about it. Otherwise you are trying to master a ship that has no rudder… Ugh.

Get your Bach Profile Special
Make sure you stay and look at the complementary products that come after you say “yes” to the Bach Profile special.

PS: I looked at some of my students, two of them did NOT order their Bach profile. When I look at them, deeply, one of them doesn’t think it relevant to find out, especially after I accidentally told him in a feedback that his was Impatience. The other is going through hell, because her precious “I” is wounded, because all her work hasn’t taken her to a forever happy place…

No such place, “forever happy”… it is a daily job to work it… It works if you work it… daily. One day at a time.

Why is there no such place? Because the invisible machine may give you a brief vacation, but then it will start working to make you a slave, a miserable slave again.

Any person who talks about enlightenment, and samsara, and other happy horseshit, is b.s.-ing you… They haven’t found it, because there is no such a place.

Now that I have taken out the big gun to burst your bubble, I can start my day, and insult some more people… lol.

I used to be like you. In fact when in 1979 I was given a psychological test, I failed miserably: I didn’t know what I liked, what I preferred, none of that.

After that 1979 incident I decided that I’d find out who I was, what I liked, and what I disliked.

I started with my sensory organs, taste, smell, touch, sound, sight. It was very surprising: things I thought I liked I didn’t, and things i could not stand I actually liked…

Then about ten years later I graduated to mirror work. I stood in front of the mirror, attempting to connect to the person in the mirror.

It was scary, because who the heck would want to be seen into, not me, thank you very much. But I stuck with it, and eventually, for moments, I connected to the person in the mirror. And the person in the mirror connected with me. And although the fear never left, it was a different fear, almost excitement. Fear and excitement register the same way on EEG… only the context is different.

Once you can connect to the person in the mirror, and you know what you like and what you dislike, you will move with a whole lot more confidence in the world, because you won’t depend on others to tell you who you are.

You will have a Self.

Expect it to take a long time. There is no shortcut. It can be useful to use the Avatar State Activator, Find your Real Self, but you still have to do the work yourself.