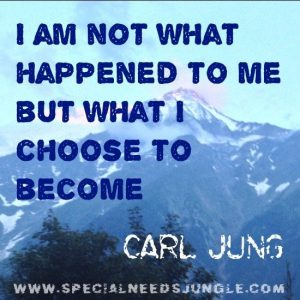 I put all the cash I had at hand, $25, in an envelope yesterday and wrote on it: to Frank the mailman. Today I found a Christmas card, the only one I got, from Frank the mailman, saying “Thank you for the gift.”

I cried. I am still crying. Big learning here… even though I don’t know what it is… Hopefully by the end of the article I will.

At the end, when they thought the microphone was already off, the interviewer and the interviewee said: “we should do this every day, we could get good at it.”

Then I watched the movie Two Popes… cried a lot. Identified with the two Catholic priests… surprised myself with that.


“Perhaps I need spiritual hearing aid”, said the pope in the movie “Two popes” because it is harder for a pope to hear what god says than for a simple person. I have compassion for him.

Then he said: “We all suffer from spiritual pride. You must remember: you are not god. We live in god but we are not of it. We are only human.”

You never know how you can get to where you lost it, where life stopped working, and where it became the Valley Of The Shadow Of Death.

It’s 6 am, and I slept in. and the last dream took me there.

It took me to the dream I lost a few days ago, because I thought I would not forget, but I did.

Yesterday’s movie helped. The two old men, both at the top of their career, both had buried shame, grief, that without getting to it they were going to be still unhappy.

And, in my humble opinion, they didn’t resolve it, but they did get to it.

In the Playground we endeavor to get to the absolutely unbearable to look at spot, and declare hitting bottom.

Instead of putting on your game face, be brave, and play on, you declare hitting bottom. This week we will take a look at the horror that sidetracked your life, and see if we can kick off off the bottom, carefully aiming our direction, to where there is light… and start having a brand spanking new life.

I had to do that, a few times, myself in my life. A few times because I had several traumas sidetracking me, more than most people.

The last one took the longest to hit bottom with, but eventually I did.

Today I am free. The Playground is designed by me to set you free. To return you to freedom. 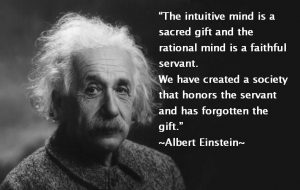 You were born free, and you only thrive in freedom.

You are like a wild animal, who have been caged for most of your life, but you still vaguely remember freedom.

Muscle test says you can do it.

Why haven’t we done this earlier?

You had to get ready. If you did the work, earnestly, in the Partner calls, you are right where you need to be.

Some partners got there earlier than I planned, and I yelled at them. But hopefully they have the generous spirit to get back there.

Why generous spirit? I don’t know. But if you are not generous, you won’t be willing…

So when you want to increase your chances between now and our next Playground session, you may want to get more generous than you already have been, generous of spirit.

Use Christmas, whether you celebrate it or not is immaterial. Something about Christmas makes you feel the pain you don’t often allow yourself to feel. Something like not belonging? That would be my guess.

We need that pain to be present, so we can start the work running… or it will take all night.

I had several opportunities to hit bottom before I actually hit, but each time I bailed out in the middle.

One was in the 6-day course, during the anger process.

You are prepared by yelling “Don’t you ever let me catch you brushing that dog’s teeth with my toothbrush!” You can imagine the scenario that prompted screaming like that… if not, please ask in the comments area.

I had a real hard time getting into anger. I didn’t like to be angry: I saw what it did to people… no thank you, I don’t want it.

The next step in the anger process was: we were taken into an almost completely dark room, where ping pong tables were set up, many ping pong tables, each covered with padding and red velvet. Each table had an assistant in dark clothing, like an executioner. Very scary. We, the participants, were given a mallet and instructed to beat our table imagining it was the wrongdoer in our life.

There was no way I was going to beat my mother with that mallet. I am sobbing as I am writing this.

No matter what my mother did to me, I wasn’t going to beat her… So I made some weak attempts, and then quit.

My second chance was in the same course, a day or two later. We were, ten at a time, standing there in our bathing suits, and the class was staring at us, and some assistants were pretending to closely inspect our bodies… it was HORRIBLE. There was howling grief and terror in the room. The instructions were “get deep into the grief.” But halfway through, I stopped, and swam to the surface, where the sun shined… I refused to hit bottom.

This was in October 1987… the week of the big stock market crash. I didn’t know I just lost my job: the company could not afford to pay me any longer. We were in isolation in a camp in the Catskill Mountains Of New York.

But later that year, New Year’s Eve, I got lucky. I was on the phone with another woman who also didn’t have anyone to spend that night with, and we talked for hours, and I hit bottom.

And in that regard that New Year’s Eve became a turning point in my life. It wasn’t instant. But it was unstoppable.

In some way I said good bye to a profession, architecture, I chose to please my mother but I wasn’t at home with. In that moment I chose my own way in life.

Without that declaration I would be still a slave to wanting to be wanted by my mother.

You can be a slave to many things.

What you are a slave to is almost certainly independent of what happened to you. It depends on your soul correction.

Removing Hatred, a soul correction, wants other people’s energy, in the form of attention. Same with Sharing the Flame.

Because attention is energy… and because they are unwilling to live on their own energy-source. Not that they can’t, but they won’t.

Soul correction is a specific way you are owned and enslaved by the desire to receive for the self alone.

It is a whole different vantage point to look from than the point from where all your stories have been told.

In your stories you are always the victim, but looking from the soul correction’s vantage point, you are the perpetrator.

I, a “Forget Thyself” person, wanted to be wanted. That is how I stole your energy, stole your thunder. It was excruciatingly hard to give up being wanted… even though people resented because, I guess, they felt that I was using them.

What is your specific way to attempt to fulfill your desire to receive for the self alone?

It has to be to take from others. Energy, rights, freedom, liberty, looking good, being right, dominate them, or winning over them.

The moment you can take full responsibility for it, you are ready to break for freedom.

So the question is: what will you do with your freedom?

Depending on your answer, you’ll either break free or you won’t.

What? Yes. If you have something that you’ve been up to but it was hopeless because of the slavery, then, depending on the strength of that purpose, you’ll see if it is worth it to you to become free.

If you abhor having to do anything, even if it is your own desire to do so, then you’ll choose to remain slave to the complaint.

I have asked Source, and even though Source told me what to expect, I also know that you have free will. and by Saturday you’ll be able to strengthen what you could be up to… and choose freedom and go for what you say you are up to.

It doesn’t have to be big big… It just has to be something that with your desire to receive for the self alone excuse you can’t even hope to attain.

And the good here is not what YOU think, it what lands over there… with the child, with the spouse. Their results in life. Not how you feel about yourself.

Want to know what is your soul correction?

What is your soul correction?