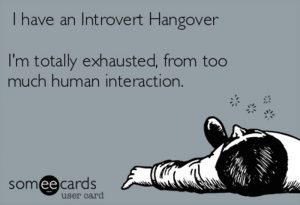 And I rarely say anything twice. I expressed it once, and I am done with it.

34 years ago I started my journey from misery to The Promised Land… It was promised… and I went for it.

It was the last weekend of August back in 1985.

I snuck away from Jerusalem, where I lived at the time. Took the 2-hour bride to Haifa, took a taxi, and voila, my journey began.

It was a Communication Workshop. In Hebrew. My Hebrew was good enough to do work, but was pretty meager for transformational work, so it wasn’t till the last day that I understood a full sentence.

But that didn’t prevent me from having a breakthrough.

I was molested by my father when I was preschool girl… And I carried a lot of resentment, anger, hate… self-pity.

In an exercise I said the words, to a stand-in for my father, words that set me free: “You never married me”.

It was so ridiculous and at the same time so revealing, that it set me free.

I didn’t have the vocabulary why that little interaction turned out to be so monumental, until I read the book “The Art of Hunting Humans” by Sydney Mazzi.

In MY code book, somehow what my father did to me meant that now we were husband and wife. In his… hm… I dunno… lol.

So HE VIOLATED my code book, and until I got clear that I have a code book thinking that we all have the same code book… And that delusion is the reason I didn’t get along with the world, and nor do you. 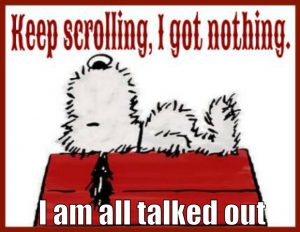 So this week, as I was piling up on partner calls, and Christmas, and calls with my student B, (I don’t say his name, because I don’t want him to get a big head, lol) and I realized that until you learn some principles and practices in communication, you’ll never be able to cause your own transformation.

Wrong will remain wrong, you’ll always be the victim, the victim of circumstances, of your upbringing, of your emotions, of you genes.

I had no chance either, until I did that “famous” communication workshop, back in 1985.

I was 38 years old, and I escaped to Israel, hoping I could leave my misery behind. But misery came with me.

In that workshop I got lucky: that exercise freed me up from one misery, but like yourself, I had plenty of misery remaining… and it took me decades before I cleared them all up. In communication. With words. Spoken mainly to myself.

And I can see, that unless I can teach you how to communicate, at least the kinds of stuff you need to communicate to set yourself free, nothing will work on you.

I listened to a “solo” call last night, and although the student said the right words, no communication happened.

So communication isn’t in the words.

Just like you can say “I love you” in many different ways, and you get a different outcome, so is with all communication… meaning: some communicates, some don’t.

You cannot learn communication from a book.

Why? Because the result of communication is tested by how it is received… like the proof of a pudding is the eating of it. It can look good, but if no one wants to eat it… it is not a pudding.

When will I start? Probably at the next Playground hub session in January

What are we going to learn? I could say “whatever you need to disappear the wrong in any situation.” 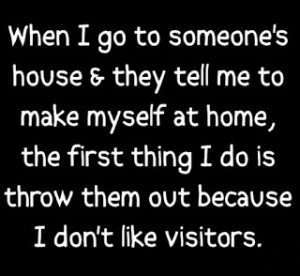 But how? By leaving everyone involved feeling better about themselves.

Until you can see everything in your life as “not wrong” even though it doesn’t fit your code book, you are ineffective, and can’t even start living a life suitable for a human being.

And ultimately the reason people come to me is because their efforts result in to results in their lives: they are ineffective.

You need to get intimately familiar with YOUR code book. Every soul correction has a different code book, and the result is a different flavor of misery.

I talk a lot about what is in the way, but ultimately the only thing that matters to you is what you want… am I right about that?

Judging from how difficult it is to get out the words, even when you know them, and how fake they sound, how uncertain, how weak, it is not wonder to me that you are where you are.

So it has become clear to me, that as much as I am reluctant, as much as I am unqualified, I am going to teach, at least the moves in communication that are necessary for you to leave the wrongs behind, and be able to fulfill on my promise, the promise of the Playground: it is never too late to have a happy childhood.

So instead of doing, instead of offering a freestanding communication course, I am going to teach you to communicate what will transform wrongs into not-wrongs… inside the Playground.

If you are already in the Playground, there is nothing you need to do…

And if you are interested, if you are willing to go the extra mile to turn your life around, maybe this is the time to contemplate joining the Playground.

The Playground is both a program and a community.

Go to step 2
PS: In the Starting Point Measurements I measure people’s accurate vocabulary. It has occurred to me this Christmas, that what I am really measuring is people’s communication intelligence which is really close to your emotional intelligence.

Muscle test says that the light starts to come up at a vocabulary measure of 2,000.

So as I see my job in the Playground, with the introduction of the communication elements, the job needs to raise your vocabulary to 2000 minimum, so you can start creating your life with your words, consciously: creating the life you want, instead of the life you have been, unconsciously creating.

Go and check out the NEW Playground.