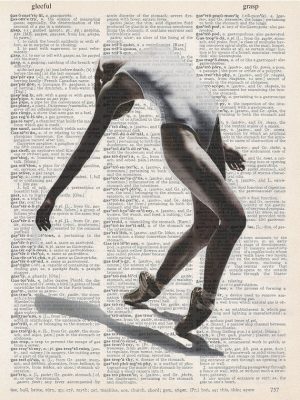 Sometimes people get an idea of activating a capacity that is so alien to their culture, it takes a good 5-10 minutes for the history channel, the ancestors backwards, to build.

No one in your ancestry possessed that capacity… so it has been non-existent for you even culturally.

It is so unfamiliar that ego doesn’t even know to protest. It is like a way of being that is totally unfamiliar… you can’t see other than special people, like kung fu fighters, or shaolin monks to demonstrate it. And, of course, Aikido. I have a book, Aikido in everyday life… illustrates how this principle looks in real life… brilliant.

Your core is flexible, like bamboo… it just bends out of the way. No forcefulness, no resistance.

This is the capacity I activated for myself on the webinar a few years ago… as a test to see if the participants on the call could get it, without me intending it for them.

You see, the “normal” way to be in the world is to push back when something or someone pushes you. Frustration, anger, forcing, cajoling, manipulating… and even if you get your way, you are exhausted, and it’s pyrrhic victory… you pay with your life. Pyrrhic victory is from King Pirrhus who won the battle, but lost his army.

There are people who can “transcend” the “attacks” and kind of let go… but that is not the same as having the capacity, being like bamboo… like reed… like the wind. Untouched and untouchable. No thought is required, it happens without thought…

Hell yeah, I had no idea how powerful it was… and I always wanted it… just didn’t know what to ask for.

I kind of wanted to take it for a spin… so a little attacking me, or chaos, or maybe computer trouble would be a good opportunity to see how it feels. I never thought I would pray for trouble… lol.

We could have called it grace under pressure, but that is not a capacity, it’s a behavior.

But I like to be challenged… bring it on!

I am learning a new way of being in other areas too.

I am learning to ask myself: what is lighter, what is softer.

So I paid an Israeli guy $40 to teach me to bring that attitude into my life.

And it happens a lot: what I am trying to learn other people start doing. How does that work? I have no idea.

But today… mind you, not everybody, but people close to me, did just that.

How is that that I am learning something new, what is lighter, what is softer, and the world becomes this mush cookie…?

I really think that it is all connected… even though it only becomes obvious on occasion. Today has been one of those days.

It is hard, for all of us, to change our minds.

I remember a decade or two ago I was in a money seminar where we were first asked to write down something about money… maybe five sentences.

Then, we were asked to change our minds.

And this went on for about an hour. Ad nauseam.

Turns out, most people could change in only one direction. From poor to rich, from one thing to the opposite. In a world of 360 degrees, they could only change on a straight line.

From smart to stupid, from stingy to generous, from ugly to good looking, from boring to entertaining.

All on the end point of a straight line.

But what is the art is to move outside of that line, and change to something totally unrelated?

To be unstuck from the straight line… that is like a ditch.

For most people, this is alien, and seems undoable.

My straight line, my ditch was stupid-smart. I added, as a first outside of the ditch, “a contribution”.

It didn’t go too well at first, but eventually I could consider myself a contribution, so I was ready to add another “outlier” way of being… I don’t remember what it was, I think it was generosity, then came “someone who can take care of things”…

I now have a hundred ways I can change my mind…

I call this flexibility. Is that an accurate word? I don’t know, but I like it.

Flexibility, the ability to change your mind, is the ability all happy people have, all high achievers, all creative people, and I love it.

I have added it to the starting point measurements, as measure #33.

Judging from the performance of the students I heard today, they may be ready to become flexible…

The starting point measurements tell you where you are at now, in certain, 33 aspects.

So if your plan for the New Year is to grow, get your starting point measurements… and start growing.

4 thoughts on “More about flexibility…”