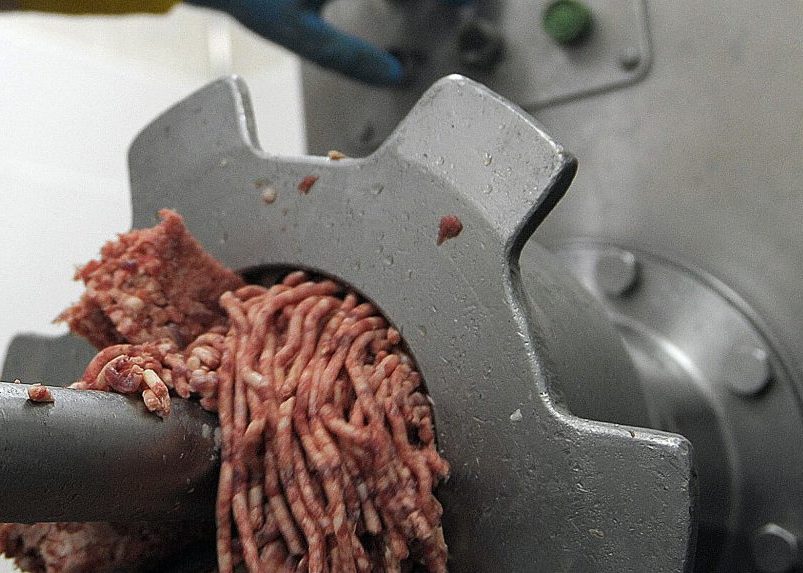 A worker starts the meat grinder at the Marfrig plant in Fray Bentos, Uruguay, May 8, 2009. The plant, part of the Brazilian Marfrig group, is the last link of a chain which began in 1862 when German Georg Giebert founded the Liebig’s Extract of Meat Company to produce corned beef and extract of meat. In 1924 the plant was acquired by British investors and became the “Frigorifico Anglo”. During both world wars the plant supplied the allied armies with countless cans of corned beef and nowadays the plant employs 125 people and exports 10 pounds (4,5 kg) corned beef cans –up to a total of 500 tons a month– to the United Kingdom. AFP PHOTO/Miguel ROJO (Photo credit should read MIGUEL ROJO/AFP/Getty Images)