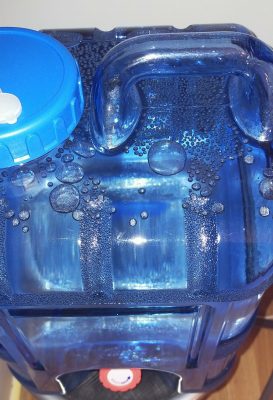 What’s in the bubbles?

Some users of the Water Energizer audio noticed that bubbles start to appear in the top of the container when the water is almost coherent.

I didn’t notice it in the winter, but even mine had bubbles in the summer.

So I went to hunt for answers: what’s in the bubbles?

One of the current trends is rejuvenation, life extension, staying young longer. It’s not just old people’s, but even young people’s concern.

It could be mine, but I think I am past the point… I just want to stay alive and be able to work, walk, and have fun… too much to ask? lol.

So on one site, don’t remember where, I found that hydrogen atoms are excellent antioxidants because they oxidize to water… and use up the extra hungry oxygen in the body and turn them into water.

Now, water, we learned in school, is h2o, but it’s a lie. water has several combinations of oxygen and hydrogen… So what? you ask… but don’t get impatient just yet. 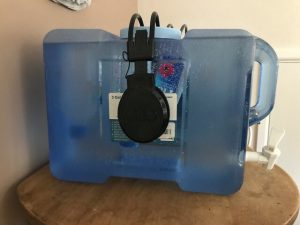 When those big water molecules are shaken into ‘shape’ by the Water Energizer audio, they all become h20, and release the extra hydrogen. that is what we see bubbling up in the containers.

So… I surmise, the coherent water is also an antioxidant, stronger then Resveratrol… which my muscle test doesn’t even consider good… let alone better than the Energized water.

So there is your answer.

You wanted to know… and I hunted down the answer for you.

Now, if you know nothing about antioxidants and what this big hullabaloo is about, it has been going on for at least twenty years, maybe more.

Researchers and charlatans alike say that the body is rusting because of free oxygen that oxidizes your insides.

I read a Swedish dude’s website who warns you against breathing… He says too much oxygen ages you. He has thousands of followers.

All these theories are confusing, and I guess that is the goal: confused people do one thing and then the opposite, and that fills the sellers pockets.

I know one thing: eating live food, meaning not canned, not processed, not from a box, whether it’s vegetables or some animal… is going to keep you healthier than all those supplements.

Grains, flours, rice… are all dead foods, by the way.

Nuts, surprisingly, are also dead… because of the process they mandatorily have to go through: they are nuked until they are dead… bummer, eh?

“All California almonds — which would be virtually all the almonds in the country — are either heat-pasteurized or treated with a fumigant. The processes, which have been required by law since 2007, are intended to prevent foodborne illness.” meaning: almonds are dead on arrival…

Anyway, if you want the benefit of antioxidant activity without the price tag, the Energized/Coherent water can give it to you on the cheap. In addition to hydrating your cells so they can function and give your body energy.

The main benefit of the Coherent Water is that the mitochondria, the little cell factories can operate well and also take out the side product: the trash.

People’s cell hydration that I measure is, at best, 10%. The cell operates optimally at 30% or higher cell hydration. So you are tired, brittle. Aching joints and muscles are all due to lack of cell hydration: muscle test says a hearty yes to that.

Doing the process is not for you is you think you are smart… without ever proving it to yourself or anybody else. Assuming. That is the worst enemy of success.

It takes me approximately five seconds to check water from a picture you send… so it is not a big inconvenience.

Want to buy it? Go here…