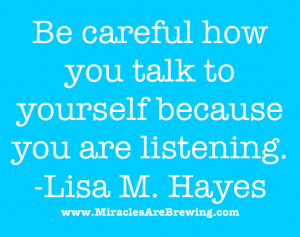 All speaking is committing. All speaking. Even if it is inside your head, and only you can hear it. Not even… especially those speakings you speak to yourself are committing.

How many of those speakings have you fulfilled upon? Next to none, I guess…

If you had a team that is committed to fulfilling every wish, ever commitment you have, they only need you to act… would that team look at you today and say that you are full of crap? Given that your word has no power? That you don’t mean half of what you say?

So, what has it cost you that you are like that?

No excuse will make it easier or lighter, or less costly. 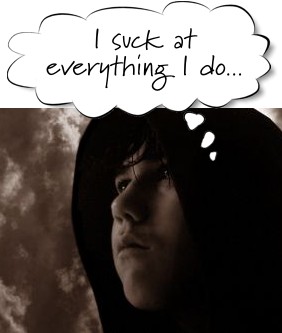 So, what do you think would restore your team’s respect for you after years of lying and such?

Don’t say getting a new team: for that you first need to die… is that what you meant? I didn’t think so.

I am sure you don’t think of it, because you have no history of doing it: but you can, I promise.

The simple and elegant move I suggest is: cancel them.

Make an ever growing list of promises, wants, wishes, yearnings, and declare them null and void.

I once had a teacher that when she tripped on stage, she said something derogatory about herself, and caught herself, and while she was straightening up, she said: “cancel that!”

Why did she do that? Because her team heard what she said, and in order to have her teach support her persona as a brilliant person who can, she needed to cancel the input, the commitment she made while she tripped on the stage.

Everything you say about yourself, about another, about a thing becomes part of your world, and unless you consciously cancel them, they allow for certain things, and disallow for others.

you can’t gossip about your loved one and then have a good nurturing relationship with them… your team won’t allow it.

you can’t tell yourself that you are slow, and then complete a task, elegantly, without rushing, without fretting: your team won’t allow it.

you can’t tell yourself that you will become a millionaire, but do nothing about it. Your team, even when you later decide that you want to do something about it, your team will stop you, make you quit, because you trained your team well.

So, you see what you need to do. Cancel everything you have said about yourself, about others, about the world. Clean the slate.

You will notice stuff along the way: it will seem that there is more light in the world. You will feel lighter on your feet. You will have some confidence well up in you, the more stuff you cancel the more confidence.

You were born confident, you’ve just overwritten it with garbage… with can’t, won’t, may not.

Clean yourself up… so you can start growing again. 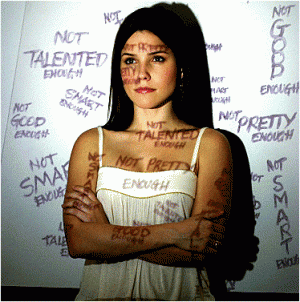 Note: we are not trying to over-write those commitment. We are simply canceling them. All attempts to overwrite have been proven ineffective. Why? Because there was no expression of ownership, because the behavior of overwriting comes from the victim’s stance, not from the responsible person’s perspective who owns and cancels what THEY DID. All the methods, self-talk, theta healing, quantum this and quantum that, hypnotic blah blah blah, mind altering audios: all ineffective, unless you first cancel what you said, and what you did. Please…

Even the Sleepy Time, the only remaining activator that uses affirmations will become a thousand times more effective: that activator was created before I knew that the method is ineffective.

Even the Avatar State Audios will work much better if you do this work… And don’t think this can be done in an afternoon: this is a never ending process, because, unwittingly you add new items to the list every waking moments, I know I do.

Set a date with yourself every week at the same time to do this work, until your experience of yourself is that you are a champion, a superman, you can do anything!

Now go and do it!

1 thought on “Want confidence, want your life to change? Here is a simple way to do it…”