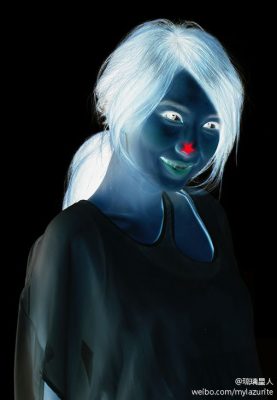 The difference between occurrence and happening

I started this article in the middle of the week, but it was half-baked… it needed to sit a few days… baking. Is it fully baked? You be the judge…

One of these are books. Another is movies, especially series, where there is enough time for character development.

I had been waiting for this series on Amazon Prime Video, Hunters. Nazi hunters that is.

One of the things I am learning is that a wound is a wound, and it may never heal, but every time I have a chance to weep about it, it cleanses.

So far, I am only half way through the first season, I have seen masterful re-enacting memories of people who were in the Holocaust, so well, that it clean opened up all the wounds and I have been crying and weeping, and sobbing for almost a whole day now. good for me. 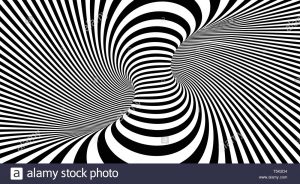 The worst thing can ever happen to a person is to have no reason to weep, to have no feelings, no compassion, no humanity.

One of the main characters in the series is an 18 year old boy who was reared by his grandmother, because his mother died giving him birth. They were poor, and then the grandmother got killed by a Nazi living under a fake name in New York.

Another main character is this rich old man, played by Al Pacino, who, as it turns out, is the boy’s natural grandfather.

And they are on the same hunters’ team.

And while the world is being taken over by the Nazis who want to establish the fourth Reich, this boy abandons the hunt, to indulge his personal slight: his grandfather didn’t take care of him and his grandmother. 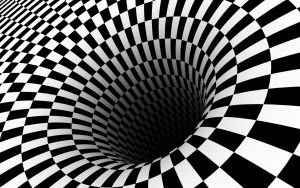 And that is you, and that is nearly every single person on this planet: your personal slight occupies your entire cone of vision, becomes the most important thing… and the world can burn, as far as you are concerned.

And it is burning. And you don’t care. Your mother, your father, your daughter, your husband, your job, your this and your that takes all your attention… you cannot tell what is important and what is puny.

Your level of astuteness is minuscule… and that is the current state of the world… and has been forever.

And your guiding principle is evil: it is desire to receive for the self alone… while you may be giving lip service to service, and making a difference, and all that happy horsesh*t, but it is all a lie, to keep up appearances.

You and your politicians are cut from the same cloth…

I want to teach people to put aside their personal grievances so they can see what is important. It is not easy, but it’s possible…

Some 30 years ago I was a magazine publisher. The advertising paid for the magazines, otherwise it was free.

The advertisers were mainly club owners… a bunch that, as it turned out, was quite predictable. They gave me promises, they gave me checks drawn on a closed account, checks that bounced.

I was irate, vengeful, angry, until one day I realized that my anger was killing me, not the people I was angry at.

This was also the time when I had the insight that any time there was a having to, a needing to, a wanting to, or a should, it always indicated that I have away my power, that I was running a racket. That I was living in unreality.

I made up a new rule: no ad is put in the paper until it cleared the bank… But before that I needed to collect the outstanding debts…

So I bought a sleeping bag, a bag of junk food and water in a go-bag, and showed up a bar owner’s office, in the evening.

I asked for the money. He said he didn’t have his checkbook with him. I said: No problem, I’ll stay, and with that I whipped out my sleeping bag. I can sleep here, stay here until you pay. To no one’s surprise, he found his checkbook and paid.

The magazine was profitable for the next ten years, until I got really sick, and had to hire a salesperson, who, of course, sold ads to club owners for a promise… and we never got paid.

But that is you: you hope, you wish, you say ‘they should’ and they need to, and all the happy horsesh*t.

You live in hope. This time it is going to be different… but it never is, is it?

Not the parents, not the government, not lawyers, not doctors… not even your husband.

No one promised to take care of you… and if they did, they lied.

Even I don’t promise you I’ll take care of you. I’ll do what i can, I do what is inside of what I think you paid for, but not more. 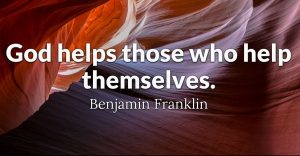 But you prefer to complain, to b.i.t.c.h., to do stupid things hoping it will turn out, or you don’t discipline your kids who will turn out just like you: weak, whiny takers. No backbone, TLB 1, not doing for themselves what they can… because they get more satisfaction from blaming you. Or life. Or the government. Or god.

Don’t do for others what they can do for themselves… let them sink if they need to sink.

There is a video where the mother dog, after all her normal size puppies finished eating, seeks out the runt, and places it on her tit. 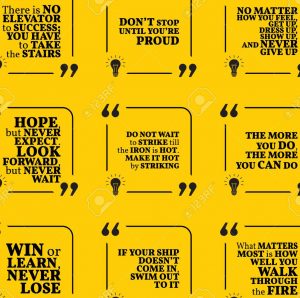 That video got more thumbs up that there are people on the planet… Of course I exaggerate, but this is how 50% of humans are alive today: they didn’t do what they needed to do to get what they needed and wanted, and someone saved their asses, and now they live like it is their due: to be saved.

And they are saved again and again… and now it is a habit.

That runt puppy, without his mother’s coddling, would have gotten to the tit… or not.

Don’t coddle your child, and don’t wait for others to coddle you. Not your clients, not your colleagues, not your spouse. Be a person who lives life on their own motive power, without using another.

When you help yourself, god may help you too… but if you are my student, I’ll help you too.

You don’t help yourself, only expect ME to solve your problems, no help from me buddy… sorry. Do the work first.

But how? And what work? you ask…

Given your upbringing, given what you never learned as a child, given that there was always someone who was ready to wipe your arse, your question makes sense.

So how can you undo the harmful upbringing?

The answer is neither simple, nor easy. 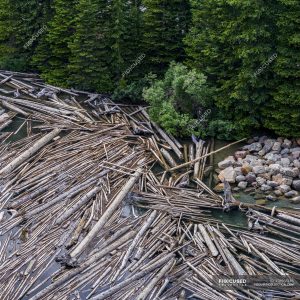 Unless you can start to view the world not from behind your own eyeballs, but from behind other people’s eyeballs, who are different from you, who demand more from their children that was demanded of you, who are more successful than you, you’ll never be able to see that you can get your answers without asking me for them.

The spiritual capacity that needs to be active in your DNA for that is called, my name, the driftwood. The driftwood is a piece of wood among other pieces of wood, that do’t allow it to see neither wide nor far.

For the driftwood to accurately assess its situation, it needs to put a pair of eyes to the side and on a slight elevation… and see if there is hope, if there is opportunity to get out of the crowd of other driftwood and get someplace more conducive for a good life.

That capacity, putting a pair of eyes to the side and on a slight elevation, or even get behind another person’s eyeballs and see how the world seems to them, is the secret move great negotiators, great businessmen, great politicians, great authors have that you lack.

So learning to use it is almost more important than what I do: activate it.

According to muscle test, 2% of the population has it. A grand total of one of my customers. But even though he has the capacity open, unless he learns to use it everywhere, he is the one-eyed king of the blind. I prefer you to have two eyes that see.

Because every mistake you make in this regard is expensive… in jumping on opportunities that are not real opportunities. Advising someone in a way that it doesn’t resonate with them. Giving someone a gift that isn’t valued by them. Trying to convince someone with reason that is not heard by them.

And seeing, last but not least, your incidents in life, only one way: where you were the victim and others were the perpetrators… and therefore repeating them ad nauseam till you die, expecting different results.

I have a 30 minute video explaining and attempting to activate the capacity from some seven years ago.

And I can activate the capacity.

If you buy it before Friday March 13, I’ll invite you to a live question and answer webinar where I’ll answer your specific questions and activate everyone on the live call again… A $100 value.