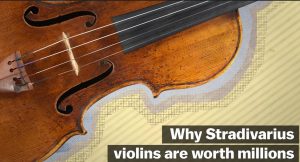 People with the same size brain are as different in what they can do, as a pop and mom store and Walmart, the company.

If we compare people with computers, which we can… we can do whatever the hell we want to do, can’t we? So when we compare these two things: a human and a computer, is the difference in what they can do in the hardware or the software?

Most people are trying to upgrade their hardware: eat right, sleep, get up early, smart drugs, blah blah blah.

When you look, the entire medical and scientific establishment also spends most of their resources on improving the hardware, making it serve longer, fix it (diseases)… and no one seems to pay any attention to what someone is going to do what that hardware.

Oh, and how will they do it, if they will do it?

Three things happened this morning that triggered this thought process. I’ll summarize in the end.

The number I measure in my Starting Point Measurements: how coachable are you? talks about this.

Most people are not coachable. They resist, they are belligerent, or they argue

How did he see that? I asked myself, and promptly started to ask Source…

Dr. Glenn Livingston sees patterns and connects dots other people would never connect. He has 30 spiritual capacities, AND his vibration is 400.

No wonder so many successful marketers can thank their business and methodology to him… He is a master of pattern finding AND interpreting… which is another aspect of connecting the dots. 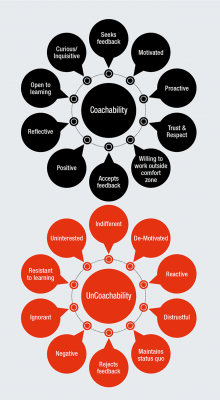 How coachable is he? It depends who coaches. He reserves his right to be ONLY coached by facts, not by people. He allows the numbers, the patterns to coach him… You can tell him you saw a pattern, and he will check it for himself before he even considers being coached by the pattern I saw.

He is resistant. His coachability number is 10%.

Today I noticed that I was seeing and acting on patterns. Patterns of movements that lead to a successful play. If you asked me to explain what I saw, I wouldn’t have an answer for you… other than a vague notion: 52 cards can only make so many patterns. Huh? I agree. I don’t know what I see. It is unconscious competence… totally unconscious.

And while I was winning game after game, my mouth was ‘mouthing’: pedestrian

I also have 30 spiritual capacities working for me. The average on the planet is less than 1.

OK, so what do these three incidents tell me?

You can have the best brain, if your intentions and your view are both pedestrian, your results will be pedestrian.

What are pedestrian intentions?

Having to, needing to, wanting to and should

They are like software glitches in our computer analogy.

Computers are compared by the speed of their processor, counted in MHz, in the amount of memory they have, counted in Gb, and that is that.

The problem is the operator… not the machine.

Or I could, maybe, even compare people with violins… a Stradivarius in my hand would be pedestrian at best. In the hand of a good violinist, a great violinist… that same violin would sound totally different.

As long as your attention is on your ‘hardware’ and not on your ability to get the most out of it, drive it like a race driver, or play it like an artist… nothing much is going to change for you.

You’ll remain a pedestrian… and your ‘computer’ will be under-utilized.

I have a confession to make: in all the IQ type tests and exercises, my weakest was always seeing a pattern. I didn’t have that capacity active in my DNA.

I made the same mistakes in my life, over and over, as a result.

I used playing Freecell as a tool to open the capacity for myself. I could have done it energetically since I discovered, a few years ago, that I can do that, but I didn’t. I wanted to see that in fact a person can open up a capacity with constant badgering their brain… and I did.

Simply playing Freecell for fun doesn’t do it.

Only systematic and purposeful practice opens up capacities. Grit anyone? lol

Do I have fun when I play Freecell? Does it activate the dopamine receptors?

After watching that dopamine diet video the other day, I asked myself the question. The answer was ‘no’.

Doing, playing anything for dopamine rush does exactly the opposite: it shuts down capacities that were otherwise open.

If you have an ambition bigger than what you are capable of accomplishing now, you may want to look at your dopamine inducing activities and start eliminating them one after the other.

And to answer your question: I am not trying to take the joy out of your life…

Joy is not possible as long as dopamine is the organism’s goal.

All pleasure is like a two sided coin: comes with the downside… Joy is not like that. It doesn’t have a downside.

With that said: what should be YOUR first capacity to activate?

In case your ambition is bigger than what you can do now… of course. Don’t activate capacities for vanity… it won’t work!

That is quite individual… and most readily visible in your Bach Profile.

But what if you are one of my students with the “No matter what I do” Bach profile? 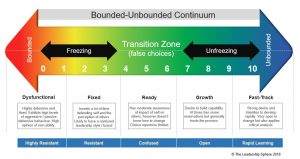 Coachability is a willingness to not be stuck at wherever you are stuck.

Stuck in impatience, stuck in being a victim, stuck in arguing, stuck in feeling slighted… whatever is there.

How would you go about it?

The Playground with its weekly partner call and feedback structure is excellent for that… but is slow. I am seeing results… but often the results are conditional.

One of my students got herself finally unstuck when she heard me say: If you care about someone, shame them. It is a technique that unless someone gets the context… ‘you care about them‘ feels like an attack on their person. 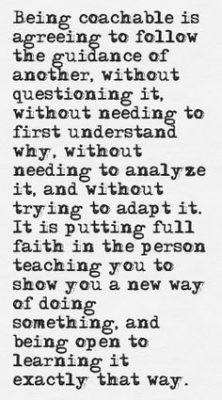 Once she got that, she became free and is now onto a different capacity to activate… she became coachable… at least by me.

Another place you see your attitude with regards to feedback is in your Starting Point Measurements, when I measure what is your relationship with feedback… Very telling.

I have been promising to do a “Drive your own life” webinar, and I haven’t…

Now I am ready. But people have changed…

I would recommend that you get your Bach Profile re-measured. Lots of things happened since December, and you have changed.

And then attend the Start Driving Your Own Life webinar… When? How about April 18, Saturday at 4 pm?