Why is your ITCH ultimately evil?

Evil, inside the reality based work we do here, is defined as ‘desire to receive for the self alone’.

Your ITCH is putting the onus, the responsibility, the demand, and the duty on another to make you whole and complete.

In that process everything they actually do is judged as ‘wrong’. You give them no equal rights to have their opinion, their style, their preference, their likes and dislikes, you want them to adopt your preferences, so you are dominating.

People can’t be free to be themselves around you, because you consider everything they do, say, express as wrong, because it is not what you wanted. Not what you demand, whether you say so or not.

In your ITCH the only person to win is you, and that is what’s evil about it.

Last night, as it is quite usual for me, I could not sleep. I was trying to ‘lead’ this new course in my head… and in the end I got up and came to the computer… because anything and everything I solve in my head in bed disappears by the morning.

One of the things I saw that totally surprised me is that empaths don’t have an ITCH.

Itch is something you say that was missing, that wasn’t given to you and it should have been, when you were a child.

Attention, love, respect, putting you on a pedestal, praise… any sort of thing.

Empaths don’t, didn’t experience this, because empaths can feel what the other person feels, actually stronger than their own feelings… of course that depends a lot on the strength of the empathy and whether they think those feelings are theirs or not.

“Normal”, meaning non-empath children are like little emperors, feel only what they feel, demand, it is all about them and what they want. 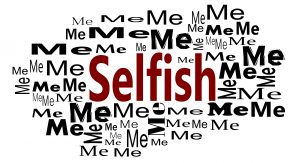 And when they don’t get it, they respond in predictable ways, and they hold on that demand and extort what they want, one way or another, in different ways.

Children who wanted to be treated as superior, will have a certain tone of voice… that tells everyone around them: I am above you. I have students like that. some have it all the time, some have it only when they extort.

The voice is just one way to extort, but it works… there are other moves too.

Doing too much for others to extort amazed oohs and aahs… Giving gifts… being subservient… being pompous… using 5-dollar words… raising your hand all the time… emailing me, commenting… extortion. 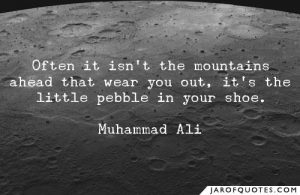 Muhammad Ali said, “Often it isn’t the mountains ahead to climb that wear you out, it’s the pebble in your shoe.”

You can’t just do something… you have to do it in order to get your ITCH scratched… and then, of course, whatever you do doesn’t scratch it: It is an unscratchable itch.

You can’t just enjoy life, read a book, learn something… no, it HAS TO BE bombastic, the boss has to acknowledge you, you have to be the hero, ugh.

You can’t just have a conversation where the other person flies off the handle… no Siree… she has to come and humble herself begging for your forgiveness.

And, of course, you don’t do your job right. You don’t communicate. You refuse to see things from the other person’s vantage point.

The ITCH renders you a veritable monster.

In today’s Start Driving your Own Life we’ll attempt to pull the sting out of the ITCH, so it stops using your life for its own purposes.

This is a one time event. You can buy the recordings, but I won’t do this course again, unless, of course, unless people cannot take direction, or they refuse to take direction.

According to muscle testing 80% of humanity would not be WILLING to do what I suggest the solution is… even though continuing doing what they are doing keeps them miserable, and a puppet on a string to the ITCH.

The course is the result of me listening to hundreds of Partner Calls in my Playground, and finally see why all that work could not produce the happy childhood I was aiming for.

For some things, being an empath gives me an edge. For this… it turned out to be a hindrance of sort.

The Playground, it is never too late to have a happy childhood, needed this piece of the puzzle to fulfill on its promise. I decided that this is too important to keep it to just the handful of Playground participants, so it is open to people who are not in the Playground. In fact there are some such people in it already, so I will have to teach first the ITCH, and some other invisible distinctions for the course to be valuable for everyone.

Source says that this is last piece of the puzzle…

…once it’s delivered, and proven with at least some participants to do the ‘job’, I am free from my commitment to Source, because the art of becoming a Human Being will be completely mapped out.

A human being can live a life he loves and he can live it powerfully.

It’s impossible to be powerful with a strong and demanding ‘machine’ that wants you to feed it, not yourself.

You have the option to buy into the live course, or to buy the recordings.

I’ll remove the live option to buy at 3 pm today. If I don’t already know you, I won’t accept you.

Check out the Start Driving Your Own Life course