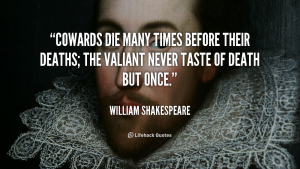 ‘Even cowards can endure hardship; only the brave can endure suspense.’ (Mignon McLaughlin)

99% of what is (reality) is invisible for the uninitiated. Unrecognizable. Puzzling. Mystical, Miraculous. Unexplained.

My programs, in part, are initiating programs: initiating you into these invisible yet very real mysteries. For example the 53 invisibles

Enabling you to see and recognize the dynamics below the visible layer of people, behaviors, societies.

People are really mysteries for themselves… and even after initiation, they want to keep those inner dynamics a mystery, because, between you and me, those invisibles are not pretty. And they run counter to people’s precious ‘I’, the way they fancy themselves to be.

The bigger the gap between your real I and your precious I, the more you want to hide it.

It is the getting through the eye of the needle phase. Some will, most won’t.

How is it in the New Testament? I am quoting a translation: Again I tell you, it is easier for a camel to go through the eye of a needle than for a rich man to enter the kingdom of God.

In the Old Testament there are also references to the eye of the needle, one very similar to the ‘mustard seed’ aphorism of ‘Jesus’

The Holy One said, open for me a door as big as a needle’s eye and I will open for you a door through which may enter tents and [camels?].

So at this special ‘last step to enlightenment’ or ‘ascension’, I had to let four people go, and I let them also go from the Playground. Surprisingly these are the same people who are resistant to transform their childhood into a happy one… (Playground: it is never too late to have a happy childhood)

So I had to ponder about it a little bit…

When you let go of something comfortable but not really good, you make room for the better.

I have been reading this principle for decades, but this was the first time I actually saw what that may mean to me.

I never said that I am smart… It takes me decades to get things that are obvious for many others… 🙁 lol.

When I ask my students why they are not willing to let go of stuff, ideas, behaviors, blame, desire to receive for the self alone, they ultimately say; the devil you know is better than the devil you don’t… or something inane like that.

The saying is: one bird in the hand is better than two birds in the bush… and encourages you to hold onto what you have… but that renders you the proverbial ‘rich man’ who cannot get into the Promised Land, or Kingdom of God, or Heaven, or whatever the hell ‘Jesus’ was promising his disciples.

In essence he talks, or should be talking about the state of heaven, without anything else changing. Heaven within you… Peace of mind, joy, self-love… and living a life you love and live it powerfully.

Kabbalah, if I am not mistaken, talks about the thousand years of peace… that is obviously only a possibility.

Given the invisible and forcefully hidden ‘evil’, desire to receive for the self alone, never regretted, never felt remorse over, instead maybe even glee, is what keeps humanity, you, in the world of no heaven… hell within.

I have people writing to me, asking for their vibration and paying me to measure their starting point measurements.

The bigger the gap between their real self and their ‘precious I’ self, the more likely they will spew hatred, contempt, anger at me: how dare I tell them what I told them?! 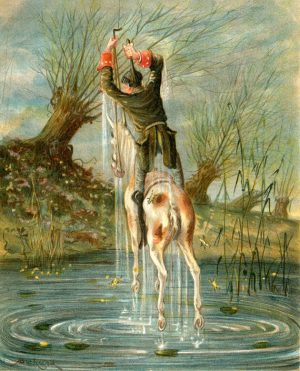 One of the secrets, maybe the only secret I that allowed me to raise my vibration and inner peace as high as I have is how I have and still receive feedback, criticism, bad news.

I look. I consider it. I don’t have to like it. I just have to look until I see what there is to see.

If you consider my past, my upbringing, and the vibration at which I started my climb (35), I have had a lot more stuff to confront, correct, eliminate than most any of you, if not all of you.

And what I have done is I did what I needed to do to eliminate all the ‘bad’ stuff I could see, all the bad stuff other people brought to my attention. All the desire to receive for the self alone…

It was painful, I have to admit. And it was slow. You need to raise your TLB to be able to do it. The higher your TLB the more unpleasant stuff you can stare down, and correct.

I am still working on it. I don’t think it ever ends.

The fiction books I read are of great help.

Yesterday I read about a boy who had hysterical paralysis… It made me remember my own hysterical period… hysterical blindness, hysterical this and hysterical that. I cringe. But I did that. I am not proud of any of that. I must have been really difficult to handle as a child. 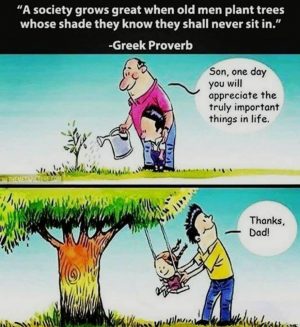 And I have never acknowledged that my parents dealt with it… and I am thankful for it. They could have just killed me… No one would have blamed them… lol… weeping now.

In the end I turned out, but I never managed to make my parents glad that they had me. And now it’s a little late. They are both dead. Instead I wanted them to be proud of me… Precious ‘I’ in action, desire to receive for the self alone. A simple ‘thank you for putting up with me’ would have brought tears into their eyes… but no, that is not what I wanted. I wanted what I wanted, for me only. Them… I was, then, f… them if they can’t take a joke.

And this is the biggest change. Today I use that same expression as a fun sentence, but I never mean to take away another person’s due for happiness, to be thanked, to be appreciated.

To start your own ascension, get your Starting Point Measurements…

For a limited time you can add the 53 invisibles at a discount.

2 thoughts on “Even cowards can endure hardship; only the brave can endure suspense… yet another principle”