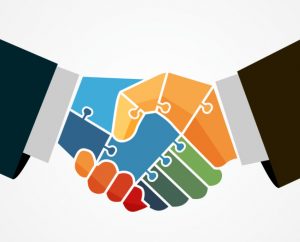 Some truths pop out when you least expect them.

None of my students know how to negotiate. My students are a microcosm… A mirror of the whole damn world.

You demand, and sulk when you don’t get what you demand.

You expect, and you sulk, or yell, or attack when you don’t get what you expected.

Even the idea, the concept of negotiating is missing.

I have been no exception… Only lately have I started to consider that if I negotiate then the chances of getting what I want increase by billion-fold.

It started with my landlord.

My landlord reminds me of my mother: he is a screamer… So I was afraid of him. My behavior was the belligerent, resistant child’s who was beaten one too many times.

I live on the upper apartment of a two-family house. It used to be nice. But by the time I moved in, 16 years ago, it hadn’t been painted in decades, and the floor wasn’t refinished for exactly the same length of time. The roof leaked when it rained, and the stove was on its last leg. Then its burners died, one after the other, until there was one functioning burner.

I bought a standalone burner… I was not going to ask him to get a new stove… For years.

Then one day I was coaching someone and got how puny I was, and how unbecoming to a coach to be a chicken. 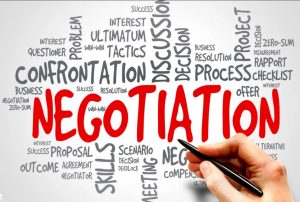 I phoned my landlord, and he got me a chipped but working stove. Then my refrigerator broke… I phoned him… And got a new refrigerator.

I was learning. Slowly.

Then I had my predatory genes adjusted, and the world of negotiation opened up for me.

I can now ask for what I want, and eventually, through twists and turns, I can get it.

In the Playground, my flagship program, the work of returning you to your power happens in ‘partner calls’.

The partner calls are two participants telling two stories from their lives, one recent and one old. They take them through steps, one of these steps is finding a communication that had they said that, the story would have lost its charge… Upset, anger, frustration, hate, devastation, resentment.

Thus far no one has managed to say anything that would have quite done that.

My own ‘foray’ into communication happened in 1985. I was 38 years old, and utterly miserable. My Bach profile would have been ‘willow’, at the time, victim.

In willow, you don’t know what you want, so you can’t ask for it.

One of the goals of negotiation is to find out what the heck you want. Until then whatever you are given won’t be good enough.

But more often than not, what you find you wanted is so ridiculous, that you stop being a victim… And move to another Bach profile…

My one sentence that expressed what I wanted, what I was a victim of, was this: ‘You never married me!’

Said to my father.

Most of my students, like you, want to be treated like a king or princess. Be catered to, taken care of, excused from any and all work you don’t want to do, blah blah blah.

Really? Anyone who wants that, really, would not have enrolled in my programs! So you, just like me, want something that would not make you happy… But you haven’t let go.

I’ll say again: the first goal of negotiation is to get clear on what you want to negotiate.

Until then you are this little obnoxious child crying for the bottle, even though you are not hungry.

Ultimately you and every single human on the planet want to live a life where you are tried, where some effort is included, where you produce something, where not everything is given to you… That life, you say you want, is boring, and is a prison. Relegating you to be an object. An object of admiration, of decorative value, of no real value.

And interestingly that is the state of the current humanity: no sense of self…

When I ask you, you are completely and painfully aware of your no-self, the ugly one, the lying one, the conniving one, the lazy one, the two-faced one… And you have no sense of your real self, the self you have successfully avoided because you don’t want to have to apply yourself in life.

Until you can give up wanting to be given respect, love, attention, importance, relevance, whatnot, you can’t go for it, you can’t negotiate it.

You are not allowed to earn it… Because the whole b.s. construct, wanting what you haven’t earn, can’t earn, don’t want to earn. Your world view doesn’t allow to earn it, because… because your whole world is vested in getting what is owed to you.

Once you let go of your unreasonable wants, wanting to be given, instead of taking on life as an adventure where you are in charge, once you are there you will stop eating food that kills you, stop killing yourself, fast and slow.

It is really easy to see the phases through which you ‘evolve’ from a child to an adult through your Bach Profile.

The path you’ll take will not be predictable, but once you let go of the ‘original’ complaint, the ITCH, your Bach profile starts to change.

Half of my Playground students are still stuck.

The other half has started to move…

The Bach Profile is a snapshot of what is your dominant state in life. It is based on Edward Bach’s Bach Flower remedies, 38 emotional dispositions, and 4 more added in the past years by me,

39 Yew: desire to receive for the self alone
40 Peacock: soul pain
41 Liana: expecting/dreading something painful. The most frequent fear you experience
42 No matter what I do: lying to get away with not doing, not giving, with stinginess. A big middle finger to the world. I won’t give you wood, even if you give me heat. haha.

The most telling that you are stuck is #42 where you pretend that you’ll negotiate, that you’ll do what you need to do to get what you want, health, wealth, love, and happiness, but in fact you don’t… You prefer to not get it, because what would you do if you lost all your reasons to not be who you fancy yourself to be?!

It does take courage to leave the safety of a pretense.

Upon examining my students, I found that some of them have moved to a new state that isn’t part of the current Bach energies system… they are unwilling to make the leap.

Making the leap is like jumping off the diving board: for a while you are between heaven and earth… nowhere. You are comfortable where you are, although not happy. You could be comfortable in the water… but in between? Hell, it is like YOU disappear. 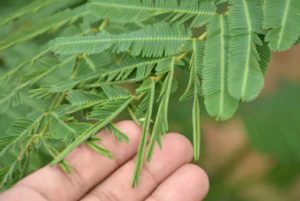 I picked a plant to represent that state of unwillingness… It is called Touch-me-not.

I first encountered it in Israel in a nursery in Jericho. I even bought a pot with the plant… twice. Both times the plant died.

It’s OK if you leave it alone. But if you touch its leaves, its nervous system shuts down… I guess it is not a perfect model for the unwillingness to take a risk most people who don’t thrive have… But the fear and the reaction is.

What kills the plant is not the touch, it is the fear.

You may fancy yourself there… but unless you have removed the state, ‘demanding to be treated like a god or a king’ successfully, you are still not there. Getting to #43 is an advancement.

Want to find out where you are at? Your Bach Profile?