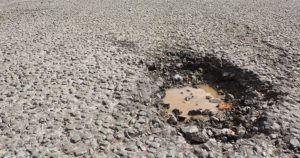 Astuteness is being able to identify what’s in front of you, what’s happening, what might be the issue, the problem, and match solutions with problems successfully.

It seems that one of elements, or sub-capacities of astuteness is missing for nearly every person… and this capacity is easier to turn on by asking a simple question… while the whole sink and caboodle of astuteness comes to bear only AFTER you go through the first fundamental step.

This step is being able to separate, to tell apart what is relevant and what isn’t.

When you have a capacity open, you suspect that everyone has it open and functional, and fall flat on your face when it turns out that people don’t have it, can’t see it, and it isn’t missing for them that it’s missing for them.

This is what happened with this capacity.

For months I was dumbfounded by my students telling stories with completely irrelevant details that prevented them from seeing clearly what it is that they did, thought, said that made them miserable.

When I first did the Forum, today it’s called the Landmark Forum, back in 1987, the koan of the course was: for you everything is the same as everything else, except that not always.

That koan tells the participants to pay attention and be able to tell things similar things apart.

Of course Cinderella had the birds… but you don’t. You actually need to tell the difference between a seed (relevant) and a not seed (not relevant).

Yesterday in the Talk to me webinar I didn’t do question and answer, as I usually do, I actually did a workshop… tasking the participants with finding their strengths, and finding what skills, talents, inclinations they got from their families, from the early years.

What was totally shocking to me is that only one out of approximately 50 ‘guesses’ was testing yes… Oh, yes, I was muscle testing every answer.

It reminds me of my now dead cat, who, occasionally looked at me, stared at me, and could not make out my facial expression, or what I was trying to say. Staring, puzzled, and then walked away in ‘disgust’…

That cat at least knew that she didn’t know.

You, on the other hand, make up sh*t… sh*t that is not true.

What else can’t you see?

But, as always, a capacity only stays on if you poke the box, if you trigger it into being needed.

A question plus earnest looking keeps this capacity on, as long as you ask the question and look earnestly.

If and when you go back to complacency, laziness, la-di-da, it will turn off… I have explained before that the body doesn’t want to keep an unused capacity open, it is expensive for the body…

Where do you need this capacity?

Health: when you have symptoms, aches, pains, nausea, weight gain, bloatedness, dizziness, diarrhea, etc. you can start paring down what is relevant and what isn’t, instead of mindlessly reacting to everything, and causing more trouble than you had already.

My secret weapon in being able to get so much done, more than most people, is this capacity. It allows me to say no to marginally effective methods. It allows me to cut out not relevant, not productive, not important steps from my work and from my life… and focus my energy on what matters, what produces results, whether the result I want is happiness, well-being, joy, love, or money.

I have recently been on a webinar with two dudes, business partners for a venture I am participating in.

One has the capacity open, and is a one man band, making seven figures a year without ever breaking a sweat, ever missing sleep, ever missing his morning walk.

The other doesn’t have the capacity open. He has many employees in many countries. He is running around like a chicken without a head. He talks really fast. He loses sleep, spends an awful lot of time explaining, fixing, etc.

Which one do you want to be?

I definitely don’t want to have my life to be about running around like a chicken without a head… do you?

The webinar recording is posted in the subscribers’ area…

If you think you have what it takes to look several times to see what is relevant and what isn’t (you may be delusional!) then ask me to turn on this capacity for you.