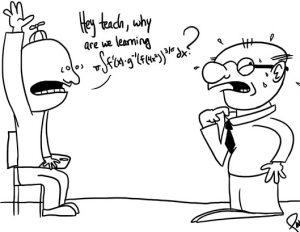 Hey teacher, why are you teaching about relevance?

One of the areas where being able to tell the difference between relevant and irrelevant things, between measuring your time and measuring your results, is work.

Whether you work for a job, or work for a future, i.e study for and build a future, a project, lack of being able to tell the difference between urgent, have to do, need to do, want to do tasks, between relevant, important, and not… between procrastinating and not having enough data, not knowing what to do and how to do it… will make you a working bee with no results or someone who produces results within the framework of a day, a week, a month, a year.

Most people don’t have this capacity open, and therefore most people’s life looks like a mess… and they produce no results in their lives.

In fact, most people are underachievers. 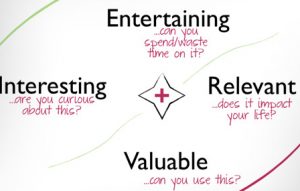 An underachiever produces results below their capabilities. Almost always because of the lack of this capacity: being able to tell the relevant from the irrelevant.

The interesting thing is: people who don’t have this capacity open share another deadly behavior: they don’t ask questions: what is relevant here… what is the most important thing… what may be missing before I can start this task? What interruptions should I expect so I can plan myself around them?

No. They don’t even look. Looking is a way of asking to see. And the biggest difference between people who look and people who don’t is the quality of their lives.

Now, observing some people who have recently (since yesterday) had their capacity opened for them, there is another thing I didn’t expect: their attitude towards what they see.

You see, when you suddenly see how ineffective, how self-destructive you’ve been, how everything that is wrong in your life is your fault, you have a choice: curse, carry on, be angry. That is one choice. The other is to say: whoa, let’s get this bull by the horn.

If you choose cursing, it shows to me that you think that is relevant. That that behavior is going to make it all better. 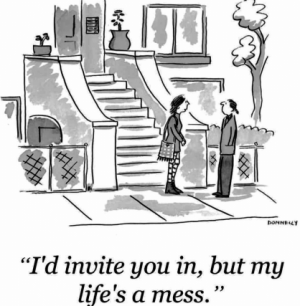 Which means: you have a spanking new capacity that you don’t know how to drive.

The question: is this relevant? what is relevant? needs to be applied, used, asked about EVERY SINGLE THING. including to how to react to the bad news.

This reminds me of Pam Ragland’s course I took back in 2007. She said: I have changed the engine of your car to a Ferrari. What she didn’t say: but haven’t change your chassis, the base frame of your existence.

Unless you change the chassis as well, your car/you will not be able to hold the road, produce speeds, etc. like a Ferrari. It will still behave like that Toyota, or Ford, or whatever vehicle you are most like.

If we look at your vibration as the model of you as if you were a car, most of you are old cars with unadjusted wheels, consume too much gas, and your steering is faulty. You puff puff on the road of life… and you are in an urgent need of a complete overhaul.

I had a conversation on the same call yesterday with a woman who carries in her a lot of anger and self-righteous anger against whoever, whatever, social justice and crap like that.

While she is ineffective in her life.

She wrote to me this morning:

I am e-mailing you to say that after our call yesterday I wondered for some time whether you had broken me and broke down for a full cry as my husband held me and tried to comfort me, I told him I felt like a pile of shit. And as I kept releasing anger and slowly coming into self acceptance I slowly started having (what I think are) profound epiphanies but even if that is not true what I know to be true is that I feel light, a lot lighter than I have felt in a long time. I can still not mentally process the words you used to describe me because I try o soooo much to be good. But you know that already. My head is still spinning and a little angry but my heart says thank you. 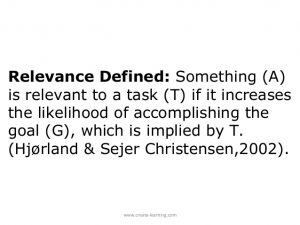 Many people fancy themselves high vibration, spiritual, high minded, but they aren’t… They painted their jalopy a fiery red… that’s what they did. Or if you are like that: that is what you did. Painted yourself high vibration without becoming one.

Even more fancy themselves above others, better, smarter, deserving more, without any foundation for that in reality.

If they had this capacity: telling relevant from irrelevant, they would be able to see that what they honor, their feelings about themselves and about others, have nothing to do with how it is, how reality is, their comparison. And in spite of their tendency to think themselves special, higher, more deserving, they would be able to see that producing results is what makes one better, not what they feel.

As a spiritual guide attempting to guide you to the next level of humanity, it pains me that because you cannot see where you really are stops you from even aspiring to go where you ought to go: higher.

And here is another mighty expensive mistake that you, if you are ambitious, make, because of the lack of ability to tell what is relevant and what isn’t.

You fancy yourself and a vision in which you are this giant of a dude, who created something phenomenal… like the second coming of Bill Gates, or the second coming of Steve Jobs. You are fantastic, successful, and celebrated. Finally you are somebody. You can see it, you can taste it.

So you feel you have enough of a vision to go for it, and you do. There is no ‘vision’ for stages between where you are, a nobody, and that somebody. No stages, no milestones, nothing.

So you invest all you got, time, money, and come up short of that fancy vision you had. And you don’t like it. You consider it a failure. And you abandon it.

Someone with the capacity would see that the results are what they are: not bad. Great first milestone. Now you can build on it… But you won’t, because you cannot tell failure of a project from your own failure. 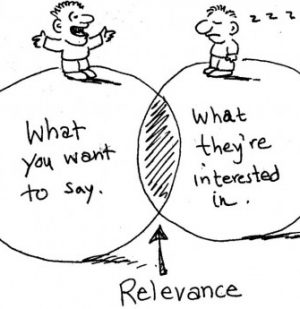 It can be also seen in learning a profession or a skill. If you can only see the endpoint, you will always be discouraged, instead of seeing that whatever you actually accomplished is useful, minimum acceptable stage… or something like that.

When I learned copywriting and selling online, I first learned to make a page with a headline, a picture of the product and four bullet-points, pithy sentences that told what was good about what I was selling… oh, and let’s not forget about the buy button.

I sold hundreds of one of my products with a page like that. No fancy sales letter, not any, really.

Eventually I added to it… but honestly, that half-page little sales piece sold better than the full page letter.

Often people buy because of one sentence that resonated with them… If you product is good, and you believe in it, one sentence is all you need to sell it. 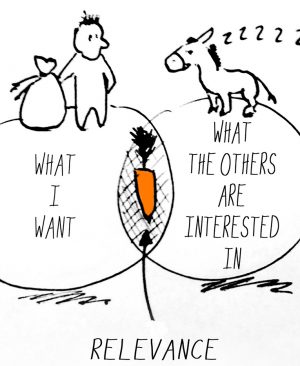 OK, too much talk…

For a day or two I turn on the capacity for people who were not on the webinar on Wednesday… or for them if they forgot to ask: what is relevant? Is this relevant since Wednesday.

It seems that I am making back-flips to attempt to make my haughty, better than those ordinary people to come down to earth and smell the coffee…

This is especially needed by those kind, which is, alas, most people.

Go to step 2
PS: Should I create an Avatar State activator with this exact ‘theme’? Comment below if you think that would be useful.

2 thoughts on “What’s relevant, what is irrelevant? Can you tell?”