Hurry is a reliable sign of the Fixed Mindset. Fixed mindset and growth mindset describe the underlying beliefs, the invisible part of the iceberg of your beliefs that crash the Titanic! you have about learning, effort, and intelligence. When you believe they can get smarter, you may understand that effort makes you stronger. 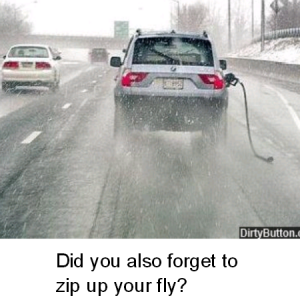 When you don’t hurry, time doesn’t hurry either. When you are prepared you can afford to not hurry

An article I wrote about IQ and your inability to see higher than 1 degree above your level, and about 5 degrees below your level fell on dead silence. Hm, interesting. It seems to have violated something unsaid, and got caught in the filter the mind mounts to stop disturbing news to enter your consciousness.

I shared this with the woman who drives me to do my errands on every Tuesday, and watched her emotions (remember, I am a True Empath!)… the emotions were “holding your breath, playing possum: I am not even here… Nobody home, I didn’t hear you…”

I pondered it until I saw it: we don’t like our bubble burst. We want our self-image to stay the way it is, so all of life can stay the same.

This, in spite of all the wants to be more, live more, do more, have more. In spite of the desire to raise your vibration. Why? Because it’s scary. It is scary to hear that our worst fears are true. Or maybe even worse than we feared them to be.

Before that conversation I had never measured MY IQ. I didn’t want to know it… for the same reason: maybe I am as stupid as I am afraid I am… ugh. But because of how the conversation went, I could not avoid it. I had to show the whole picture of the inability to see beyond the narrow cone of vision, and that included exposing myself.

I had a pleasant surprise, my worst fears can be put to rest. 140 is not stupid. (I often wonder how someone with 140 IQ do stupid things like I often do… but that is neither here or there… By the way, being willing to be stupid is a high spiritual, high vibration state. It is an excellent starting point for a growth mindset.)

Now, let me look at something that you didn’t expect, didn’t know, and it will be a surprise to you:

Because I didn’t know I was smart, because I thought that I was a little feeble minded, I have replaced smarts with preparation. With work. With diligence. And with patience.

Most people I know are in the habit of winging it. Winging it means that you don’t know what’s coming, you are not prepared, you didn’t do the work, and you rely on your superior intelligence to cut the muster 1 , to solve the issues, to win the games of life for you, to succeed.

People, the wingers as we’ll call them, are always in a hurry, always behind, always making mistakes, wrong turns, a lot of waste, a lot of driving, a lot of time spent on stuff.

Given that I was certain that my abilities were not up to par, I’ve substituted for the lower brain power by preparing, creating systems, analyzing, and finding the fastest and least wasteful ways of doing things.

I am always on time or early. I almost never forget or lose anything. I wear the right clothes, I know what I want to buy, I know where the things I buy are in the store, I have a list, I have a list of what I can eat… I know how much money I have on my card… I am prepared.

Way before I leave home, I look at the map and study it, no matter where I need to be. I spent a lot of my time studying the maps of all the areas I have ever lived, especially the three most difficult cities I lived in, Budapest, Jerusalem, and Syracuse, NY. I have found the shortcuts, the way to go when there is a traffic jam, where the signs can’t be trusted, etc. I take into consideration that I am dyslexic: I can’t tell my right from left, north from south… so preparation is the key to not getting lost.

I don’t do things mindlessly: I pay attention about 90% of the time. All time-wasters come from the 10% when I am not awake, when I am not present. Also all the complaints about me being too blunt…

For me, it was a matter of survival to perform on the level of a superior intelligence despite my lack of it. I was born into a family of geniuses, and I wasn’t going to be less.

My little brother is the exact opposite of me. He doesn’t know he is not as intelligent as the rest, so he doesn’t invest into preparation, or study. He treats me as his inferior: his IQ is 100.

Now, if you could substitute smarts with preparation and work, and as a result you would never had to hurry, you would have time for everything you want to do, never miss a deadline, never have to apologize, and you would know that you can do it, would you want to know where you are standing in matters of intelligence, and capacity? 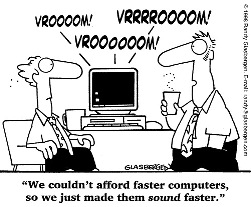 If we spoke computers we would say that IQ speaks for processor speed and RAM. Slower computers can do everything (almost everything) a faster computer can, but you 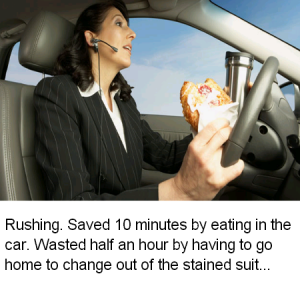 PPPS: Because I didn’t think I was smart, I substituted speed with preparation, effectiveness and efficiency wherever I could. Where it wasn’t enough, I invested tenacity and persistence: after all, just like water, you can eat your way through steel… with some tenacity and patience.

PPPPS: Here is a recording of a webinar for you where I taught how to re-invent yourself as a winner. the link to the webinar recording
.
.

3 thoughts on “When you don’t hurry, time doesn’t hurry either”