The quote “The test of a first-rate intelligence is the ability to hold two opposing ideas in mind at the same time and still retain the ability to function.” points to a very important capacity: the capacity of TLB.

TLB is your twitchy little bastard score. Twitchy shows to what degree you are able (and willing) to bring your beingness, your actions, your reactions under your own control. Whether you’ll flinch, twitch, argue, attack, defend yourself, justify, explain, talk talk talk… or not.

It is, ultimately a function of intelligence. How?

Your reaction is literally the result of you not being able to hold two opposing ideas.

Ultimately it’s a maturing process… but growing in years doesn’t necessarily mean you have grown in wisdom.

How many percentage of humans are stuck on this level?

By the way: You can be stuck in one area and not in another… even those stuck people form a bell curve.

Some are completely stuck and can’t see anything malleable at all, and others are almost able to see that it is something AND another thing… 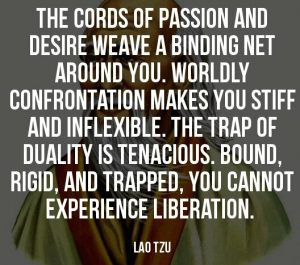 This is why I say: your TLB is almost a perfect indicator to show where you are stuck and to what degree.

How does that look?

You want to look at the truths you hold dear and near to your heart. Truths you made up as a kid. Not being able to see beyond your nose…

In the kind of work I do, where I want to take people from no success (their definition, not mind!) to success, they have never been able to see or accept that it takes work, to learn anything, to achieve anything.

And that it is painful. 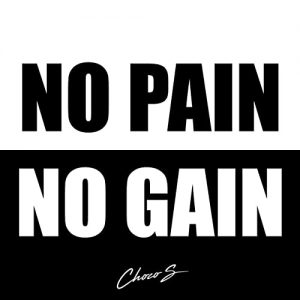 The adage, no pain, no gain is actually true.

I have been sedentary most of my adult life. It gotten even worse when stopped to have to walk to places, carry things, lift things… because I hired people to do it for me.

I stopped physical effort, and it’s been downhill from there.

My mother, 27 years my senior, was in better shape than me, when she visited in 1992. She was exactly as old as I am now. 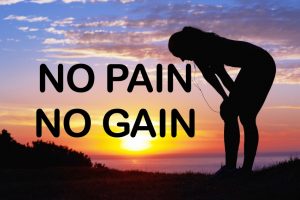 She used to comb my hair… wiry Jewish hair, and force it into braided pigtails… It hurt. And that is when she said: no pain no gain.

I hated her for doing that, and I hated that sentence. But I had to find out that in fact it is true.

Everything that came easy to me turned out to either not being enough or not being of value. In the REAL world.

So slowly but surely I became self-managing in doing out pain for myself… for what gain I wanted. 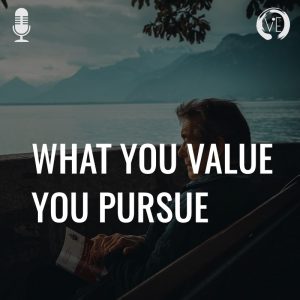 The problem is: how much do you want what you want?

Most people, it seems, don’t want what they want enough to endure pain for it. They say, I only guess: unless it is free, it’s not worth it.

If and when I look what stands in the way of my students entering the ‘Promised Land’, it always comes to this: they don’t do what it takes, because it is not worth it.

What is worth it and what isn’t, of course, is and individual decision.

Owning that it is not worth to you… for whatever reason, is and uncomfortable fact to admit to… and also, it is one of those things: it is worth and it isn’t worth it… opposing thoughts held at the same time. The measure of intelligence. 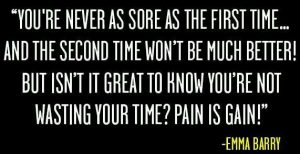 But if you are not willing to own that what is running you and your life, including your mouth, is that it’s not worth it, that you should be able to get it without pain because it seems Joe Shmo didn’t work for his… you won’t be able to hear that you are acting like a TLB 1, and jump the gun.

What you are not getting that you can manage what you say… and get through any amount of pain, if you just get that you have two opposing energies… that have a mutually exclusive outcome.

I learned this in the book ‘Corporate Tides’ by Robert Fritz. Ever since I read that book, I have been doing the ‘dance’… two-three steps forward… and either plateau, consolidate, or slide back a little bit… but not worry about it.

Nothing worth accomplishing is accomplished fast. A fence that goes up fast comes down fast… say the Amish, and if you look, you can see countless examples for that, whether it’s building, or decision, or social moves, or dealing with an epidemic like we do now.

Another reason you don’t embark on the journey, if you don’t, is that you are not willing to do something that doesn’t have a visible end date. 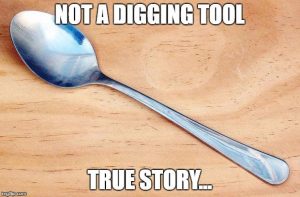 I tested this theory of mine with a friend who was a non-reader. I asked if he were willing to empty a bathtub full of water if all he had were a teaspoon. He didn’t even hesitate: he said ‘no way’.

Then I added: and what if I told you that it would only take you six months, would you do it? he thought, and said: yes.

For me six months is forever, but for him it was an end date… so he started to read, one page at a time… It didn’t take quite six months, and he became an avid reader, proving my point.

We are no longer friends, so I don’t know if he kept it up, or even if he is alive.

So what’s the point, Sophie?

The point is actually several:

Strengthen your reason to put up with pain and effort… or you’ll never get anywhere.

PS: if you are a chatterbox… or a busybody,

…consider that you uses these to avoid growing, you use these ti justify why you can’t or won’t become all you can become.

Work and all that chattering are incompatible. 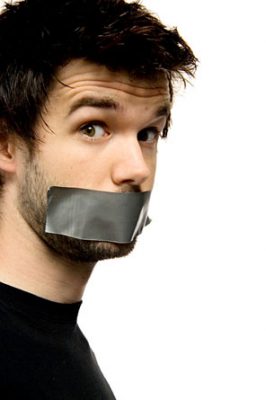 I recommend the duct tape method to you.

Instead of leaking all those energies, instead of virtue posturing, you could actually do the work you said you would do… even though it is hard.

For all the people who want to toughen up but want a system, I am going to do a few webinars… where you are going to promise unpleasant or hard things and they report back to me.

One of the symptoms of not wanting to toughen up, not want to face the piper, the tiger, of Life itself is a sudden drop in your vibration. Another is losing your sight capacity… if you had it on.

Let me know if you would like to be in an ongoing program to toughen you up. I don’t promise you will… it is still up to you.

One very important element: you need to have a strong ‘why’ or you will say: it’s not worth it.

And no one can help unless you are willing to ‘build’ a strong ‘why’. 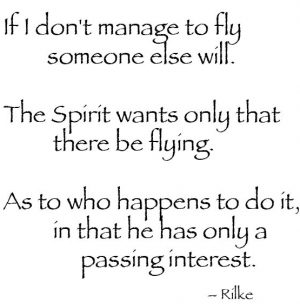 Interestingly, for me the strong why was the Rainer Maria Rilke poem, where he writes: the spirit is only interested in that there be flying. who is doing the flying, the spirit only has a passing interest.

And because I am very selfish, because my soul correction is that I ‘have to’ stand out, that simple quote helped me over any bumps in the road. I want to be doing the flying… it is the most important thing to me. If I can’t do the spirit’s flying, I don’t want to live.

You have to find or create something that will help you go over the bump, because there are a ton of bump in that road.

Don’t let the name of the course distract you from what’s important. It is called ‘Create a context for your life’

Without toughening up, no context will ever do anything for you.

Get into the context course before I start it…
In that workshop we’ll alternately enlarge your why and make your assignments tougher. So you come out on the other and stronger… with a higher TLB.