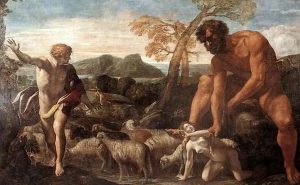 I have been pondering, for many years, what influence has caused humanity to deviate and not develop according to the blueprint that is clear from the DNA tree.

Something must have happened…

In a child’s life it’s being introduced to something they are emotionally not prepared for, like molestation, or witnessing the death of a parent, and a slew of other ways adults can and do corrupt a child.

That child never really develops along healthy lines… their development into an adult will be, in some way, corrupted. Interestingly, their corrupted development will be almost certainly predictable by their soul correction. Why? I have no clue.

The other day I was watching a youtube video…. 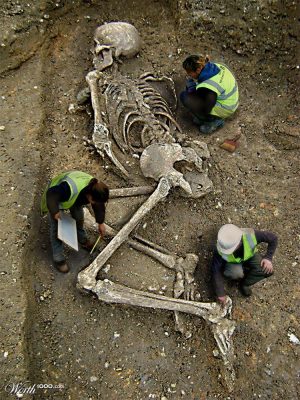 … that talks about the apocryphal (=not proven, questioned) books of Enoch, allegedly a Bible chapter that was removed from the official bible. The book of Enoch claims that earth had, in his time, been corrupted by the demons Shammazai, and Azazel. It talks about a giant race that was born from the sexual activity between demons and humans.

I don’t believe a word I hear, I don’t believe a word I read. As a rule. I am not a believer. I am of the persuasion: trust but verify. Trust but ponder it. Trust but text. My first ‘test’ is muscletesting while connected to Source. In ordinary language: ask Source. Source, according to itself, knows 70% of what is known… And my connection to that is 95%… 5% of the time I am swayed by my opinion…

Why aren’t my students ‘getting it’? Why can’t they do what I teach?

I asked Source about it. 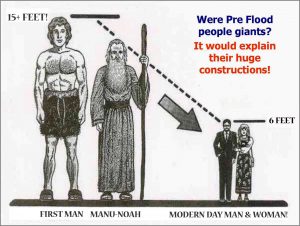 According to Source there WAS a giant race, humanoids, that was around 30 thousand years ago. I kind of hoped that it would explain the Egyptian pyramids, but the timeline doesn’t match… those were, according to archeologists, built approximately 2500 years B.C. But a giant more evolved race may be the answer to how humanity got corrupted and never evolved to where it was designed to evolve, designed by the DNA.

And if my experience with my students is any indication, with the known methods humanity has available to itself, the current humanity cannot return to its original path leading to the next evolutionary stage: human being and the thousand years of peace.

If my feelings are accurate, it all went awry, it went south with language. The ways humans use words, the way humans use language is stuck on the level of understanding where talk is cheap, and words are just words designed to describe what is.

The truth is far from that. Ultimately… 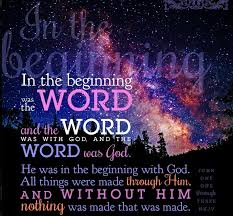 WORD is the most powerful force in the Universe… but its power is used, by people, to a degree of a puny 1%.

The Bible says: In the beginning was the WORD.

Whose word, what word… I don’t know. I am not religious, but when I consider the power of WORD, I tend to believe that one-liner: in the beginning there was word.

Yes and no. Unfortunately and fortunately not all words, not every word. Not in every circumstance. 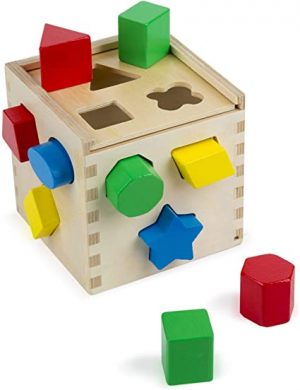 We, humans, use words like kids who want to force a square object into a round hole: not seeing, not recognizing, not having the awareness that the hole and the object are different.

But, unfortunately for humans, language is taught by other people, not educational tools, and by people who are as clueless about language as they were about round and square…

Here is the most missing and missed of all communication moves: declaration.

It does sound ordinary, and it does sound innocent… Humans think language’s role is to approximate reality, to describe it accurately. But if that is the case, how could the Universe, the physical universe have been created with words?

You are not god, you say, but what if you are… Being god is in degrees, not a yes/no phenomenon? Some people are more god than others.

What’s the difference? What is the yardstick?

Be prepared to be surprised!

The difference is in their use of language… to what degree they use language to effectively create.

We could say that the vibration I measure, the vibration Source measures is the degree to which you use your language to create… CREATE. CONSCIOUSLY. 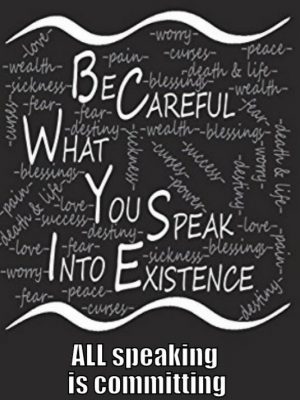 You see, we all create with language… but it’s not conscious. So we create what we don’t want.

The ‘Law of Attraction’ people say that we create what we want, the ‘Positive Thinkers’ say that… but they, gasp! don’t know what they are talking about. They explain the power with b.s. explanation… b.s. that by its nature is not true.

I have found my way to what I am teaching through years of bumbling about… trying different ‘modalities’, methodologies to help me out of my misery.

I truly hated my life, I hated myself, I hated what I did for a living, I hated waking up in the morning.

I tried everything and its opposite to fix it. OK, maybe not everything, but a whole lot… and it was expensive too. And very very very disappointing.

I think it was The Secret, the movie, that made me first ponder. Why that movie? 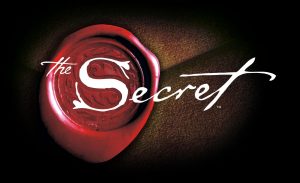 In the scene where the deaf actress playing a photographer writes on her body the word love, all over, was the eye-opener.

Don’t forget that I am an empath. At that point I was an untrained empath and a clearsensar too. I felt what that actress felt, I felt her feelings and I felt her emotions.

And I could feel her thoughts… It was the MIND that engaged, and the mind said ‘b.s.’ and the body responded, and it was tight, and she had her stomach clench, and there was nausea…

Not what they wanted to portray… is it? 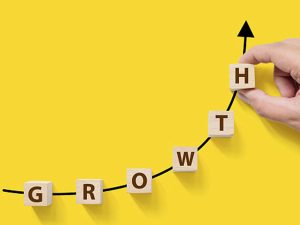 I have been leading a Growth workshop since July 22. What is it, six weeks? Seven?

And I just realized what is happening… And hopefully this insight will make all the difference from now on.

When I say something about the participant, individually or as a group, you can feel the shift. You can feel that something inside moves… I ask them to take a note…

When I asked them to read it back to them, the exact same sentence fell flat. Had no power to create.

This tells me two things:

But why am I on a higher god level?

I have been asked that question and I think I have an answer… and it may be THE answer: because of how I use WORD.

So how I use WORD moves me higher on the god level, and gives me more power to use WORD.

What if the ancient Hebrews, the Kabbalists were right about WORD being the ultimate power?

Your relationship to your word, to WORD, is what we call INTEGRITY.

It is also an inside job. It defines the relationship between what you can call the Soul, the Self and your two legged self…

Loving yourself is an experience. When you love yourself, you can do no wrong.

If you watch a toddler with their parent, they can do no wrong… or a puppy… The experience is safety, being loved, being cared for, being OK.

Freedom. Not liberty, mind you. The parent will pull you away from the hot stove, or the edge of the pool… Freedom is an experience. Liberty is a fact.

In that freedom you can soar. Liberty has nothing to do with soaring. Soaring needs boundaries, limitations in space and time… Freedom doesn’t…

Freedom is also an inside job. You give yourself freedom, freedom to soar.

The spirit wants to fly… and your physical self say: OK, fly. I won’t hold you back.

And there is self-love, there is beauty. There is joy.

This is what integrity really is.

In the Love yourself workshop I conducted two years ago we started this conversation. Five participants, all five on different levels of integrity.

I recorded that workshop and you can buy it.

This fall I am going to conduct workshops to continue the conversation, where we’ll take it a notch or two higher… So you can get access to your god-self, so your word can have power. 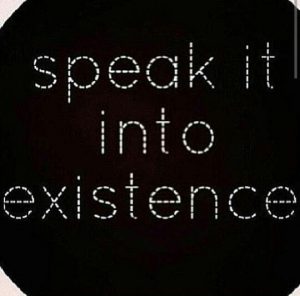 So you can create. Create yourself and then honor what you created. Not the self you have been honoring. You invented that self at around age three… and you’ve been that self, you against the whole world, you against yourself.

In those live workshops we’ll look at who you created yourself as… and we’ll see that the upset child was mistaken… so you have been living out of a mistaken conclusion of an upset 3-year old.

We’ll bring compassion, caring, love to that child, so it dares to let go… so you can have nothing occupy that space of “Self”… to get you to a space of ‘no thing’. In that space you can create. Create yourself.

You can create your direction too. New direction, bigger direction… it is up to you. The more godlike you…

You can track my journey up from miserable, suicidal wreck, to who I am today through the words I said. To myself.

It began in 1985 with setting my eyes of being the one who allows the spirit to fly.

I will write an article with all the declaration that caused my growth… I have to go back memory lane… My hunch is I had a dozen declarations, all creating a ladder of ascension… ascension on the god-scale.

Your biggest challenge is FEAR.

Fear harnessed is a huge power… fear obeyed is giving up on your word.

OK, enough nattering… here is the link to get the recorded workshop. You can sign up to the live sessions, or at least one… or wait till later.

As soon as you buy, you get admitted to the desktop version of the workshop… and I’ll, for now, manually enable the mobile version… meaning on your smartphone. If you don’t have my mobile app yet, you’ll be invited to it.

At this point the workshop is a solid hour and a bit. This week I’ll break it up to smaller segments so you can watch some parts again and again. Very educational.

Get the Love yourself workshop
My growth course participants will get a special price… but no discount on the base course price. I take care of my people… so help me god.