My trusty testing group is working on, OK, tasked to work on allowing a capacity activation to blossom into an epigenetic shift. the capacity is called ‘there is nothing wrong, nothing to fix.’

Epigenetic shifts are not as rare as the name would suggest: almost all of humanity has now made an epigenetic shift towards becoming fat… not the direction we’ve wanted to go, is it?

So it is all about growing up, and dropping childish notions and developing adult capacities.

Remember the children of the village that was frequently visited by a tiger?

Their dreams was age-specific.

The youngest dreamed about hiding from the tiger. 50% of humanity is stuck at that level.

Little bit older kids dreamed about outrunning the tiger. 10% of humanity is stuck at this level.

Little bit older than that kids start dreaming about outwitting the tiger. Most of my students are on this level, and 20% of humanity with them.

And the oldest kids dream about facing, confronting the tiger. 14% of humanity is on this level. 6% is uncategorizable.

You don’t go through these phases consciously. Insights shift the genes… once there is enough clarity…

My trusty testing group, particularly the ones who email me complaining that the capacity is not on immediately, even though, gasp, they have been practicing saying ‘nothing wrong, nothing to fix’ for a day or two.

No insights yet, it is the conscious will that directs the words, not seeing it.

When the seeing comes without the words is when the capacity starts, STARTS taking roots.

I remember Werner Erhard sharing a childhood story of him and his sibling planting a few seeds. His little brother, Harry, ran out and unearthed the seed to see if it is sprouting into a plant yet.

With regards to actions, with regards to efforts, this is the same level as the youngest in the tiger story: when you expect the action causing instant ‘reaction’, or result, or outcome.

So far from adult… decades of development from adult.

What happens when you are a 3-year old in your relationship to life? You’ll do things solely for the results. I do this and I get that… Still magical thinking.

No capacity to think far into the future, everything is about immediate gratification… and lots of frustration, disappointment, anger, and losing enthusiasm and energy.

The typical complaint of the 3-year old is ‘It’s not fair!’ Add the whiny voice… sulking, flat, sullen… That is a dead giveaway that the personal development of the person is still in the ‘it is supposed to be’ level, the level of development where everything is works according to magical rules, a certain order.

An evolutionary level of the 3-year old. Outcome dependence. Nothing wrong with it, but it doesn’t work very well when your body is older than that, but I guess, from the stories I hear, that even at age three that is a misery maker attitude.

Let me add, that for the 3-year old everything that doesn’t conform to his/her world view where things are supposed to happen, everything not conforming is wrong. Wrong, wrong, wrong.

“Don’t judge each day by the harvest you reap but by the seeds you plant.” – Robert Louis Stevenson

The 13 year old, in comparison, the level where you see that if it is to be, it is up to you, has no wrong in it.

When I measure your access to adult capacities in the Starting Point Measurements, I measure to what degree you have access to ‘nothing wrong/nothing to fix’.

When I get a response to a report of the starting point measurements, rarely, the response always reflects the evolutionary age of the person, both the words and the emotion that comes with the email: anger, or resignation… both are the observable part of the age.

I learned the expressions: outcome dependent/outcome independent from MY teacher recently.

My teacher, when I muscle test him, is developmentally 8 years old… and yet he forces himself, with conscious awareness, to be outcome independent, that happens at 13 year old.

My students, or some of them, when they say ‘there is nothing wrong/nothing to fix’ can see that it may be so… get the conditional?

But nothing is ‘not wrong’, and everything shows up with a need to fix it, so the core knows nothing about ‘nothing wrong’.

Not even at age 8… my teacher’s developmental age.

If you listened to his rants, you would know, he is very self-righteous. In his world, there is right and then there is wrong, and he will tell you about it. It irks a lot of people. Other people like that he is so outspoken. And I don’t agree with him about much, but his methods of producing results are undisputable… so I am his student for that.

A country, a world, where right/wrong is dominant, is ripe for tyranny, for a Hitler, for a Mussolini, for a Franco. dictators… or a Trump, who is cut of the same cloth, 3-year old through and through…

I heard an interesting statement yesterday from my ‘tech’ teacher. He says that when you dutifully practice something, you need 400 repetitions to make it instinctual. But when you practice playfully, for no reason, for no results, for no outcome, just for the fun of it, then 10-20 repetitions will accomplish the same thing.

I muscle tested, i.e. asked Source if this is true. No, said Source.

Is there ANY truth in it? yes.

The numbers are off? yes.

The correct numbers are: 900 is you are dutiful, expecting a result, 100 if you are playful expecting no results.

This is, I think, why most people need ten thousand hours to develop mastery… no playfulness. With playfulness the number drops to one ninth…

But playfulness is not really available if you expect any results.

I resolved never to learn, never to practice a skill on something that is important, or mine. This is why I always hired myself out for no pay. They may have been expecting a result, but I was free to play: no pay means you can do things wrong and no consequences.

If you don’t have the freedom to do things wrong, you’ll never have the joy, even when you do things right.

Now comes the important question: if most of you are three years old, how can you hope to grow up in my programs?

The answer is relatively simple: The DNA capacity ‘nothing wrong/nothing to fix’ allows you to SEE instead of THINK that there is nothing wrong… If you also have The Sight capacity open, then you’ll grow even faster.

The goal is to SEE first and THINK (verbalize) second.

At this point, saying the ‘mantra’, ‘nothing wrong/nothing to fix’ brings attention, brings consciousness to this yet closed DNA capacity… The more you ‘hammer’ away at it, the more likely it will open.

The trick is to be playful about it: expect no result.

What result are you expecting now? Relief from anger, frustration, or despair…

If you continue expecting a result, and lying won’t change a thing, I am not the judge!, it will take at least 900 repetitions to get some opening.

The shift towards overeating happened through years of overeating…

And another note: just saying the mantra but not SEEING is an ineffective action. And action that doesn’t count.

I teach a lot of this in my Instant Coherence Solution. It is called coherence, because the moment you shift the worldview, the frame you operate in, you become coherent, while if anything looks wrong or even right, you are instantly incoherent… and incoherence is unpleasant, and a stupid state…

And if you buy this recorded course before October 2nd… coming up really fast, I’ll add you to my trusty test group, activate the nothing wrong/nothing missing capacity, and measure your results daily… and send you an email. Worth, potentially hundreds, in some hands millions of dollars… depending on what you do with it… of course.

Go to the next step

PS: If you want to read more on outcome independence, lots and lots of articles, mostly amateur articles on the internet.

In essence, outcome independence is a stoic philosophy, in which you maintain a frame… regardless of what is happening. The frame is that reality is more important, or primary, to what you want to say about it.

Outcome independence, by the way, doesn’t only refer to ‘bad’ outcomes, it also refers to good outcomes.

If you do a little dance when you get a good result, you know that you are not outcome independent… the misery is around the corner.

Just like in bipolar disorder both the highs and lows are to avoid, so are in life in general. In fact, the way to manage bipolar disorder is to medically, chemically cut the highs… that is what Lithium, or its non-toxic cousin, Lithium Orotate does. When you cut away the highs, there will be no lows. Can you see the similarity? 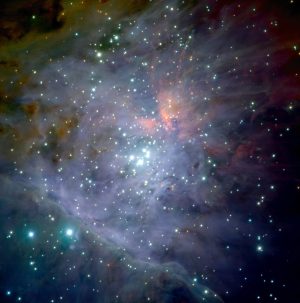 I quote from Reddit: When confronted with a problem, a Stoic would ask if it is something outside your control, or in your control. If the problem is outside your control, then a Stoic concludes that since there is nothing you can do about it, so you shouldn’t worry. Accept that, and move on. There is no point in wasting energy if you can’t affect the outcome. This is the reason, for example, I don’t even worry about the possibility of being struck by a meteorite as I type this. Yeah, it can happen, but there is nothing I can do about it, so why bother? On the other hand, if something is under your control, then, the stoic would say there is no reason to worry either because you can manage the issue! I don’t worry about breathing right now because breathing is right now fully under my control.

or in this article it says