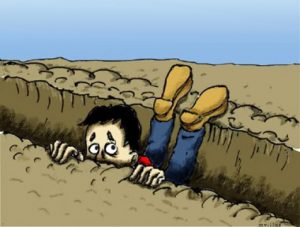 I looked at the current numbers of the epidemic in New York and in my city this morning.

I caught a glimpse that the websites now offer ‘mental health’ advice on how to cope. 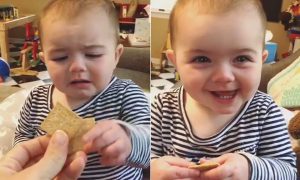 I read the advice, and noticed that it didn’t contain ‘get out of your rut’ type of ideas… even though when you watch little kids crying, diverting their attention is the only effective method of changing their mood… fast and effective.

But why don’t most people think about that, have that as strategy, you should ask.

Because we, as humans, seem to be slow to change, flat footed… heavy on our feet, stuck in our groove that is more like a ditch and getting deeper.

I used to be like this… and I am not any more. So what did I do that now I am light on my feet… and am not stuck in any mood for longer than a few seconds, at most a few minutes…

I took an active stance.

Taking an active stance in life is the answer to most questions… and yet very very few people choose to do that. Not because they can’t, but because they won’t.

When I was looking for a picture of ‘taking an active stand’ I found only pro-life, pro-choice slogans… what a world we live in! Ugh. 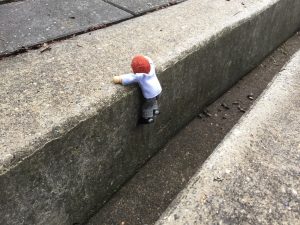 I am not going to deal with the questions of why… I am not here to save people from themselves. I am here to guide people who are willing… who will.

Even with those people who are willing, the inertia, the force to prevent movement is very very strong. 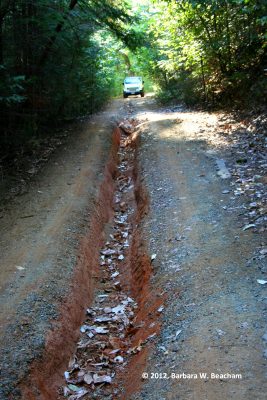 In behavior, inertia (in behavior) is the tendency to do nothing or to remain unchanged. Unmoved. The same. Flat footed. Passive. Slowly dying, decaying, inert.

With most people that is the enemy. No Life Force, no will to live, lacking vigor, dead before dying.

And yet, some people could take advantage, could move on their own motive power, yet refuse to.

What’s there that is more valuable that gaining LIFE over death?

I say it is the ‘little sh*t’ that wants to prove that your anger, hate, or claim that you can’t are valid, and therefore there is nothing to do and nothing to gain. 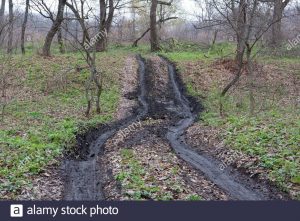 What does the ‘little sh*t’ hopes you get, by refusing to do anything? the question: What would happen if you proved by taking actions that are constructive and maybe effective?

You could prove either of two things:

1. You could prove that it was really silly and dumb of you not to take those actions earlier. For some people this is 10-20-30-40-50-60 years of being ‘wrong’ and not many people are willing to trade that for success, or happiness, or freedom, or for joy.

I guess having been wrong weighs heavier than the joy…

If they could turn it around, as is MY personal weapon, and look at the future of being the same, stupid, puny, little sh*t… then it would be clear that eliminating the habit of not doing anything is much more beneficial than being right about you can’t. At least for me.

When I looked at what ‘little sh*t’ I have still lurking, I set out to remove, annihilate them one by one…

I have no idea what is the benefit (the carrot)… but for me just the fact that I remove something undesirable, low and ugly is worth the effort.

2. The second thing that taking effective actions can prove is that your precious ‘I’ is not as talented, smart, high-minded as you have been thinking, and the idea that you should smell the coffee, that you should face the truth is very unappealing for most.

So they opt to lying to themselves instead. …and to me… 🙁

So how do you become light-footed?

That is actually a really tricky question because… because it involves quite a few capacities that need to be unlocked.

This morning I was doing a remote healing session. If you remember, the reason healing sessions are so difficult for me is because I have to feel everything, and everything to feel is unpleasant, irritating, itching, heavy, or the feelings of the client. ugh.

I feel what they feel when I think of them, or when I talk to them, or when I connect to them through their picture… but never as clearly as when I am connected on the third level of connection… during healing. 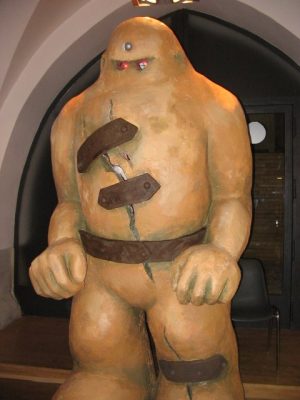 There is a ‘character’ in the Bible and Jewish folklore, Golem.

In Jewish folklore, a golem (/’go?l?m/ GOH-l?m; Hebrew: ?????) is an animated anthropomorphic being that is created entirely from inanimate matter (usually clay or mud). The word was used to mean an amorphous, unformed material in Psalms and medieval writing.

Golem is heavy and golem is flat-footed.

In Hebrew, “golem” stands for “shapeless mass.” The Talmud uses the word as “unformed” or “imperfect” and according to Talmudic legend, Adam is called “golem,” meaning “body without a soul” for the first 12 hours of his existence.

So for lack of a better word, I call the flat footed, heavy, unwilling to be proactive masses golem.

But we could also say that it is golem that sits on your chest, and you are afraid to disturb it… so you don’t ever move. 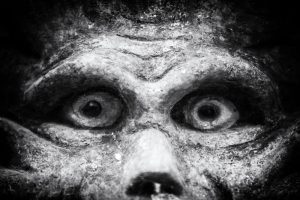 The only enemy of golem, or that heaviness is Life. And Life is courage. Curiosity. Movement. Change.

I had a custom t-shirt made for myself some 30 plus years ago that said: Fear is an opportunity to summon courage.

Courage becomes available at 200 vibration. Summoning courage. It is still not innate, but it is available. It doesn’t live in you, but it can visit.

One could say that what made me first lighter footed, and then light footed is that action that became habitual. 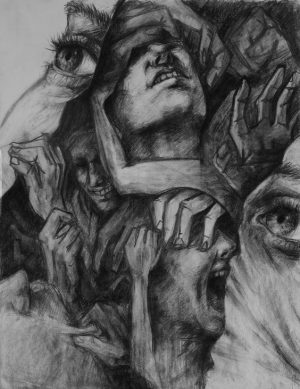 As an empath I even felt other people’s fear… so I summoned courage a whole lot often than when I felt my own.

The other day I was on a zoom meeting with some 70 Landmark people… There was the fear, thick enough to cut it with a knife, and there was the pretense happiness.

I needed to summon courage. I overdid it… but the important thing is: I had to do it… or I would have mired in the sea of fear.

Telling the truth about fear would have been an effective medicine: fear cannot survive a hard look. Fear is the sh*t hiding in tall grass…

So YOU can ease, lessen, and make fear ineffective by calling it out.

Once you conquered the fear, even for just a moment, you are free to look at right and wrong.

And attempt to see what you see, and see it change into neutral in front of your very eyes.

If it is not forthcoming, find a different vantage point to look at it… like another person’s… and more often than not the wrong or the right disappears leaving neutral in its wake.

Of course you need a lot of practice. But with practice you can turn your life around.

In the Instant Coherence Solution workshop we attempt to create a new context for different areas of your life. But…

But these invented contexts called Organizing Principles won’t live long (shelf life) if you don’t practice and achieve light-footedness… if you remain a golem.

There are at least two weeks before the live session (it has not been scheduled for this reason) so you have time to develop your ‘wings’… the Organizing Principle is a way of flying, having a bird’s eye view, and therefore not stuck in the mud, as your life is now.

If you are even just looking at the Instant Coherence Solution, roll up your sleeves, and start practicing now.

This is what I wrote to one participant who asked for guidance:

be proactive and create your wrong/right scenarios yourself… don’t wait for circumstances to give them to you.

looking at pictures, politics, news, stories are perfect for that.

whenever you see/hear something wrong or right, stop and stare at it until it turns into neutral.

do this day in and day out. if you SEE the neutral, you did it right. If you THINK neutral, you are still in the mind.

There is another way I practice to stay light-footed… Rob Brezsny’s horoscopes.

They ask you to look at life differently for a week or two… Near impossible to stay completely flat footed if you take the request seriously.

It doesn’t matter what sign’s horoscope you use… I mean it!

Here is this week’s horoscope from Rob

So it suggests that I figure out what I want, and do it, provide if for myself. Brilliant at any time, don’t you think?

You can read any of the horoscopes, and pick what you like… no matter what you pick it will be a different vantage point from your usual flat footed one.

Another practice, this one to allow myself to be wrong, to reduce the distance between my precious ‘I’ and my real ‘I’. As you know, I play Freecell as a spiritual practice. One of the goals of the practice is to help me turn my fingers at myself, at my actions, so I can have more power… Responsibility is your access to power…

So about two years ago I started to play each game until I won it. When I won it, I proved that the game was winnable, and I did something that wasn’t effective. At first it didn’t feel good… but then I noticed that my results got better: i did whatever I needed to do to prove that I can… that I am a match to that innocent looking game. lol… Talk about ego being really helpful in this instance.

If you are a regular participant, you need to do what I last told you to do… without resistance.

If you are not a participant yet, find out your starting point measurements. If the point: do you have enough energy to do the work, you can have a free talk session with me, if you want it.