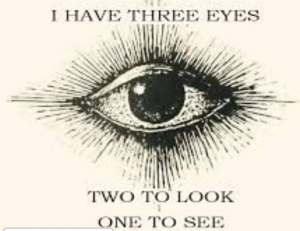 Why is having The Sight important to you? why is seeing important? You are not blind after all!

Religions that talk about the Third Eye are full of crap, by the way. Here is the Wikipedia entry:

The third eye is a mystical and esoteric concept of a speculative invisible eye, usually depicted as located on the forehead, which provides perception beyond ordinary sight

They make it sound a woo-woo thing… but the sight capacity, seeing what you can’t see, what is beyond ordinary sight is available and important in your day to day living.

The Sight, when used through looking, allows you to see what is now invisible to you.

What you are oblivious to. But you have to look… and you don’t even look. You want everything without having to do anything for it. EVERYTHING.

I have been trying to open up the sight capacity for people for month, and it’s been a near hopeless endeavor: even when it opened for a little bit, seeing only opened where you expected it… Not everywhere. Not the whole sight… not the whole capacity.

A spiritual capacity, like any intrinsic value, is like a diamond. A multi faceted gem. Opening it up only where you expected creates something nice, like a stone cut just to one smooth facet… nice, but so what? The world is richer… so you see something you haven’t seen… so what?

There is so much to see that you are not seeing.

Why is that an issue that you are not seeing much?

Because seeing gives you power. Power to make decisions that go someplace. that add to life. Your life. Decisions that take you to places it’s worth going.

You need to see something to make decisions, but when you can’t see you look into your mind, or you look to someone to advise you, and more often than not, your interest is not met: you are taken astray.

It is even beyond the other person’s self interest.

It is that even if you look into your own worldview for guidance, that worldview was created by a 3-year old, and it is an ideology.

A world view is a view of the world that spells out how it should be, how it ought to be, what you have to do, what you need to do, and what you shouldn’t… shouldn’t even think about. 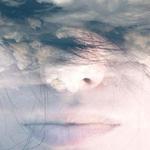 he only thing I want you to understand: no ideology is on the side of Life.

Life wants more life. That is the only thing we know for sure about Life. what else could we be sure if we looked? That Life doesn’t have favorites. To Life you have equal rights, and if you are stronger, faster, smarter, then you have more chance for more life than another who is lesser…

You see that society has different ‘rules’… That society is at odds with Life and what Life wants.

I had a day from hell yesterday. Not the whole day, but much of it.

You see, I am on the side of Life… have been for some time now… ever since I first discovered that I could be.

Mind you, it is also an ideology, so I need to be alert and aware, that my mind tries to make it a full blown ideology to make one thing right and another thing wrong. An ideology that is clear about what people ought to choose when it comes to choice.

Mind job, being on the side of Life, is to tell the Mind to shut up or hear it and keep looking.

For that you need the capacity of holding two opposing thoughts in your brain and be OK with it. One half percent of humanity can do that, the rest… can’t.

But most people don’t see two opposing thoughts… they can only see their ideology given thoughts… and occasionally hear something opposing… like me speaking… but occasionally and then it is drowned out by the ideology. 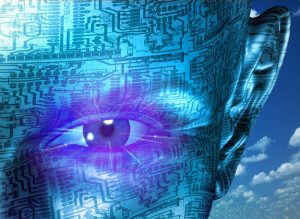 So the purpose of opening the sight is to have an opposing thought.

The longer you can refrain from acting, and keep looking, the more accurate, the more astute your decision is going to be.

The decision concerns: which idea is the right one… not better only, but the right one. that is what the mind wants you to decide.

I practice this by playing losing games in Freecell. I take a game where there is an impasse… and it is clear that there is nothing I can do. that is when the real game starts for me and the staring begins.

The mind says: it’s over. But I keep staring.

So far 98% of the time, after a long while, seems like days, I see something I didn’t see before… and that move has a chance to make the game winnable.

So my hellish day yesterday had everything to do with what I am talking about here. Ideology vs Life. 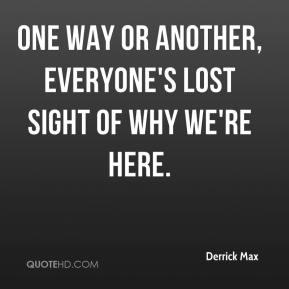 The character Ford has a theory of what the serial killer must be like, what race, what gender, what age, what level of education, what general attitude… The famous BAU profile, Behavioral Analysis Unit… that began with the character Ford.

He is a true believer of his theory, but it is unproven.

And here came another wrinkle that I would not have seen a week ago: the idea of being faithful to what is sacred to you…

Every time you can see something new, the world opens up for you and makes a lot more sense.

It becomes multi-faceted… instead of the right/wrong, should and shouldn’t binary world of machine-like as it is for 99.5% of people.

This is what I saw: There is this unit to develop a coherent theory to predict who probably did the crime to make catching the criminal easier and a lot faster.

It is Ford’s theory. His boss, his manager, the boss of this unit, when push comes to shove, isn’t faithful to the purpose of the unit, to the testing of the theory in the field… he is faithful to the prevalent ideology of law enforcement…

I see that all the time, by the way. Let’s say a person comes to me with some health issues. I advise them to do this or that…

When they go back to the family, the family opposes my advice. They suddenly take the person to the doctor who, judging from the medical profession’s current level of knowledge, lacks the knowledge, and is faithful to something that is sacred to it but not sacred to the patient: protocols, and making money. Oh, and avoiding lawsuits.

Killing the patient if they must, or treating them if that is more financially advantageous to the hospital.

For the medical profession Life is not sacred. They bow down in front of a different ‘god’.

As are some of my students.

Life says: when push comes to shove: you are number one. If you are dead, your offspring will die too.

The other day I saw a series of pictures of a lioness hunting an antelope, killing it, and when she tore the antelope open, it found a baby antelope inside. She, the lioness, tried to shake it back to life, but it was too late…

The lioness lost her appetite and lied down grieving. For Life.

OK… I bet you could catch a glimpse of what kind of things you may learn to see with the sight capacity.

But because the whole sight has proven impossible to open in one fell swoop, I am attempting to open it facet by facet… Facet as in the diamond’s cut faces. Facets.

The facet of the sight that validation opens up

The facet we’ll work on will be the idea that there are things to see about another person that we normally take for granted, we don’t think we need to say. But if somebody saw that about us, it would brighten our day.

In the short film, Validation, the most moving moment is when our chief Validator is told: you are great. He says: no one has ever told me that.

People thought that, because he was great. But no one bothered to tell him, because surely he know that!

There is a difference between knowing and being told.

The other day I told one of my students: you hold your wife sacred, and you are faithful to the sacred…

He pondered that, observed his feelings, and he felt pride. It was instinctual, or maybe ideology driven, so he was blind to it. But he hasn’t held anything or anyone else sacred. It was a first and it was a seed on which he can build more sacred… maybe all of Life…

Validation is a powerful tool of empowerment. For both the giver and the receiver.

Most of us experience ourselves powerless… I know I do.

Validation, what you are willing to see and appreciate, when given away, gives you power.

So, as you hear, the intention is to empower… not just to say the fact but convey its emotional meaning.

Yesterday one of my students said about me: You have a “bull dog” quality of never giving up, approaching something from many ways. Persistent and determined. Tenaciously going after something, repeatedly, over time.

It didn’t land as validation. It landed as a laundry list of annoying things about me, or clinical observations.

Maybe she thought that. but she didn’t say that.

Imagine that I would walk up to you and I would say: you have blue eyes (if you do). How would you feel? You would have the urge to slap me across the face, wouldn’t you?

But if I walked up to you and said: Wow, you have the most amazing blue eyes! You would feel being seen, you would feel that I have granted you life.

And that is what validation is about.

Opens your eyes, and gives life. Powerful, isn’t it?

If you want to participate in the Validation Challenge, a 30-day challenge where I

you can pay for the capacity activation plus re-activation. and that puts you into the challenge. The challenge can be priceless if you succeed. the more you allow yourself to see value, the more you can succeed.

Get your ‘The Sight’ capacity activated