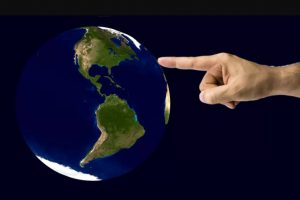 It’s fall again. My favorite season. I like the colors, the contrast, the smells. I also like winter. Spring and summer are not my favorites.

But… and this is a big but… without seasons there would be no life on Planet Earth… of, according to the National Geographic, only in the area of the Equator… no agriculture, no science, no evolution… and lots of bugs.

When I ask Source it says: there would be no intelligent life.

So the seasons have something to do with the livability of this planet… and the seasons come from the tilt and wobble of the planet.

This is not meant to be a scientific article

This is not meant to be a scientific article, because, unfortunately 99% of humanity is OK with benefiting from science, but not OK studying it, not even on the level of high school… which is puny. Time and time again I am stunned at the ignorance of my students and my clients…

After I was expelled from one ‘standard’ high school where I could get top grades without any effort, my father (smart man no matter what anybody says, lol) took me and enrolled me in the top high school of the country… and of course I became the bottom with my studying habits…

Studying habits? yeah… Not studying is a habit… lol.

Anyway, I straightened myself out, and become, with an awful lot of work, top of the class again… this time the top of the top.

And yet, I am still surprised that 99% of humanity is f… ing ignorant.

Ignorance doesn’t sound good, and no one likes to be called ignorant, but that doesn’t change the fact: you know very little about very few things… and you are not intelligent enough to know that.

What’s wrong with ignorance? Nothing, other than you can’t tell your ass from a hole in the ground.

And the one we have is even more ignorant, if that is even possible, than you yourself… If you are an exception, I am surprised. Pleasantly surprised.

But a good 50% of this country is populated with people who are on the same level as this bozo… and some of them I talk to… the bozo they say is the better choice… the other bozo (I know nothing about the other bozo, I don’t own a TV, I don’t read newspapers, and I have heard his voice for the first time yesterday. I also didn’t listen to the previous bozo… bozette? ever. I can only talk about the constantly talking current bozo with any kind of authority… because he can’t shut up.)

And this bozo is the reason I am glad I am old, because I don’t like the direction the world is taken.

But enough of politics… I am a hater… and if you are a lover, shame on you… That means that you are not paying attention. You have subscribed to the positive thinking B.S. hoping that your thinking will make things so… They won’t. Not in reality… no.

Anyway, as you know I am working on turning the capacity of seeing, in reality, on for people, and FORCING them to look.

It’s not going too well.

It is becoming more and more obvious to me that homo sapiens, although all the DNA would suggest otherwise, isn’t very able to come out of the cave of the mind and actually face the music.

Face reality and work with that… instead of the images on the wall of the cave of the mind.

Reality is offensive to people.

When, for some reason, they take a glimpse… they are offended. PERSONALLY offended.

That seems to be part and parcel with homo sapiens…

Homo sapiens is an evolutionary state… and when I look at the DNA, it is a low state compared to what the DNA makes possible.

People talk about using the brain to its fullest… but if and when you use the brain to do ‘calculations’ in the mind, you are dealing with data that has less than 1% likeness with reality… and your ‘calculations’ are going to result in actions that take you not where you want to get to.

I have two examples of making decisions from the mind:

One morning the partner calls in sick, so the driver has no one to look out for him.

At a famously dangerous intersection, he himself says… all clear… turns and bamm, has a big accident.

What happened? He said what the partner always said… but he said it from memory: he had no way to see the oncoming traffic. He spoke from the mind.

The non-existent mirror didn’t tell him that there is traffic in the lane where he wants to move to.

Now, these are actually funny, for you… Not so much for the dudes in the stories.

And they seem extreme… but they aren’t.

My first teacher used to say: go out to a place where you can see a lot of stars at night. Tell them what you think. Tell them your opinions… and experience how much your opinions matter…

You call your friends the people who do. Either because the trade with you: hopefully you’ll let them tell you their opinions… or they agree with you.

I call it a training… and it is. The inclination to say those things. The training is to remain neutral. Like the stars.

All opinions are from your likes and your dislikes. None of them have anything to do with facts, with reality, with anything other than the fact that you live in your mind… and are ignorant.

Good question. You are ignorant of reality… You don’t even know there is a reality out there and that you could look there instead of inside the cave. You really don’t.

The Validation Challenge is a disruption in that.

Your job in the challenge is to LOOK at people, at things, and have something pleasant to say about them. In reality… to another person.

Near impossible for most of the participants.

In that challenge I measure three things about people: their about-me score. The higher it is the more clearly they live in their minds. Their little-sh*t score: the higher it is the less likely they come out to reality (where it is cold, where there are cold facts… brrr… and do what they need to do there, in reality, based on the cold facts) and the third: if they managed to keep the capacity of seeing, in reality, value to acknowledge.

Last night as I was measuring people, I could feel as I would connect to each person, their attitude and mood with regards to the challenge.

The predominant emotion was: I don’t want to… And who can blame them? In the cave it’s comfortable, no surprises, the cave has wall to wall carpet, even heat, fuzzy… nice.

Two people actually like the challenge. They are enlivened by it. They are the exception. Maybe because them wanting to build a better future for themselves is overriding the desire to do more of the same… and remain where they are at.

We call the desire that you are willing to work towards, willing to interface with reality for AMBITION. When I measure that in your starting point measurements, that is what Source means. It changes, like everything else: it is not a constant.

Desire, what I measure in the Starting Point Measurements is all mind stuff… what you should have, ought to have, want to have, need to have, because… why? because you want it. Yeah, a reflection of a delusional mindset where just because you want it it will happen. This is the mindset The Secret, Esther Hicks, Teal Swan, JZ Knight, all the phony channelers. They play to your desire to get what you want without any work, any knowledge, anything at all.

In my upcoming course, Getting Guidance From Your Future Self, the title may change… I train people to connect to their Future Self… also could be Consciousness…

Consciousness is the Observer. The Witness. Fully and 100% in reality…

When you set the stage for your question precisely, then you can ask Consciousness aka your Future Self, what you can do with what you got to get closer to get to where you’d like to be, where the Future Self is.

People have a real tough time with this:

learn to get answers from your future self
The course has individual sessions. The price starts at $20 a session… and will rise $10 as I am getting more proficient at redirecting your attention to where you never look.

We start on Wednesday, November 4 at 4 pm New York winter time. The time difference will be back to normal with Europe. In Australia it is 8 am the next day. In China it is 5 am… not terribly early.

You can buy one session or many… and be grandfathered into the low price.

If you sign up before Wednesday, I’ll include a valuable bonus that I sell elsewhere for more than the session itself. I don’t want to say it here… because it would make many people angry. And if you sign up before Sunday midnight, I’ll also throw in a Starting Point Measurement… which is especially important because that way we can track how your numbers change.